There are a variety of parasites which can cause disruption in the intestinal tract. Infections caused by parasites are a very common trend in international travelers over the past couple of years. These parasites cause a lot of varied symptoms such as vomiting, chills, pain in the stomach, fatigue, constipation, diarrhea, loss of appetite and heartburn. It has been said that parasites are mostly acquired from the intake of food or water, which has been contaminated. Individuals who suffer from leaky gut syndrome have an impaired immune system and there is an imbalance in the gut bacteria as well so they are more prone to parasitic infections.

The question arises what exactly are parasites? Parasites are living organisms which reside on or in the host deriving their food at the expense of the host. They are so dangerous that if not treated in time, it can lead to occurrence of a host of diseases in the infected person. Some of the diseases caused by the parasites can be treated easily, whereas some are complex in nature.

What causes a blocked tear duct?

Mostly, individuals who have traveled to other countries and had food or water there, have a higher risk of picking up the parasite. Pork is a food item that is easily contaminated by parasites and worms. Parasites are also known to enter the body through contact with pets or food which is undercooked. Animal or human faeces can also lead to parasitic infection.

A detailed stool check-up can confirm if you are suffering from parasitic infestation. Once the diagnosis is done, it is very important to get rid of the parasites from the body. If you suspect a parasitic infection, then the best natural remedy would be to go for a parasite cleansing. One of the most common methods of parasite cleansing is to consume over-the-counter pills prescribed by the doctor, however the safer method is to go in for herbal ingredients.

In most of the cases, parasites do not produce any symptoms or it may show symptoms which would be similar to other medical conditions. However, the most common symptoms occurring during a parasite attack are lack of energy, feeling tired or weak, post-nasal drip, bloating of the stomach, forming of dark circles under the eyes, constipation, cramps in the muscles, gas, skin problems which become persistent, itching at the rectal region, pain in the joint regions, stomach cramps, diarrhea and lack of sleep.

Parasites are known to have an impact on any tissues of the body. There have been various types of medical disorders associated with parasites such as appendicitis, sudden gain or decrease in weight, arthritis and convulsions. Since parasites can easily enter the bloodstream, it becomes very easy for them to travel anywhere in the body. Since they can travel to any organ of the body, it can lead to problems which can get serious, if left untreated.

The problems are mostly not recognizable on time and in certain cases, the symptoms get confused with other medical conditions or the diagnosis done is incorrect. Parasites are known to damage not only while they are feeding on the cells, but when they eliminate their waste in the bodies itself. This waste from the parasites is not good for the body, it can tend to poison the body leading to overworking of the organs of elimination.

In this process, the immune system also weakens. Parasites enter the human body through nose, mouth or they can get absorbed through the skin. In certain cases, they can get transmitted through the insects acting as carriers. If the internal body environment is not healthy, it is the best place for parasites to survive.

To ensure that the colon and the intestinal tract remain healthy, one should maintain a proper balance between the good as well as the bad bacteria. If the ratio between good and bad bacteria is not maintained well or becomes disrupted, then the environment inside the body becomes favorable for the parasite to thrive upon.

What is parasite cleansing?

Parasite cleansing refers to the process of eliminating all the harmful parasites from the body, especially those which are present in the gastrointestinal tract. One of the most common methods of cleansing is to consume over-the-counter pills prescribed by the doctor. But the ill effects of pills are that they end up doing more harm than good for the person. The use of these drugs tend to pollute the body along with releasing certain chemical or toxins. In many of the cases, these medications do not have any impact on the parasites, since these organisms in the body are already immune to these medications, thus making them useless. These drugs end up making the strains of parasites stronger, instead of weak.

The safest and most effective method of cleansing would involve the use of herbal ingredients to get rid of the parasites. There are various herbal parasite cleansing products which mostly contain the extracts of herbs and plants such as ginger, curry powder, garlic, black walnut hulls, cloves and wormwood. Use of these herbal products create an environment in the gastrointestinal tract, which is not comfortable for the parasites ultimately getting rid of them in a way which is easy as well as gentle for the body.

If one intends to go for supplementation of killing parasites, then there are various anti-parasitic compounds which one can try. There are supplements in various brands available at the health store or drug stores. Also, one can preparing their own concoction of parasite cleansing using supplements for parasite killing, which are available in tincture form. Those would include olive leaf, garlic, black walnut and wormwood.

Apart from the herbal based formula, one can also go in for two of the important supplements to be taken for removing the parasites from the body. The first being the enzymes with hydrochloric acid and secondly, fiber. Those individuals who suffer from parasitic infection are known to have low levels of digestive enzymes and the stomach acid, which is known as hydrochloric acid.

Hydrochloric acid and fiber are the major natural defense systems of the body against these organisms which are contained in water and food. These parasites do not thrive when the body’s enzyme levels as well as the hydrochloric acid levels are present. Hence, in such instances, the individual should go in for consuming plant based enzyme formula along with hydrochloric acid which works well for optimization of digestion and also reduces the risk of another case of parasitic infestation.

It is very important to consume extra fiber when the individual is on a parasitic cleansing program since fiber as we all know helps to absorb as well as sweep out the bad form of parasitic toxins. Along with parasite cleansing comes some unpleasant symptoms as well such as headaches or a feeling of nausea. In such instances when one supplements for fiber, it would not only eliminate the harmful toxins from the body, but also reduce these unpleasant symptoms.

Diet becomes an important part when it comes to parasite cleansing. To kill the organisms living in your system and to get rid of the bad bacteria and fungus on which these parasites live, one should look to bring about change in their diet. You should follow a diet which is free from sugar and any kind of grain items. Paleo diet can be closely compared with the sugar free diet.

While going ahead with the parasite cleansing diet, it is recommended to even stay away from fruits. So you can go in for a simple diet consisting of a coconut smoothie for which you would need coconut milk, protein powder and chia seeds. During lunch time, go in for a mix veggie salad and for dinner, look to preparing some organic meat and use veggies as well. Stay away from sugar, fruits and grains as much as possible.

Pumpkin seeds are termed to be good in killing these parasites and getting rid of them. If you are on a parasite cleansing diet, then it is advisable to go in for half a cup or a cup of pumpkin seeds. One can also think of adding these seeds into a smoothie to be taken in the morning.

Below is the list of food items which one should stay away from during the cleansing program:

Foods to be consumed during the cleansing program

One can also go in for a total colon cleansing program as it will not only help to remove the parasites from the body, but at the same time it would lead to removal of any harmful toxins which get released by these organisms or worms. Hence, if one gets rid of these parasites or worms by doing the colon cleansing regime, they would also regain their normal health minus any sight of parasites.

Post the colon cleansing, one will find that the problems related to stomach and bowels have disappeared and the individual would also start to feel lighter from within.

How long does it take to go to the bathroom like normal...

More from FindATopDoc on Parasitic Diseases

How long does a bone marrow biopsy take to heal?

How is atrial fibrillation usually diagnosed? 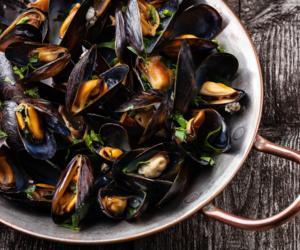