What is a Penicillin Allergy?

A penicillin allergy would usually occur to an individual when the body’s immune system tends to overreact to penicillin antibiotics. Penicillin is a drug that is used to treat various types of infections caused by bacteria. Penicillin allergy is a problem that can result in usage of less appropriate and more expensive types of antibiotic treatments. Hence, one should carry out an accurate diagnosis if he suspects an allergy caused by this antibiotic, so that he can ensure that the best treatment options are taken in future.

My son is training in skating. Does he require physical...

Have a question aboutPenicillin?Ask a doctor now

The common symptoms that an individual would experience pertaining to a penicillin allergy are hives, itching, and rashes on the skin. A severe form of reaction would be anaphylaxis, which can tend to impact multiple body functions. Apart from penicillin, there can be other drugs that can cause allergic reactions in certain individuals.

When it comes to drug allergies, penicillin is one of the most common drug allergens. Also, it is said that those individuals who have been allergic to penicillin would also be allergic to other kinds of medications that are closely related to penicillin. Those medications would include cefuroxime, cephalexin, and cefprozil. All these drugs belong to the category cephalosporins. Hence, it is always better to verify with the doctor before starting any medication and worsening the existing condition.

In many cases, individuals feel they have an allergy to penicillin, but it is not truly an allergy. Those individuals would be less sensitive toward penicillin as was the case in the past, or it could be an adverse reaction such as a side effect instead of a penicillin allergy. The best way to confirm whether it is an allergy or not is to conduct a skin test under the guidance of a dermatologist or allergist.

The various signs an individual would encounter after the exposure to penicillin are mentioned below. If not all, a few of these symptoms can appear, and the reaction would occur within an hour after taking the medication. Reactions that rarely occur can take place after hours or even days and weeks after the exposure to the drug.

The symptoms of a drug allergy would include:

Anaphylaxis: This condition is one of the common symptoms seen in most allergic reactions. It is quite rare, but it can also be severe and life-threatening. Anaphylaxis can lead to a widespread dysfunction of the systems in the body. Below are the signs that point towards anaphylaxis:

While serious, one is not likely to have an anaphylactic reaction when they have a penicillin allergy. The individual would experience a rash that looks quite similar to measles. This rash would have developed after a couple of hours or days after the intake of penicillin.

Rashes caused by penicillin: There are various or several types of rashes that can appear in an individual who is allergic to penicillin.

A penicillin allergy can also lead to other medical conditions that can tend to get serious. These are less common signs of the allergy and can usually occur mostly hours or days, and sometimes weeks, post exposure to the drug. These reactions can stay for a while after you stop taking the medicine. These conditions include:

Thus, it means that the very first time the individual consumed the drug, the immune system detected it as a harmful substance and released antibodies to the type of penicillin one consumed. Hence, the next time one consumes penicillin, these specific antibodies flag it as a red sign and direct the body’s immune system to attack the substance. Any chemicals that get released in this process of attack leads to the signs and symptoms one experiences during the allergy.

Penicillin belongs to the class of drugs that are antibacterial and are called beta-lactams. The medications that fall under this class of drugs are known to ward off any infections by attacking the walls of the bacterial cells. Apart from penicillin, there is another class of beta-lactams, which are commonly known to cause allergic reactions and are termed cephalosporins. If an individual is suffering from one type of penicillin allergy, then it is not necessary, but they can also be allergic to the other types of penicillin drugs or any drug that falls under the group cephalosporins.

Medications under the group Cephaslosphorins would include Cefdinir, Cefaclor, Cefazolin, Cephalexin, Cefadroxil, Cefotetan, Cefuroxime, and Cefprozil.

Allergy to penicillin is quite common, but there are certain factors that one needs to understand, since they can increase the risk of getting the allergy:

Visit to the Doctor

It is very important to visit the doctor if one experiences any symptoms that may indicate an allergic reaction to the penicillin drug or any other antibiotic that has been started recently. The doctor would ask you certain questions that you would need to be prepared to answer so that it becomes easier for diagnosis, as well as for determining the cause which is leading to the symptoms. The doctor may ask the below questions:

To get an accurate diagnosis, it is very important to conduct a thorough examination and appropriate level of diagnostic testing. Studies reveal that in certain cases, the allergies due to penicillin tend to get overdiagnosed, and the patient is likely to report an allergy which has not been confirmed yet.

The following methods can be used to treat the symptoms pertaining to the drug reaction:

I want to get pregnant but I have undergone chemotherapy...

More from FindATopDoc on Penicillin 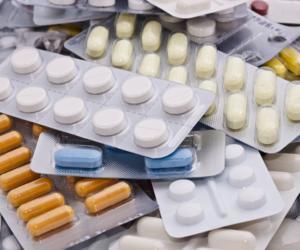 Penicillin and Other Drugs in the Same Class 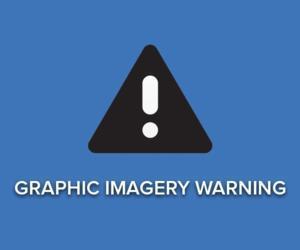 Is a rash normal with penicillin?

Penicillin and Other Drugs in the Same Class

Is a rash normal with penicillin?