A natural pest control method is the safest and nontoxic way of keeping pests away. Some spiders such as the brown recluse or black widow are poisonous spiders. There are about 38,000 species of spiders and over. Spiders are mostly found in cracks, crevices, and indoor corners at home. It is important to get rid of spiders to prevent poisonous spiders from inhabiting one's home. Some species are harmless whereas some are extremely poisonous. Other reasons for getting rid of spiders is that their cobwebs make the house look dirty and unhygienic.

Spiders prefer staying indoors for warmth. Moreover, they are also attracted by other insects. Spiders are seen more often in houses during fall and winter time due to a change in temperature. It is also their mating season. 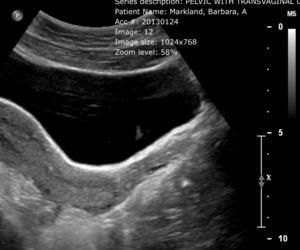 Spiders usually look for a warm place to lay their eggs. They inhabit areas such as cracks, crevices, corners, and unused areas. Use natural methods to get rid of them and never use harsh chemicals such as bleach or insecticides since they may have adverse effects on the surrounding people.

Essential oils such as peppermint oil have a fresh and earthy smell, which can help get rid of insects and pests. Other essential oils include cedarwood oil, pine oil, citronella oil, sweet orange oil which can ward off unwanted pest

Using essential oil against spiders is effective and the most effective one is peppermint oil. Even its closest spearmint oil is an effective insecticide. Other oils of clove, lemon, and orange also work wonders to repel ants and spiders.

For medicinal use, ancients used peppermint oil according to archeological evidence. The leaves were used in teas and ingested as food since many health-promoting benefits are associated with peppermint and its essential oil. It is great for the digestive tract and promotes good blood circulation. Moreover, it has anti-inflammatory and antiseptic properties. It also helps the respiratory system. Peppermint has a pleasant smell and acts as a good air freshener. In the digestive tract, it helps reduce spasms. When it is applied to the skin, it creates warmth, which helps relieve pain.

Peppermint oil is safe and eco-friendly. It is also a cost-effective method and an effective tool to control pest problems. Peppermint oil is an ideal choice when it comes to getting rid of spiders. There is no need of using harsh chemicals that can affect both humans and animals. A small amount of peppermint oil will work to ward off spiders.

The advantage of using peppermint oil is that it smells good and forces the spiders out. Aside from spiders, it also works to keep ants, mice, and most insects out. Most spiders hate the smell of peppermint oil. Pure peppermint oil is strong and disliked by spiders and other pests. To use peppermint oil, dilute peppermint oil and put it in a spray bottle. Dilution will help prevent skin irritation and the oil will also last longer. Spray this mixture wherever you feel spiders tend to go.

Spiders are unwanted creatures in a home. They belong to the arachnid family and their body is covered in hair. Majority of spiders live for almost a year. They can sense smell and taste with the help of sensory organs located on their legs and feet. Since spiders taste and smell through their legs, the application of peppermint oil becomes an effective solution because they will avoid crawling on anything fragrant.

Peppermint oil possesses repellent chemicals that help get rid of spiders. However, peppermint oil must be applied after 12 hours as its strength may begin to deteriorate after this time. It is a natural method of repelling spiders and also prevents the risk of the family being exposed to harmful chemicals.

Peppermint oil can also be used for cleaning and disinfecting houses since it has antiseptic properties. Aside from effectively repelling spiders, the pleasant scent of the oil can also freshen up any room.

There are various ways of using this oil to repel spiders. Adding some oil to a bottle and mixing it with water is the easiest and best way to go.

This peppermint oil spray needs to be applied more often. First, apply once a week and then check whether the spiders reappear within that week and then spray accordingly if needed after a few days.

The method of soaking cotton balls in peppermint oil can be done every spring and fall. However, in places with warmer climates, it would be recommended to keep them whole year round.

You may find peppermint oil at grocery stores or local health stores, although not in large quantities. Peppermint oil is also available in soap and candle-making supply stores.

Nebulizing diffusers only send the particles of essential oil into the air, which are strong and powerful. Water is not needed and pure particles are sent into the air. Another advantage is that at a time, different essential oils can be used. However, the choice should be made properly.

Peppermint leaves can be sprinkled in places where spiders run most often. Peppermint plants can be placed outside the house to repel spiders. Moreover, wiping peppermint oil along the entry points will keep the kids safe from slipping.

Peppermint oil has no side effects. If the peppermint mixture is not strong enough, then the spiders may still enter your home. Hence, by trial and error method, you can determine how much water and peppermint oil should be mixed.

Taking peppermint oil in small doses is safe, but a larger dose may cause confusion, muscle weakness, dizziness, nausea, and double vision. Also, skin irritation may occur due to peppermint's menthol content. To avoid accidental ingestion, keep children and pets away from this mixture.

Do not spray the whole house. Spray a small area at a time, and open the windows for fresh air. Peppermint inhalation is toxic for dogs and cats according to the American Society for the Prevention of Cruelty to Animals (ASPCA). For this reason, avoid spraying the peppermint oil mixture in areas that can be accessed by pets.

It is still unclear why spiders hate peppermint oil and other essential oils, but one theory has suggested that spiders dislike strong odors, since their sensory organs are located on their legs they may avoid crawling near fragrant oils. Another theory suggests that essential oils contain monoterpenoids, which are found at least to some degree in all essential oils.

These monoterpenoids are fumigants and may possess insecticidal properties. Another theory suggests that traditional chemical repellents can be substituted by essential oil, which can repel home invaders such as ants, spiders, and other insects. However, peppermint repelling arachnids has only shown anecdotal evidence.

Hence, other control measures can be tried such as:

There are several essential oils that can be tried out to repel spiders. The essential oils include eucalyptus oil, tea tree oil, lavender oil, citronella oil, and lemon oil.

2. Wash windows with ammonia and kerosene

Make a mixture of ammonia and water and wash the inside and outside of the windows with this mixture. Then after the windows dry, rub down the windows with a newspaper dipped in kerosene. The kerosene, after evaporation, will leave a thin film, which will repel spiders.

3. Get rid of whatever attracts spiders

Basically, spiders want a home, food, and a place to breed. If they do not get this, they tend to leave the house or die naturally. Get rid of other insects like bugs that may serve as food for the spiders. Seal the cracks, repair crevices or holes, and put a yellow light bulb that repels bugs and other insects.

Keep your house clean and free from dust and dirt, especially the place behind refrigerators and stoves since they are are the places where spiders usually build their web. If the place in your house is not comfortable, they will not breed in your house. Using a vacuum cleaner will help in keeping the place dust-free. A messy hole is an attractive place for spiders and other pests.

These insecticides are included in more than 3,500 products, which are commonly used in agriculture, in and around the household, pets, clothing, and mosquito control.

Pyrethrins are regarded as natural or botanical insecticides, which are made from the chrysanthemum flower extract. This insecticide works by impairing nerve function that leads to paralysis in targeted insects of pests. Paralysis in insects eventually leads to death. Pyrethrins are also used as prototypes when it comes to the creation of man-made insecticides called as pyrethroids.

Pyrethroids act similarly to pyrethrins and are longer lasting. Both of these insecticides impair the insects’ or pests’ nervous system, which eventually leads to death. They are usually available in the form of liquids, dust, foggers, or bug bombs.

Carbaryl is a chemical that can be used to control or kill insects. It is the common name for the chemical l-naphthyl methylcarbamate. It can be used to kill bugs and spiders by impairing their nervous system. This insecticide is available in the form of granules, liquid, dust, trap forms, or wettable powder.

Many online sources have revealed that spiders hate the smell of peppermint oil. By spraying this minty oil, the spider is discouraged from that area and abandons its web. However, the spider can also make a new web in another area or the same area once the smell has become less or has gone away. So the exact problem of managing the pest is not completely solved by this method. Hence, it turns out to be a temporary solution and will not permanently chase the spiders out.

What can an orthopedic doctor do for spinal pain?

Do I need a tetanus shot after hurting myself on a...

What Is Aortic Valve Regurgitation?

More from FindATopDoc on Peppermint Oil

What is topical anesthetic gel used for? 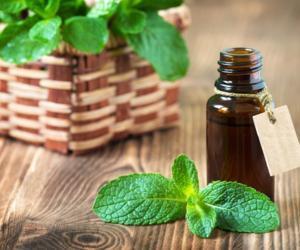 What are the Benefits of Peppermint Essential Oil?

What are the Benefits of Peppermint Essential Oil?