Pete Davidson is a 24-year-old American actor and comedian. He is also the youngest cast member on Saturday Night Live (SNL).

Davidson opened up about his decision to quit smoking weed on an Instagram post – “just wanted to let you guys know I’m okay. I know I’ve kinda been missing, on social media and on the show. I quit drugs and am happy and sober for the first time in 8 years.” He revealed that his primary reason for using marijuana was due to his diagnosis of Crohn’s disease, a chronic condition that causes inflammation of the gastrointestinal tract. 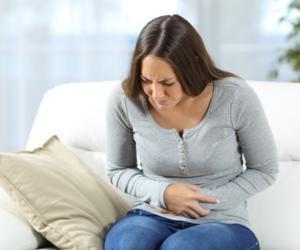 He added, in a recent podcast, "I should've just said, 'I’m quitting weed,' because now people think I do drugs."

“I got Crohn’s disease when I was 17 or 18 and I found that the medicines that the doctors were prescribing me and seeing all these doctors and trying new things … weed would be the only thing that would help me eat. My stomach would be in pain all day and I wouldn't be able to eat, but then I'd smoke and I can eat and do my shows. I wouldn't be able to do SNL if I didn't smoke weed. I wouldn't be able to do anything, really. Me performing not high has gone awful. It's awful for me, because I don't feel well,” Davidson said. “I know everyone's offended today, but I kind of do get a little offended when people are just like, you're just a pothead watching cartoons. I work really ... hard and I take care of my life, and I need weed in order to do that because I have — I'm sick, I have Crohn's, so it sucks,” he added.

A personal decision to quit despite the benefits

Although he did stress that quitting smoking proved to be difficult, Davidson is content and optimistic for what the future will bring. “It wasn't easy, but I got a great girl, great friends and I consider myself a lucky man. I'll always be here for you guys, I promise. Remember to never give up hope because sometimes that's all we got. We are a family and I appreciate all your love and support. It's nice to be back in action,” he wrote. It remains unknown whether Davidson found an alternative method to coping with Crohn’s disease; however, he has made a shift towards betterment in his comedy routine.

Despite Davidson's personal decision to quit smoking weed, for individuals coping with chronic diseases such as Crohn’s disease, research suggests that medical marijuana could offer therapeutic effects. That is, use of medical marijuana could help to alleviate symptoms associated with Crohn’s by reducing inflammation within the gastrointestinal tract. While medical marijuana is becoming available among several states, doctors stress that patients should be extremely cautious when it comes to its use. “There really isn't data to tell us that it’s effective for Crohn's disease,” said Mark Gerich, Assistant Professor of Gastroenterology in the Division of Gastroenterology and Hepatology at the University of Colorado.

Medical marijuana use for IBD

A recent study published in the Israel Medical Association Journal observed the use of cannabis in 30 patients with Crohn’s disease who had not responded to any standard methods of treatment. The patients all revealed that their overall health had improved with the use of medical marijuana. “Of the 30 patients with Crohn's Disease, 21 improved significantly after treatment with cannabis… The mean number of bowel movements decreased from eight to five a day and the need for other drugs was significantly reduced… the number of patients requiring steroid treatment was reduced from 26 to 4. Fifteen of the patients had 19 surgeries during an average period of 9 years before cannabis use, but only 2 required surgery during an average period of 3 years of cannabis use… The observed beneficial effect in this study may be due to the anti-inflammatory properties of cannabis, but additional effects of cannabinoids may also play a role. Cannabinoids influence gastrointestinal motility and, in particular, have an anti-diarrheal effect,” said Timna Naftali, Specialist in Gastroenterology at Meir Hospital and Kupat Holim Clinic in Israel.

The risk of masking inflammation

Cannabis also comes with particular risks, including disguising persistent inflammation and thus leading patients to believe they are in remission when, in fact, they are not. “Because IBD [Inflammatory Bowel Disease] is an illness that lasts a lifetime, patients and their physicians should concentrate on discovering the cause of symptoms and pinpointing a treatment that will control them without causing adverse side effects. Using a substance such as marijuana to alleviate symptoms only masks the actual problem” said R. Balfour Sartor, Head of the National Scientific Advisory Committee of the Crohn's & Colitis Foundation of America.

There is also a link between cannabis and an increased risk of surgery in individuals with Crohn’s disease. Therefore, doctors advise that medical marijuana should be limited strictly to controlling painful symptoms only in patients who do not respond to standard methods of treatment. Even then, each patient must be assessed by their doctor (registered with a state medical marijuana program) to determine their medical history and overall well-being as a way to predict responses and whether medical marijuana is a viable option for that particular patient. If the doctor agrees that it is an appropriate treatment option, the patient will receive a certificate that will allow him or her to apply for the state’s medical marijuana program. Upon registration, the patient will receive an identification document that they can use to obtain their prescription from a pharmacy.

Some individuals have strong views on the subject of medical marijuana, believing that it can offer positive outcomes, such as temporarily alleviating pain and nausea associated with Crohn’s disease. Others, however, believe that it is a harmful drug that will only mask the underlying cause and potentially cause complications in the treatment for Crohn’s disease. Despite its widespread and legal use in several states, there is not enough research conducted on the subject to determine whether medical marijuana proposes long-term positive or negative outcomes. There is also not enough evidence to support a recommended protocol for use of medical marijuana. To date, there is ongoing debate about its use and the possibility of complications, such as cannabinoid hyperemesis syndrome (CHS). However, such issues remain controversial as researchers continue to study the connection between medical marijuana and pain management treatment of Crohn’s disease.

How Keeping a Simple Food Log Can Help Manage Crohn's.... 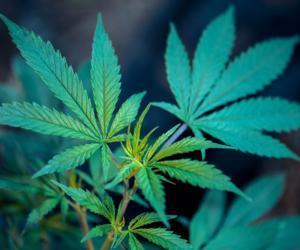 What's the Difference Between Medical and Recreational... 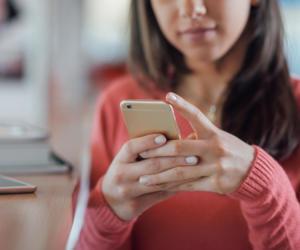 My gastroenterologist has referred me to a proctologist...

How to Take Control of Crohn’s Flare-Ups

Does Crohn's or Colitis Put Someone at Risk for Another Disease?