Prozac is also known as Fluoxetine. It is one of the most popular anti-depressants among doctors. The drug increases certain kinds of extracellular cells of the neurotransmitter serotonin. Serotonin is very essential in the fighting of depression, negative thinking, and mood swings in an individual.

This drug is very effective in reducing the depression experienced by some individuals. Although this drug can be very effective, this drug has several side effects. One of the most common side effects caused by Prozac is weight gain. Weight gain can be a significant health problem. There are several reasons behind the weight gain, and some of them are mentioned below:

One of the reasons for the weight gain side effect of this drug is the sudden appetite change. With the use of this drug, the appetite of a person changes, and he starts eating food in a free manner. The pituitary gland can be affected by this drug, and the hormones may cause an increase in hunger. This, as a result, causes our body to gain weight.

Several drug interactions are also responsible for the weight gain an individual may experience. It is important to note that several drugs interact with this medication. This drug releases certain chemicals in the body, which, after reacting with certain organs, may cause the problem weight gain.

Improved taste can be a reason for the increased weight for some people. It is obvious that with the improved taste, people will eat more, and this will cause weight gain. The improved taste is caused by the drug, as the drug makes the taste buds act in a way that the sweet taste buds become more active.

Since this drug is an anti-depressant, it can make our body less depressed. As our body is less depressed, we start feeling more happy, and this will automatically lead to the generation of the hormones that can increase the desire to eat. This will ultimately cause the increased weight and contribute to the weight gain problem.

The problem with the increase in the weight of a person is also linked to the factors of motivation. Motivation can come from literally anything. After using this drug, our bodies get less depressed and our bodies start regaining the proteins. Due to reduced stress, we become motivated somehow, so we start eating more and more, thus causing this basic problem of the weight gain.

The cases of weight gain after using this drug are increasing, and in some way, they can be related to the side effects of the drug. The drug contains various components which directly affect the neurotransmission system of our bodies. It reduces the tension and other kinds of stress from the body.

These also cause side effects on the body, and our body starts behaving in a way that it just starts gaining more and more protein. This accumulation of the proteins in the body causes the increase in the weight. Hence, the side effects can also attribute to the weight gain in a person.

Use of this drug can make the body stress-free and can remove various kinds of problems. In the social dining, we start eating more as we are stress-free.

The dosage of the anti-depressant is the most important factor which is responsible for the influence of drug. Taking the doses of this drug has a high impact on the weight gain of the person. If you are taking a high dose of this drug, then you might be getting away from depression, but this can lead to the increased weight among patients. It is advisable to get the dosage prescribed from the doctors to avoid the weight gain problem.

Different people have different body structures, and hence this thing causes for different effects of the Prozac in the body. Some people get affected in a very early age of taking this drug, and some people have less impact on the weight gain of a person.

Weight gain is due to the side effect of the Prozac on the body. This side effect makes the body eligible to acquire more of the protein in the body.

Weight gain is also dependent on the factors where each and every individual is not the same. For some of the people who have good health and physique, the propensity of the weight gain is much higher than those who don’t have an established physique.

In the people who have already acquired good physique, with the application of this drug in the body, they get stress-free, and hence the chances to get different protein in the body also get increased. In this way, in those people, the weight gain problem becomes a common one. People who don’t have a healthy physique don’t get affected as much by the side effects of the Prozac drug in the body.

Their body doesn't have the required proteins and minerals, and with the effect of this drug, their body starts eating more and more proteins, and they still don’t reach the stage where they can be called a person gaining excessive weight.

Also, the weight gain problem among the different individuals is accredited to the factors like the individual immunity. Several people have different immunity levels to the changes in the surrounding. It helps in protecting from any kind of unprecedented change in the body. It is seen in a report that people who have a slightly higher immunity level are more prone to the problems of increased weight gain.

The weight gain is formed by the excessive intake of the proteins in the body and the ability to digest that protein in the body. The people who have a tougher immunity are known to be affected much by the weight gain, and they acquire weight easily.

Problems like obesity, diabetes, and high blood pressure become common, and, as a result, our bodies suffer a lot. With the improper meal, this problem of the weight gain becomes more profound. People start eating meals in a very improper manner, and they start eating the meals at any time. This creates the problem of the weight gain among the individuals. The weight gained in the whole course leads to the various problems. Hence, improper meals can be said to be a contributing.

Prozac is a drug which finds its use in the stress reliever and relieves the problem of excessive stress in the body. Our body start experiencing various kinds of other benefits. Despite this, it has some of the side effects which affect our whole body and creates a problem.

All of these problems are not permanent, but they are common problems. It is wrong to discard the usability of this drug because of its side-effects.

My daughter is overweight at 8 years old. What should... 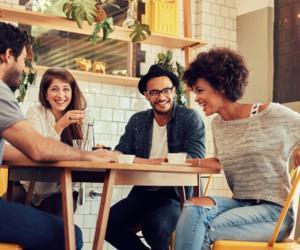 8 Ways to Build Relationships That Will Bring Out the... 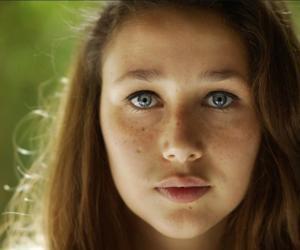 15 Ways to Tell Someone Is Lying

What are the symptoms of depression?

How to Stop Beating Yourself Up and Heal Your Life