When 28-year-old Emily Mannon was diagnosed with rheumatoid arthritis (RA), she had one upsetting thought on her mind: What if I can’t play video games anymore?

When 28-year-old Emily Mannon was diagnosed with rheumatoid arthritis (RA), a chronic autoimmune disorder that primarily affects the joints, she had one upsetting thought on her mind: What if I can’t play video games anymore? But she was not upset just because of her passion for playing video games. Someday, she had hoped to make a career out of gaming. 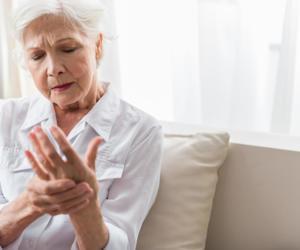 A behind the scenes look

Mannon, who works full-time for GameStop, is a celebrity of Twitch games with around 5,000 followers. Her gaming days began as a child and her favorite game to play was Fable on Xbox. Although she has years of experience, Mannon said that she believes her skill is not the reason she has been able to gain such a large online following. “I would have to say that people watch me because I make them laugh and forget about the pains and terrible things that they may be dealing with. I’m like an escape for people, and in turn, they may donate or subscribe to my channel to show their appreciation” she said.

Three years ago, Mannon started streaming her game playing for viewers to watch. Now, if they enjoy it, they can donate or subscribe to enable her to continue in her streaming efforts. “My boyfriend and I had just moved and got way better Internet, so I said why not try and see if I like it. I had always watched people stream and even supported some of my favorites, so I set everything up and I hit ‘Go Live’” she said.

There are some games that Mannon would say she is pretty knowledgeable about and others can watch her get better and learn things. But there are also games, like Fortnite, which she says that occasionally result in her falling off the map or falling to her death. “But people find it funny and watch anyways” she said.

During her appearance at Highlanders Hero Con in April of 2018, Mannon provided visitors with a glimpse into what she does. She played a broad range of games, including Overwatch, Fortnite, Monster Hunter, PUBG, and Destiny 2.

Staying in the game with RA

For Mannon, being a woman in the gaming industry has never been a problem. “I get the occasional troll telling me to go make them a sandwich, to which I respond, ‘I’m busy winning. Go make me one,’ but those are few and far between. Most men are very welcoming and are glad to see a girl playing video games who is good at the game and knowledgeable” she said.

As for her arthritis, Mannon stressed that she has found medication that helps to keep it under control so that she is able to continue gaming. She is delighted to be able to continue to do so and bring joy to others. “I have a lot of people come into my channel because they feel welcomed and wanted, that they have value that they may not think they have” she said.

Promoting engagement with an ‘invisible’ coach

With technology advancing at a rapid speed, an emphasis is being placed on getting individuals moving, rather than encouraging them to led a sedentary lifestyle. A new approach is now being incorporated not only in homes, but also in gyms, community centers, physical therapy offices, and rehabilitation centers. Called “exergaming”, some video games now combine exercise, encouraging players to get up and get moving. Made popular by the Nintendo Wii, these interactive games rely on a handheld controller or sensors to track the body’s movement, all the while aiming to improve strength and range of motion. Many of the games even allow starting at a beginner level and increasing the level of difficulty as one advances, thereby stimulating motivation achievement.

According to a 2014 study published in the Journal of Physical Activity and Health, researchers found that 30 minutes of exergaming counts as moderate physical activity, burning roughly around 226 calories. In fact, these games have particular benefits for individuals with chronic conditions, such as arthritis and fibromyalgia. “For people with arthritis, it can also take their mind off of their joint pain” said Rachel Proffitt, an occupational therapist and assistant professor at the University of Missouri, in Columbia.

Of course, certain games may be risky for individuals with arthritis, as they may be too intense for one’s range of motion. And then, there are also games that include a lot of repetitive movement and can lead to overuse injuries. For this reason, it is often recommended to consult with one’s doctor or physical therapist to determine if the moves are considered safe for the joints.

A trend on the rise

Gaming is often blamed as one of the main causes of obesity in modern society. But now, this new breed of interactive games may be able to put a stop to the culprit. The interactive aspects of exergaming, including attention to details in a virtual environment and decision-making, all have a positive impact on cognitive function. Not to mention the beneficial effects on working memory, multi-tasking, problem solving, planning, and attention.

Whether an individual’s goal is weight loss, stronger muscles, or fitness, exergaming has something to offer. It guides players toward focused exercise goals, all the while allowing them to retain a sense of game playing. It also helps to maintain enthusiasm, consistency, and activeness by adding a form of entertainment to one’s exercise routine.

However, as with any type of exercise program, the benefits greatly depend on duration, intensity, and frequency. Exergaming is not a substitute for traditional exercise, nor is it meant to be. It is merely a great addition to working up a sweat and boosting one’s health in a multi-pronged approach. “It’s one thing to be active occasionally or try something for a week or two, but to get the most benefits from physical activity, people need to integrate it into their daily life for several weeks or for several months to really see the health effects” said Amanda Staiano, an assistant professor at the Pennington Biomedical Research Center at Louisiana State University. 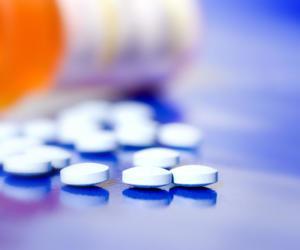 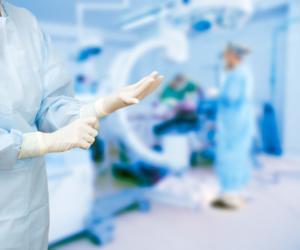 Surgical Therapy for Rheumatoid Arthritis: Is it Worth... 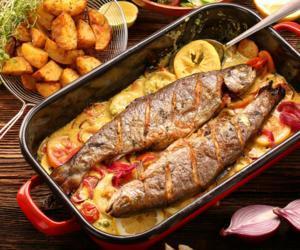 Make Sure to Include These Foods in a Rheumatoid Arthritis...