Transcranial magnetic stimulation (TMS) is emerging as the safest of brain resetting methods that can transform the way doctors treat many brain disorders, including Parkinson's disease.

Science has long dreamt about the ability to selectively stimulate or inhibit various centers in a brain without the need for surgery and anesthesia, finding a technique that is safe and reversible. TMS is a method that provides the ability to manipulate various brain centers without the need for surgery or compromising on the alertness of the person. 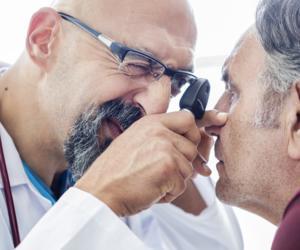 Although traditionally many methods have existed to stimulate the brain, some are either non-selective or require brain surgery under the general anesthesia. Hence, the risk of irreversible damage to the,brain in those methods has been high, not to mention the countless side effects and hazards of such procedure.

Most of the brain stimulation methods are used along with pharmacological therapy to treat disorders of the brain.

Electroconvulsive therapy (ECT): also used to be called electroshock therapy, is the therapy often seen in films. It is the oldest form of electricity-based method that has been used to reset the brain. As it causes convulsions, it is done under general anesthesia. And now, this technique is strictly reserved for severe types of psychiatric problems.

This is the oldest of the methods, and it is the basis of all the electromagnetic therapies used to reset the brain. It has been used in psychiatry for almost a century and used to treat major depression, schizophrenia and other psychiatric conditions that fail to respond to the medications.

The reason why this is now a reserved method is because of its side effects like memory loss, muscles aches and other disturbances.

Vagus nerve stimulation (VNS): it is an invasive method as an electrode is implanted inside a person to continuously stimulate the vagal nerve. It is a nerve that takes signals to and fro from various internal organs. VNS has been shown to be useful in major depression that is recurrent and resistant to medications. Though helpful, it is invasive and requires surgery. While it is quite safe, it also suffers from the limited number of studies in other disorders so it is limited in its application.

Magnetic seizure therapy (MST):  inspired by the ECT, but considered to be safer as it uses magnetic impulses in place of electricity. In this method, high-frequency magnetic waves are used to induce convulsions like electroshock therapy. All the indications are similar to ECT, and quite like ECT, it has to be performed under the general anesthesia. Side effects are identical but milder as compared to ECT.

Deep brain stimulation (DBS): It is an invasive method, but had a benefit of selectivity. It involves the implantation of electrodes inside the brain with the help of surgical procedure. Implanted electrodes are continually fed with electrical impulses from the small device implanted in the chest. This method has shown great success in treating the tremors and stiffness related to Parkinson’s disease.

It is also being tested in other conditions like depression, obsessive-compulsive disorders and many more. But the most significant limitation of this method is that it involves brain surgery and implanting electrodes directly into the brain. So, not only is bleeding a risk, infection and many other unforeseen effects like confusion to mood swings can also be cited as risk factors.

TMS the most promising approach to the brain rebooting

Unlike all the methods mentioned above, TMS offers many benefits. It is entirely non-invasive as the electromagnetic impulses are applied through special apparatuses applied on the head. There is no need for surgery or anesthesia. It does not cause any convulsions, nor is it indiscriminative like MST or EST. It has the benefit of being selective to specific neural centers, thus having selectivity similar or even higher to deep brain stimulation minus the adverse effects and risks.

Most of the people who have undergone the procedure say that they do not feel much discomfort. In some cases, they say that they feel as if the woodpecker is pecking at some place in their brain, while others may feel some small discomforts of another type.

TMS also offers the colossal freedom in experimenting with various frequencies and techniques as its effects are milder and reversible. It is entirely non-invasive and painless procedure that can be used along with functional magnetic resonance imaging (fMRI) and electroencephalography (EEG) thus providing the ability of better monitoring.

By changing the frequencies and intervals between in impulses, it can be made to either inhibit or stimulate the various centers in the brain.

Unlike other methods of brain stimulation, TMS has a high resolution of few millimeters; it means that TMS is highly useful in studying the physiological role of various brain centers. By using TMS, researchers have been able to stimulate even the most subtle of movements like fingers, hands, arms, and legs.

Because of its high resolution and ability to selectively and safely stimulate any part of the brain, it has broad usage in experimental science. Utilization of TMS in the rehabilitation of brain function after a stroke has also being studied, with early investigations already showing the encouraging results.

TMS has already shown the effectiveness in treating depression and has been approved for the cause. Though at present it has been approved by the FDA only to treat major depression, experiments show that it is quite safe and effective in treating even mild or moderate depression. Moreover, it is a procedure that can be done in outpatient departments. Although it is more labor intensive as compared to antidepressant drugs, however with further research, it could quite possibly emerge as more efficient and safer method.

Another area where TMS has received much attention is in relieving the symptoms of Parkinson’s. Pooled evidence from the analysis of various clinical studies indicates that it improves the symptoms of bradykinesia and tremor in those who have Parkinson's.

TMS is slowly emerging as the most promising method to reboot, stimulate, or inhibit the brain centers selectively and safely. Hence, it is being studied in other problems like chronic pain, tinnitus, affective disorders, schizophrenia and much more. Though it may not treat these diseases, it is quite likely that TMS can lead to prolonged remission in these ailments without the need of taking toxic drugs that are otherwise used to treat these problems.

Though the benefits of TMS has been demonstrated in a wide array of medical conditions, it has still not been approved by FDA for other disorders, except for major depression. 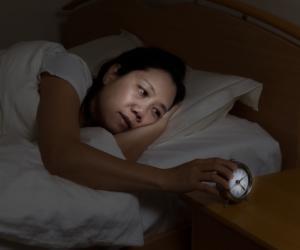 Tips for Sleep With Parkinson's Disease 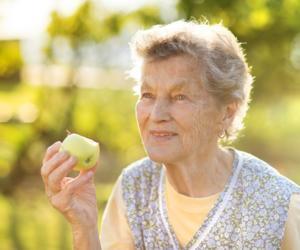