What is Reflex Sympathetic Dystrophy?

Complex regional pain syndrome (CRPS) is also medically termed as reflex sympathetic dystrophy syndrome (RSD). This is a condition which often leads to chronic pain in which high levels of nerve impulses are sent to the affected area. There are studies that suggest that CRPS is usually caused as a result of dysfunction in the central or the peripheral nervous system.

CRPS is known to mostly affect people in the age bracket of 25 to 30 years. Also, it is known to affect women more than men. This syndrome can also affect children. RDS or CRPS currently have no cure.

What are the Types of Reflex Sympathetic Dystrophy?

CRPS is sub-divided into two categories:

The Type I CRPS is a chronic nerve disorder that mostly occurs in the arms or legs post a minor injury. It is also called RSD or reflex sympathetic dystrophy, Sudecks atrophy, or algoneurodystrophy. Demonstrable nerve lesions are absent.

The Type II CRPS is also called causalgia, and it is caused by an injury to the nerve. It has evidence of obvious nerve damage.

There is no single known cause for RSD. It is a result of multiple types of causes that produce similar symptoms. There are some theories that suggest that the pain receptors that are there in the affected site of the body become responsive to catecholamine’s, which is a group of nervous system messengers. If the cause of RSD is injury, then the probable cause would be triggering of the immune response, which leads to inflammation in the affected area. The inflammation will cause swelling, redness, and/or warmth in that area of the body. Thus, it is believed that this syndrome can also result in the disruption of the healing process.

What are the Symptoms of Reflex Sympathetic Dystrophy?

RSD symptoms vary in length and severity. One of the symptoms concerning RSD is intense and continuous pain that tends to get worse over time. If RSD occurs post injury, then it can be seeming out of proportion to the severity of the injury. In case the injury occurs in the finger or toe, then there are chances of this pain spreading to other parts, such as the entire arm or leg. In some severe cases, the pain can travel to the opposite parts of the extremity. Below are other symptoms of RSD:

Due to any kind of stress, such as physical or emotional stress, RSD can tend to heighten. Patients can have either of the below-mentioned types of disease progression.

1st Stage – This stage is often characterized by extensive burning pain at the affected site of the injury. There are other signs, which include muscle spasms, stiffness in the joints, mobility restriction, rapid growth of hair and nails, and lastly vasospasm, which means changes in the color and temperature of the skin.

2nd Stage – The second stage is characterized by more intense levels of pain. There can be swelling, which would tend to spread. The growth of hair starts diminishing, and nails also start becoming brittle and cracked, as well as spotty and grooved. The patient with osteoporosis would start feeling it more severely and diffused. The joints would start to thicken, along with muscle atrophy.

3rd Stage – In this stage, the individual would encounter irreversible changes in the bones and the skin. The pain in this stage becomes very severe. The movement of the affected area becomes more restricted, and there are contractions in the flexor tendons. In few of the cases, the person would also encounter a dislocation of the limb from its normal position, along with the bones softening and thinning, which disperses more widely along the bones.

There is no specific diagnostic test to identify the occurrence of RSD. However, by conducting some tests, the possibility of certain other conditions can be ruled out.

It can be difficult to make a firm diagnosis of RSD in the initial stage of the disorder, since the symptoms can be very few, and if there are any, then they can be mild. RSD can be primarily diagnosed through thorough observation of the following signs in the individual:

Since, as previously mentioned, there is no foolproof cure for RSD, the main aim of the treatment would involve providing relief from the symptoms. The various therapies that the doctor can use are physical therapy, psychotherapy, and use of medications, such as corticosteroids, narcotics, topical analgesics, antidepressants, osteoporosis medicine, and anti-seizure medication.

Physiotherapy – The main idea of this treatment is to try to provide relief from at least a few of the symptoms pertaining to RSD or CRPS. This therapy would be given in conjunction with occupational therapy. Physiotherapy is known to play an important role in the functional restoration of the CRPS limb. This therapy is used in addition to other treatment methods, such as implanted devices or medication. This therapy helps to restore the affected limbs by using various forms of exercise, such as muscle strengthening exercise, gentle movements, and some other additional light workouts for the overall body. One of the other therapy options, called occupational therapy, also provides help and provides tips to learn different ways to do everyday, routine tasks. To do so, one should carry this out by pacing the activities over the course of the whole day so that they do not get tired easily.

Exercise – When one is suffering from CRPS, one should not self-do any kind of exercise without expert guidance, since an expert can correctly guide you on the exact workouts to be carried out targeting the affected area. They would also provide support and encouragement.

Water therapy – For those individuals who can tolerate water, water therapy can do wonders and is a good form of rejuvenation. This therapy would make you feel weightless in the water, thus enabling one to carry out those exercises which ordinarily become difficult. One can also go in a hydrotherapy pool, where the temperature of the water is warmer than the usual pool temperature. This can also help to solve the skin problems, where the skin becomes too sensitive to changes in temperature.

Medications – CRPS does not require specific medicine, since there is no complete cure for this medical condition. Hence, other conditions and symptoms are taken into account, such as antidepressant drugs and pain relievers. This would also include opiates, which provide relief from pain. The doctor would try different types of medicines to see which one would suit the body and provide relief from the symptoms. Inform the doctor if you encounter dizziness, nausea, or vomiting after starting a new medicine so that they can change the drug or alter the dosage of the medicine. Below are a few of the medicines that can be given for the treatment of CRPS, but note that this is not an exhaustive list.

Neurostimulation – This stimulation is not only given just in the region of the spinal cord. In this procedure, there is no involvement of surgery, but it would involve multiple sessions post the initial one.

Non-invasive – The Calmare therapy is considered to be one of the best non-invasive and non-pharmaceutical treatments. This kind of therapy is used for individuals who are chronic pain sufferers. Calmare therapy is often considered to be painless, and it’s a drug-free device, since it tends to block the pain message that comes from the brain over a series of daily treatment. This treatment requires several electrodes, which are very much similar to those used for an ECG. The electrodes provide a pain-blocking message to the brain. There are also no known side effects of this therapy.

Psychological therapies – Those individuals who have been diagnosed with RDS often have problems that are associated with conditions such as post-traumatic stress disorder, general kind of stress, depression, and anxiety attacks. In such varied conditions, one may find it hard to relax, and it would get extremely difficult to cope without the support from friends and family. Hence, there are many psychological treatments, such as relaxation techniques, general counselling, cognitive refocusing, and cognitive behavior therapy.

Below are some other treatments which can be recommended by the doctor:

Intrathecal drug pumps: Implanted catheters and pumps would be used to send the medication, which relieves pain through the spinal fluid.

Sympathetic nerve blocks: These nerve blocks are done in a variety of ways and also provide a significant amount of relief from the pain for some patients. One kind of such block would involve the placing of anesthetic next to the spine so that it directly blocks the sympathetic nerves.

Spinal cord stimulation: In this stimulation technique, there are electrodes that are placed next to the spinal cord. This would offer relief from pain for many people.

Surgical sympathectomy: This is a controversial technique, since it involves the destruction of all the nerves that are involved in RSD. Some of the experts believe that this technique has certain favorable outcomes, while some others feel that it tends to worsen the existing condition of RSD. Hence, this technique should only be considered by those people whose pain has been dramatically but temporarily relieved with the selective blocks technique.

Turmeric: Turmeric is a very common Indian spice. It has properties that provide relief from pain. Turmeric is sold as whole root, capsules, or extract powders. Turmeric is used throughout the Indian history for controlling any kind of pain. It is also beneficial for vitality and longevity. It is rich in anti-inflammatory properties. It is easily available. One can add turmeric in warm milk and drink it. It has proven to be very beneficial for overall health.

Vitamin D: Patients suffering from deficiency of vitamin D tend to experience chronic pain. Vitamin D is very much essential for the body, so that it processes the much needed calcium and maintains strong and healthy bones. One can take supplements of vitamin D or include milk in the regular diet.

Magnesium: Foods rich in magnesium are very beneficial for the body, since magnesium helps to improve the overall circulation and is also known to relax the muscles and joints, which get stiff. There are various supplements available that contain magnesium, but one can also consume Epsom salts as an alternative. Add this salt to the bath so that the body absorbs magnesium directly in the skin.

Ginger: This is a very common type of root found in the Asian region. Ginger is also used in various cuisines. Ginger is known to possess anti-inflammatory properties; hence, it reduces the inflammation, helps in joint pain, and also increases smooth circulation. There are ginger capsules or powders available, but the common method of consuming ginger is by drinking ginger tea. As part of added benefit, ginger is also known to help with motion sickness and nausea.

Can Hashimoto's thyroiditis be cured?

What point do you press for stomach pain?

What could be the cause of high PSA levels?

Does working in a lab cause lung problems over time?

How to control RSD 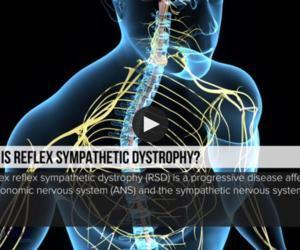 What Is Reflex Sympathetic Dystrophy?

How to control RSD

What Is Reflex Sympathetic Dystrophy?