Vitamin B2 is also called as Riboflavin. This is one of the important vitamins which is known to act as an antioxidant within the body, boost the energy levels in the body, maintain healthy blood cells for smooth functioning of the body, prevent damage of free radicals, protect and promote healthy skin and eyes, contribute to the development of body growth, promote healthy metabolism and many more.

Like all B vitamins, the vitamin B2 is a water-soluble vitamin due to which this vitamin needs to be obtained from a healthy daily diet and then needs to be restocked often so that one should not suffer from riboflavin deficiency.

Is my vitamin b12 deficiency from my change in diet?

All B vitamins mainly help in digestion and obtaining energy from the foods which we consume by converting the nutrients from different food types like carbohydrates, fats and proteins into functional performing energy. Riboflavin or Vitamin B2 is also required for smooth functioning of every single cell present in the body, hence a deficiency of riboflavin or any B vitamins can lead to innumerable side effects.

Vitamin B2 teams up with other B vitamins to become “B Vitamin Complex”. Hence, the amount of B2 vitamins in the body needs to be higher to help the other B vitamins such as folic acid or B6 to perform their job properly.

The main function of vitamin B in the body is to contribute towards better health of the nervous system, health of the heart and blood, reduce inflammation in the body, balance the hormonal function, promote good health of the skin and eyes, maintain a healthy metabolism and improve the digestive function.

Deficiency of vitamin B2

In the developed nations, there are rare cases of deficiency of vitamin B2 since most of the food products with refined carbohydrates contain a good amount of riboflavin. Also, eggs and meat which are also commonly consumed are a good source of vitamin B2. The required dosage for male adults is 1.3 mg per day, whereas for women it is 1.1 mg per day.

Those people who suffer from deficiency of riboflavin such as anaemia, thyroid dysfunction, eyesight issues, migraines, severe headaches and any other condition should increase the intake of riboflavin to the necessary limit so as to correct the underlying medical problem and avoid it from worsening.

Symptoms pertaining to the deficiency of riboflavin are:

Sources of vitamin B2

Out of the above food groups, below are few specific food products which are best sources of riboflavin:

Riboflavin and other B vitamins are usually found in whole grains and products enriched with carbohydrates such as cereals, breads, pastas and granola bars. These are the foods which are enriched with various vitamins and minerals including riboflavin once these foods are processed and the naturally occurring nutrients are destroyed or removed during the processing stage.

The main reason for people not having deficiency of riboflavin is because people mostly consume processed and packaged products, which contain refined carbohydrates. Thus, the daily need of riboflavin is being met in most of the situations. However, one should note that by consuming these packaged foods, one is consuming the synthetic version of riboflavin or other vitamins which has been purposefully added to the food rather than it being naturally available.

Those food products with synthetically added vitamins will add the words “enriched” or “fortified” on the packaging label. This is very different than the unprocessed foods wherein these vitamins are naturally available such as eggs, meat and few vegetables.

Health Benefits of Vitamin B2

Below are the details and the proven benefits of vitamin B2 or riboflavin:

Supplements or Dosage required by the body

Below is the daily recommended dosage of riboflavin based on age:

Taking supplements won’t harm the body, but it is best to consume wholesome foods which are natural sources of vitamin B2 and other essential nutrients. With the intake of a balanced diet containing a variety of non-processed foods which are rich in various nutrients, most people would acquire vitamin B2 and also avoid the deficiency.

If you are taking riboflavin supplements, then it is best to get such products from a good reputed health store and also ensure the quality of the product. It should be made from real food sources. Vitamin B2 is also required to activate folic acid and vitamin B6.

There is yet no known risk being claimed to prove that overconsumption of vitamin B2 could be dangerous for the body. Since it is a water soluble vitamin, excess vitamin which is not needed by the body is excreted within a few hours. Hence, it does not pose a threat.

Those who frequently consume supplements or multivitamins may come across slight change in colour of the urine, it turns out to be bright yellow colour. This is nothing to be scared of, as this is due to the riboflavin which we have ingested directly. This yellow colour urine is a sign that the body is absorbing the vitamin properly and there is no riboflavin deficiency and any extra riboflavin is being excreted by the body.

Those people who take medications which have an effect on the absorption rate of vitamin B2 should be more careful before consuming any supplements. These interactions are minor, but you should have a word with the doctor if one is taking any of the below medicines:

B12 injections have caused inflammation for my husband....

Is my vitamin b12 deficiency from my change in diet?

All About Vitamin B5 and Why We Need It

More from FindATopDoc on Vitamin B 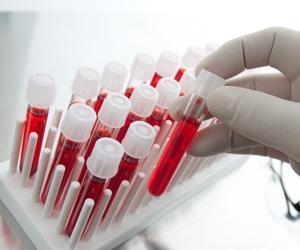 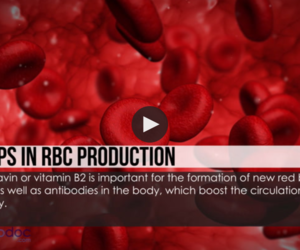 Why You Need Riboflavin

All About Vitamin B5 and Why We Need It

B12 injections have caused inflammation for my husband. Why did this happen?