Ringworm is a fungal skin disease. The fungi live on the skin surface and skin follicle. They feed on dead skin tissue and hair. The most predominant fungus that can cause ringworm is Microsporum canis, which can affect the superficial layer of hair, nails, and skin. Medically, ringworm is defined as dermatophysis, which is characterized by round or irregularly shaped markings. These markings over the body appear in patches and are often raised. Because of the circular lesions, ringworm was thought to be caused by worms, hence the name.

The lesions can be distinguishable by hair loss. Dogs that have immunosuppressive disease or are living in a stressful environment are at a greater risk of getting affected by ringworm. Seven to 17 days after exposure, the lesions from ringworm become apparent. Contact with an infected animal or exposure to any contaminated materials of the animals, such as their collar, bedding, or grooming tools, can spread the infection. 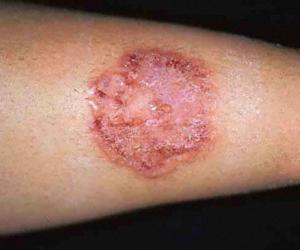 Have a question aboutRingworm?Ask a doctor now

Consult a qualified veterinarian if you feel your dog has been infected. Ringworm can spread from the dogs to humans, since it is contagious. Usually ringworm does not cause any bothersome symptoms, and it is not itchy, but it can cause hair loss and scaly skin, which can create an environment ideal for secondary bacterial infection. This can be even more irritating. Weeping sores can be caused by scratching, licking, or biting at the areas that are affected.

Symptoms of Ringworm in Dogs

Round hairless lesions are the common symptom of ringworm. The hair loss areas are raised and circular with scaly skin that is dry and crusty at the center. At the outer edges, there is the raised red ring. This ring gradually increases in size and becomes irregular in shape. In humans, a characteristic “ring” can be seen, but it may not always appear on dogs.

Patches of hair loss are visible. This is because the ringworm fungus causes the shaft of the hair to become weak and break. Commonly, lesions are found in the ears, paws, face, and tail. They are scaly but not itchy. The infected skin area becomes reddened and inflamed. The signs of ringworm overlap with signs of other skin disorders, such as bites from flies or other external parasites, localized demodectic mange, and hair follicle infections.

Some other symptoms include:

Typically, ringworm appears in one primary area, but in a dog's body, it can occur anywhere, including the face and legs. Patches may increase in size, but they do not spread from one location to another on the body of the dog. If the dog has an impaired immune system or underlying medical condition, then the ringworm may spread.

Causes of Ringworm in Dogs

It is caused by one of several different fungal organisms, such as Microsporum canis, Microsporum gypseum, and Trichophytin mentagrophytes.

Commonly ringworm infections occur in hot, humid climates. Ringworm infections are self limiting; this means that on their own, in a matter of months, they resolve. However, in order to avoid its spread across the skin to other body parts and in order to avoid its spread to other pets and people, it is better to treat the infection immediately. Hence, if your pet has ringworm or if you suspect that the pet has ringworm, care must be taken immediately.

The ringworm causing fungus may remain dormant for up to 18 months.

Ringworm is caused by three types of fungus. They can spread across humans and animals. Ringworm is commonly caused by Microsporum canis.

Microsporum canis - they feed on the keratin of the outer layer of skin, nails, and hair of the cats and dogs.

Microsporum gypseum - mostly found in South America, and they live in soil.

Trichophyton mentagrophytes - they are found in moist areas, and they are also known as athlete’s foot in humans. In animals, it manifests as ringworm.

As this disease can mimic a number of other skin disorders, this disease is probably over diagnosed. For accurate diagnosis of the infection, several tests are available.

The owner is asked for a thorough history and then complete physical examination is done. Patches of hair loss and dry scaly areas are given more attention.

One of the following tests needs to be done for diagnosis:

The veterinary and laboratory personnel should be careful when taking samples and handling animals suspected of having ringworm. They should not touch circular patchy hair loss areas on the skin. When handling such animals, the vet and the owner should wear rubber or latex gloves.

Goals of the Treatment

Ringworm can be effectively treated once the organism causing the disease is identified. The aim of the treatment is to identify the fungus causing the disease and to eliminate it. It is necessary to restore the hair coat back to normal condition and prevent the infection from spreading further.

If left untreated, ringworm will run its course in two to four months and resolves on its own. However, to save the dog from suffering and in order to cut down the period of being contagious, treatment is recommended. Applying topical medications, administering oral drugs, and treating the external environment is the three step approach in treating ringworm.

Cleaning, vacuuming, mopping, and disinfection of the environment in which the dog lives should be done thoroughly.

Using bleach solution, rugs and bedding should be washed.

Bleach should be mixed at a 1:10 ratio. It kills 80% of spores. Steam cleaning of carpets and furnishing can also be done. This also kills a large number of spores.

Microsporum canis vaccination can be given, but it is not very effective in preventing ringworm.

Wear gloves while applying ointments and creams, or else wash your hands after treating your dog.

It is best to treat the disease aggressively, since ringworm is contagious. Although the infection gets treated in three to four months, precautions should still be taken. People with immunodeficiency disorders should be cautious when around such pets with ringworm infection.

The hair loss may continue to increase in size, even after the treatment. This is normal. After two weeks, these patches should decrease in size and then grow back to normal. If no improvement is seen, then tell the veterinarian. All areas of the house should be disinfected and kept clean. The quarantine area should be vacuumed properly. Use a mop and a bleach solution in places, particularly those where the dog is kept. To disinfect the floors, radiators, vehicles, and windows that are used by dog, Lysol can be used. Wash the bedding, collars, and grooming equipment. If clipping is done, dispose of the hair carefully.

By preventing contact between infected and non-infected animals and people, ringworm can be prevented.

Fungal cultures cost $45 on an average. The Wood Lamp’s method can cost $20 - $50 on average. Once diagnosed, if the test results are positive, the veterinarian will start the treatment. Topical ointments and cream may cost anywhere between $20 and $100. If combined with medicated shampoo, it will add $10 to $35 per bottle. The last treatment method suggested is use of oral antifungal drug. It is used for about six weeks and may cost on average $20.

How are ringworm infections treated in babies?

Can my daughter go swimming with ringworm?

Last 6 months I was suffering from ringworm. What do...

More from FindATopDoc on Ringworm

I had a ringwom infection a year back and now I'm relapsing.... 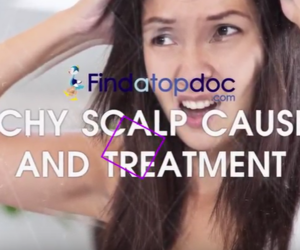 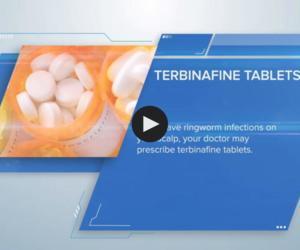 Ringworm of the Body and Scalp

How are ringworm infections treated in babies?