Parkinson’s disease is a neurodegenerative disorder that severely incapacitates the patient, rendering him or her unable to perform certain tasks — especially in its more advanced stages. Fortunately, when compared to other neurodegenerative disorders, such as Alzheimer’s, Parkinson’s is arguably one of the diseases in its category with the most positive prognosis; considering that those who suffer from it usually live long past their initial diagnosis. However, the symptoms can still severely limit a person's physical capabilities and can complicate even the most simple tasks, like eating, performing household chores, or even walking from point to point.

Parkinson’s is characterized by the presence of motor symptoms such as tremors, instability, and rigidity, associated with the death of dopaminergic neurons in the patient’s substantia nigra. The death of these neurons and subsequent lack of the aforementioned neurotransmitters is the main cause of these motor symptoms. However, Parkinson’s has also been known to cause cognitive and physical symptoms such as depression or pain, respectively, as well as cause alterations in the functioning of the autonomic nervous system. 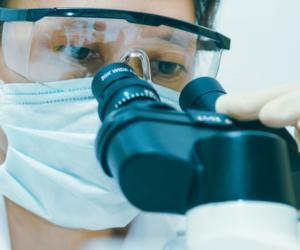 The Brain Cell Transplant that Could Potentially Treat...

The symptoms themselves are not fatal. Though, due to the usual age in which patients receive their Parkinson’s diagnosis, they are particularly dangerous, considering that the risk of falling or the person hurting themselves while performing certain tasks increases. As a matter of fact, those who are suffering from Parkinson’s disease don’t frequently succumb to the disease itself, but to the injuries sustained due to the direct effect of the tremors that they experience. Over 70 percent of Parkinson’s cases have at least 1 report of accidental injuries, which makes addressing and reducing its symptoms paramount to preserve the patient’s quality of life.

This is what Sunil Agrawal, professor of mechanical engineering and of rehabilitation and regenerative medicine at Columbia Engineering, and his colleague Dario Martelli had in mind when developing the Tethered Pelvic Assist Device (TPAD), a solution designed to help address movement disorders, including those produced by Parkinson’s. The project, which is assisted by Stanley Fahn, an expert on the disease, Un Jung Kang, the director of the division, as well as Lan Luo, another expert in the area and member of the Movement Disorders faculty of the department of neurology at Columbia University, aims to study the effects that Parkinson’s has on the person’s balance, as well as on their ability to react and adapt to walking perturbations.

The team discovered that there were no differences between a healthy person and a Parkinson’s patient when it came to adapting to walking perturbations and that all the subjects tested improved their walking ability in just a single training sessions. Each session consisted of interacting with the TPAD to increase their walking ability, as well as refine their adaptability to perturbations. The TPAD is a machine developed by Agrawal in his Robotics and Rehabilitation Laboratory, which consists of a wearable device connected to a robot via a set of cords. The cords are controlled by the robot and serve to apply pressure in multiple directions to the patient as he practices his or her walking cycle on a treadmill. Sessions with the TPAD are meant to improve their posture and optimize the walking cycle of patients with cerebral palsy or Parkinson’s, so that they may improve their balance and gait once the machine has been removed.

The significance of the TPAD is that, in 90% of cases, injuries sustained by Parkinson’s patients occur during walking, where patients would typically lose their balance, fall and hurt themselves. Furthermore, disorders in the subject’s gait are common in Parkinson’s patient, which makes addressing this aspect, in particular, of utmost importance.

The project in question took 9 Parkinson’s disease patients and evaluated their stability margin, as well as their support while the subjects walked on a treadmill. Afterwards, each patient was outfitted with the TPAD and was subjected to several diagonal waist pulls during brief periods to examine their reactions. After the preliminary steps were completed, the patients were then subjected to 72 waist pulls of different intensities, directions, and with alternating contact foot. After this training exercise, the cables were removed, and the subjects were examined once again while they walked regularly on the treadmill, to determine if their posture and gait had improved as a result of the exercise.

The results showed that, before the exercise, the Parkinson's disease patients had stability problems, in relation to healthy patients, primarily when it came to forward pulls. Furthermore, they had some issues when producing anticipatory adjustments. After the exercise was completed, however, not only did the patients improve where gait and posture were involved, but they were also able to produce short bursts of increased stability as an after-effect.

These results were very promising and were produced after only one session with the TPAD, which speaks volumes about the effectiveness of the method. Furthermore, they help to paint a promising picture for Parkinson’s patients, and to those who are struggling with motor dysfunction as a result of any underlying conditions.

Parkinson’s disease is currently the second neurodegenerative disorder in terms of frequency, just behind Alzheimer’s. It is present on a global scale, affecting subjects of both genders, with increased frequency in those above 60 years of age. However, there is a variation of the disease that has an early onset, affecting subjects aged 40 and below. As most diseases belonging to the neurodegenerative category, Parkinson’s symptoms progress as time goes by, and worsen as the condition runs its course. This is due to the progressive destruction of the dopaminergic neurons mentioned above, causing symptoms such as bradykinesia, rigidity, and tremors.

Luckily, despite being the second most frequent neurodegenerative disorder, Parkinson’s is still a rare disease, with 18 new cases per 100,000 inhabitants every year. However, due to the long life expectancy of patients who are diagnosed with the disease, it has also had a very high prevalence; much higher than its incidence, registering around 164 cases per every 100,000 inhabitants. In Europe, there is a prevalence of around 1.43% of the population, whereas, in the United States, the prevalence is of around 1%, with over a million patients struggling with the disease. These numbers translate to roughly 50,000 new cases of Parkinson’s every year. 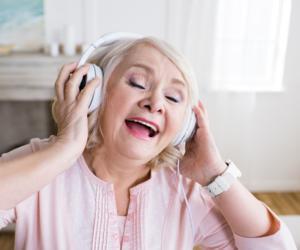 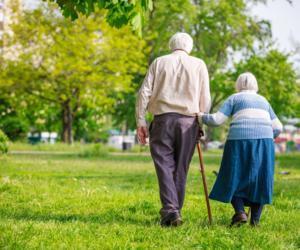 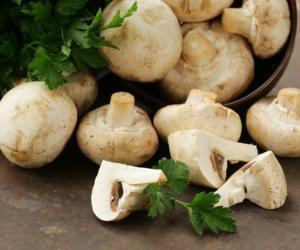 Sending a Protein to Space for Parkinson's Research