Multiple sclerosis can be difficult to diagnose, as many of the symptoms do not even appear until later in one's life. However, a recent study has shown that the risk level in children is able to be diagnosed early with MRI brain scans. 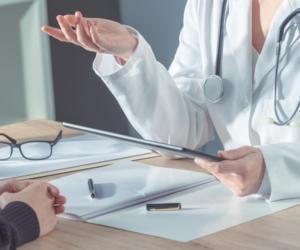 Sometimes MRI brain scans can show MS before any symptoms appear, which is what is referred to as radiologically isolated syndrome. MS does not have a definitive cause, and sometimes symptoms do not show themselves until later in life, which is why it is often left undiagnosed in children.

However, new technology with MRI brain scans can show when children are at a high risk of developing the autoimmune disease, which can assist in having an earlier diagnosis and treatment plan.

The reason that earlier diagnosis would be beneficial, although it is now nearly impossible, is that there are more opportunities to prevent disabilities or relapses of the disease when diagnosis comes at an early stage.

Radiologically isolated syndrome, when symptoms of MS do not appear but a brain scan has shown the presence of MS, formerly was only seen in adults.

The author of the recent study, Naila Makhani, who is an Assistant Professor at Yale School of Medicine stated, "for the first time we have proposed a definition of RIS in children. Children with RIS may represent a high-risk group of children that needs to be followed more closely for the later development of clinical multiple sclerosis."

Her work was published in the journal Neurology: 'Neuroimmunology & Neuroinflammation.' Along with her team, she analyzed children across sixteen sites in six countries. What they discovered was that MRIs are actually capable of showing alterations in the brain that come from MS before the clinical symptoms associated with the autoimmune disease begin to appear in children.

The researchers ensured that each of the children involved in the study took MRI scans for reasons other than MS, usually for headaches, but the results of the scans showed that there were signs of MS.

The children’s symptoms began to be reported approximately two years after they had the MRI. This rate of symptoms developing is faster than that experienced in adults who undergo the same MRI process.

The study also showed that children with specific markers in spinal fluid or MRI changes in the spinal cord had a significantly higher chance of seeing the clinical symptoms of MS.

Makhani explained, "we hope that our work will help inform expert guidelines for how to follow up children with RIS and help us accurately inform families of the risk of later developing multiple sclerosis, something we were previously unable to do."

So, what are these symptoms that some don't see? This is difficult, because no two people with MS show the exact same symptoms.

Loss of vision is one of the first symptoms of the autoimmune disease. It's possible for the antibodies to impact the optic nerve, which results in a loss of vision that can appear in either one or both eyes. That's why, if people experience blurred or loss of vision at any stage, it is highly recommended to visit your doctor immediately instead of ignoring the symptoms.

Numbness and tingling sensations are other symptoms, especially in the arms and legs, often caused by the nerve fibers of the brain being damaged. This damage leads to an inability to feel certain sensations, and can take place on either side of the body.

Trouble balancing is common in those with MS and they therefore fall often, and sometimes have difficulty walking. Sometimes, balancing issues are so severe that these falls can be entirely unprompted, resulting in a need for fall precautions for many patients and their families.

The nerve damage involved in MS can cause muscles to be very weak or even occasionally spasm. As a result, many experience severe weakness in their limbs. Not only can this weakness occur on either side of the body in the arms and legs, but even in both sides of the body at once.

Urinary incontinence, the urge to urinate more, the need to urinate in the middle of the night, and other various bladder problems are often seen in people with MS. Sometimes people have trouble emptying their bladder or experience constipation.

Fatigue is a very severe symptom of MS and can be debilitating, as it prevents people from engaging in meaningful activities in their lives. This fatigue can be present regardless of whether or not any strenuous activity has been performed. Even people who have rested well can feel this fatigue, and if this continues it is a good idea to consult a doctor to find the cause of such tiredness.

Concentration is often a constant battle in those with MS. Because the nerve cells are either impacted or damaged, attention span can be severely limited, and can come on quite suddenly. Occasionally, those who performed highly in their jobs suddenly realize they no longer have the ability to concentrate at the same level. Or, in other cases, concentration is fine but will lapse intermittently, which can be almost as frustrating as one never knows when they will or will not be able to pay attention. Memory can also be affected in the same ways, with no way of knowing when the ability will become present again.

With the recent study done by Makhani and her team, we now know that there may be a way to find MS earlier in children. However, for some, there are other ways to find the presence of the disease.

Blood tests are conducted regularly for many, and are often used not to diagnose MS, but if one is experiencing similar symptoms, a blood test can rule out other possible causes. Bloodwork that is capable of checking for specific "biomarkers" that indicate the presence of MS is currently being worked on by many researchers, and hopefully the new method will be available soon.

Lumbar punctures offer a sample of fluid removed from the spine that is then sent to be analyzed at a lab. From this, abnormalities in antibodies may indicate MS. Not only that, but the process can also rule out other infections or other conditions that might be confused for MS.

There are also evoked potential tests which accumulate the electrical signs that the nervous system produces in response to stimuli. This test may use visual or electrical stimuli where a moving visual pattern is watched. It is also possible that the test could give short electrical impulses to nerves in legs or arms and electrodes then track how long it takes for the information to reach the nerve pathways.

Of course, like in the new study, there are MRIs as well. The MRI can illuminate MS lesions on the brain and spinal cord. In some situations, an intravenous injection may involved in order to highlight lesions to show whether or not the autoimmune disease is active. MRIs have always been crucial in diagnosis, but now their effects will be even more wide-reaching if they can prove to enable earlier detection and treatment.

How This Protein Can Inhibit Multiple Sclerosis Inflammation 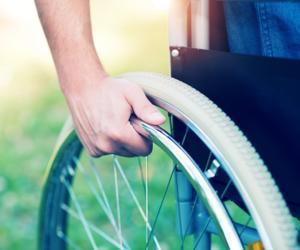 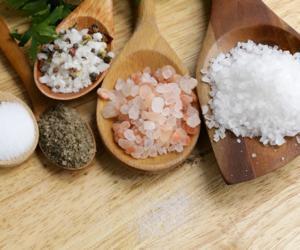 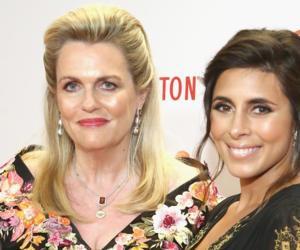 Second Opinions for Multiple Sclerosis: When Are They Advisable?

Is anesthesia needed during MRI scan?