For a person diagnosed with Parkinson’s disease, their mobility and movement control ability is impaired, such that they will develop tremors. Moreover, getting dressed, eating, writing, brushing teeth, and driving becomes more challenging. Family members of a patient with Parkinson’s disease also know the difficulties that come while living with it. Acceptance may even be difficult. Parkinson’s currently has no cure, but with proper treatment and early diagnosis, the symptoms can be controlled.

While it will be tough at first to deal with the disease, the advances in treatment that exist right now provided relief that one can live with the condition. One of these developments is music therapy. Music has been a part of people’s lives since the beginning of time. It began with humming until people learned to use words. For people who are not suffering from Parkinson's disease, music is also their therapy. It can relieve stress, sadness, and is a simple source of joy. 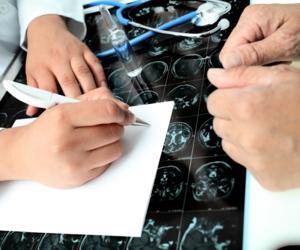 If music is beneficial to the average person, it also has advantages to people diagnosed with Parkinson’s disease. This claim is according to a study conducted by Elizabeth Stegemöller.

While the majority of studies focus on the treatment of Parkinson's and symptoms relating to motor skills, Stegemöller’s study focuses on examining the effects of group therapeutic singing as an intervention on swallowing ability in people with Parkinson’s disease. The study shows that music therapy helps build the strength of people with Parkinson’s disease through song, thereby improving the muscles used for swallowing and respiratory control.

A look at the statistics

People who are diagnosed with Parkinson's or those who have the disease know that swallowing becomes a daily challenge and is a major contributor to mortality. According to statistic, voice impairments are 60–80 percent present to people with Parkinson’s and that weakness in vocal muscles can impact swallowing and respiration. Singing uses the same muscles when swallowing and breathing control, two motor activities that are affected by Parkinson’s disease.

Elizabeth Stegemöller of the Iowa State University led the research by organizing four different groups. To ensure the reliability of the study, each group was handled only by a board-certified music therapist, including Stegemöller who handled the Ames group. Each group met for an hour each week for eight weeks. The sessions include series of vocal exercises and singing classic songs such as “You are my Sunshine” and “Show me the Way to go Home”. The study was composed of 30 participants with Parkinson’s disease ranging from 40 years to 85 years old.

The researchers clarified that they are not at all trying to make the participants better singers, but they are trying their best to help them strengthen the participants’ muscles. These muscles are the ones that control the swallowing and respiratory function. Stegemöller also added that they work on certain goals like proper breath support, proper posture, as well as how to use the muscles that are involved or connected to the vocal cords. These certain goals require them to coordinate good and strong muscle activity.

Improvements on the participants after eight weeks

Stegemöller study was published in the journals “Disability and Rehabilitation” and “Complementary Therapies in Medicine”. The study resulted in the following:

Testimonies from the participants

Jackie Manatt had been diagnosed with Parkinson's thirteen years ago. She learned about the study through an email and immediately signed up to join. She believed that the therapy has helped how she projects and her voice grows stronger.

"I don't have much volume in my voice, which is very normal with Parkinson's to have the voice go," Manatt said. "I just keep thinking I would probably have even less volume by now if I hadn't taken this singing class."

L.K. Jordening joined the Ames group handles by Stegemöller. She said that through the singing exercises, her ability to project her voice had improved and she can now breathe easier.

Jordening said that when she is stressed, she can immediately find calmness through deep breathing through the nose while exhaling using the mouth. She also stated that she can now hold her breath stronger and her range is so much better. Aside from the personal improvements the two participants observed after joining the therapy, they both agreed that because of the therapy, their social life had gotten better. They found new friends, their support group has increased, and their coping for having the disease has improved. Other benefits reported to Stegemöller by patients, their families, and caregivers include improvements in mood, stress, and depression.

Progress after the result was released

The music therapy which started as research but evolved as an outreach program has resulted in two programs-- the singing group and the music and movement group. This since the research yield significant results, and the participants saw the motor improvements themselves.

Currently, Stegemöller and her colleagues hold one hour a week of singing therapy class for Parkinson's disease patients. Depending on what program you partake, the participants go through a series of vocal exercises and songs or strength exercises and dance lessons per session.

To further her study, Dr. Stegemöller plans to conduct a follow-up study using her original participants. She hopes to lengthen her study to a 10-week period and compare the progress of the participants who continued singing from those who have stopped. She is also in talks with some colleagues in Florida and John Hopkins Hospital for a possible collaboration in the hope of creating a multi-site version of her research.

If you are diagnosed with Parkinson’s disease, you need to know that your life doesn’t have to stop. Remember Janet Reno (U.S. attorney general), Michael J. Fox (actor), Muhammad Ali (famous professional boxer), Freddie Roach (boxing trainer), Michael Richard Clifford (NASA astronaut), and Maurice White (founding members of the band Earth, Wind & Fire). These people are all diagnosed with Parkinson's disease. However, they didn't stop and let the disease take control of their life. They went on living with their life, and they didn’t allow Parkinson’s to stop them from moving forward. If you have Parkinson’s or if your loved one is diagnosed with the disease, always remember never to stop living. 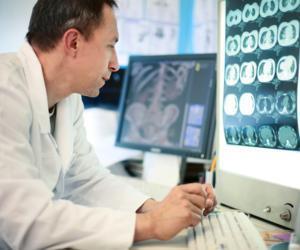 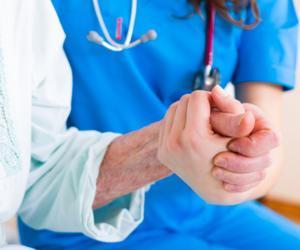 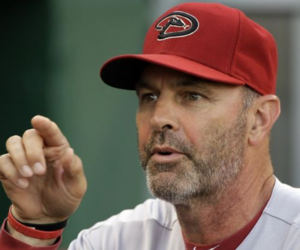 Parkinson's: Ways to Cope with Walking, Balancing, and Falling