Nausea and vomiting are usually controlled by areas in the brain and gut. The brain's vomiting center responds to different signals, which include:

Is puking without any other health concern serious?

Constant or persistent nausea can have a number of potential causes, and they include:

Around 3 in every 4 pregnant women tend to experience nausea during early pregnancy or in the first 12 weeks of pregnancy. Nausea during this time is called morning sickness. Although morning sickness commonly occurs during the first trimester, nausea and/or vomiting may also return later in pregnancy. It is usually a result of the pressure the baby puts on the mother's tummy or gastritis in some cases.

2. Side Effect of Medications

Medications, whether they are over-the-counter or prescribed, can have certain side effects. An example would be chemotherapy drugs, which can upset the stomach and contribute to nausea and vomiting.

If you are taking new medications, make sure to carefully read their labels for more information about their potential side effects. Asking your doctor and reading medication information can help reduce your risk of experiencing medication-induced nausea.

The following are medications that are commonly known for causing nausea:

Viral and bacterial infections that affect the stomach can cause nausea. Food poisoning is caused by the ingestion of food-borne bacteria, which often cause nausea and vomiting. Aside from nausea and/or vomiting, diarrhea may also occur in gastrointestinal infections.

People with gastrointestinal infections often recover within two days. However, those who are infected with rotavirus and giardia may experience longer symptoms of nausea, vomiting, diarrhea, and flatulence for a week or more.

Alcohol abuse or excessive intake of alcohol may lead to stomach and liver inflammation, which can cause nausea and vomiting. These symptoms are usually caused by a direct chemical effect on a person's brain.

Most cases of motion sickness happen when people travel by boat, airplane, train, or car. Other people experience motion sickness in amusement park rides, such as a rollercoaster ride. At first, a person with motion sickness develops a feeling of uneasiness and sweating along with dizziness. These sensations are then followed by nausea, vomiting, or both.

Immediate medical attention is also required if your nausea is accompanied by difficulty breathing, confusion, stiff neck, and a severe headache. You should also seek medical help right away if you are dehydrated or think you may have consumed a poisonous substance.

See your doctor if you have severe nausea, making you unable to drink or eat anything for 12 hours or longer. A doctor's visit is also recommended if your nausea does not improve even after taking over-the-counter remedies within 24 hours.

Treatment usually depends on the cause of nausea. Some of the common treatment methods include:

The onset of nausea can be prevented by avoiding the things that trigger it. Some of its common triggers are:

Motion sickness can also be prevented by taking an anti-nausea medication, such as scopolamine, before air, land, or sea travel. Another way to help reduce the symptoms of nausea is to change your eating habits, such as eating small frequent meals. After meals, avoiding any intense physical activity may help as well.

Eat foods that are less likely to induce nausea, such as broth, gelatin, toast, cereals, and crackers. Avoid consuming foods that are greasy, spicy, and high in fat.

What Causes Nausea After Eating?

What can I give my child to gain strength during loose...

What could be causing my nausea after eating? 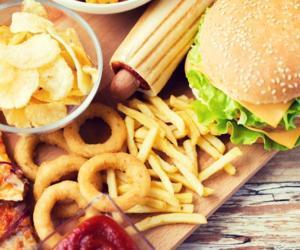 Nauseated All the Time: What To Do 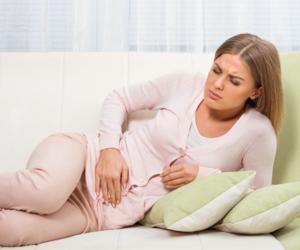 5 Reasons You May Be Nauseous After Eating

What Causes Nausea: An Overview of the Most Common Conditions

What Are the Best Remedies to Treat Nausea and Vomiting?