Whether it’s the Dodgers or the Red Sox or the local high school team, they’re called ‘the boys of summer’.

While summer is when the teams begin competitive play, they are very much the boys of spring as well. 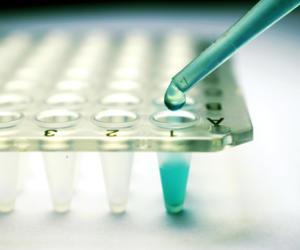 The temperature might be cool, but the air is sweet with promise.

The players pull out their mitts, batts, and spikes to officially begin spring training.

Revved up by hope for a winning team, the first ball is thrown and it all begins.

Such is the case for Russellville, Kentucky high-school senior Dillon Porter, who will play his last year with the baseball Panthers of Russellville High in 2018.

While Dillon ‘lives and eats’ baseball, it hasn’t been his only school activity.

He’s also been on the swim and soccer teams. In addition, he’s been a member of the marching band.

But, Dillon has excelled in baseball. His stats have been impressive.

A new milestone in Dillon’s career

This all-around guy now has a new feather for his cap.

Dillon has just signed with Brescia University in Owensboro to play baseball for their team, the Bearcats.

Dillon’s new Alta Mater is close to home, so he could conceivably make it back to Russellville now and then to cheer for ‘his team’, the Panthers.

So far, Dillon’s story may sound no different from other kids trudging off to college in the fall of 2018.

But, for Dillon, his acceptance at Brescia and his baseball signing with the University may seem like some sort of miracle to some.

You see, these opportunities came for Dillon “just one year after his last remission treatment for battling lymphoblastic lymphoma (LBL), a form of cancer.”

Dillon was diagnosed with LBL in November of 2014. His physical participation in the sport he loved, and the rest of his extra-curricular activities, quickly came to a halt.

In 2015, he was at bat once. He then slowly worked his way onto to the varsity team during its mid-season of his sophomore year. That was in 2016.

Despite Dillon’s cancer, just a few months after completing chemotherapy treatment, he played a full season of varsity baseball during his junior year. (He had slowly worked his way back since mid-season of his sophomore year.)

In the news article, Dillon relates that during his cancer treatment, he would still show up to cheer his team on. Dillon tells of the time he went directly from his chemotherapy treatment to a game.

“I didn’t want to let my team down,” Dillon said. “Even though I was going through treatment, I had to be there and watch them. I went and sat and kept the book and got sick a couple of times throughout the game, but I stayed through it.”

Dillon says he’s confident he’ll be fully recovered when he returns to the mound in 2018 to play his last game for the Panthers.

It is hoped that Dillon’s story will be of encouragement to any readers who are dealing with lymphoblastic lymphoma.

As for Dillon, during his LBL treatment, he says it was baseball that kept his spirits up.

“Baseball has definitely been a big part of it because that has been my motivation to get over everything and push through,” Dillon said. “If I didn’t have that, I wouldn’t have any goal in mind.”

Tyler Meacham, Dillon's Russellville baseball coach, chimed in to say “It’s really special. You’ve got kids now with obstacles they face with health conditions and it’s amazing to be where he was and then now he’s starting his senior year and already signing to play college baseball.”

On Facebook, there is a video of Dillon playing with the Russellville School band on December 12. 2014- just one month after his LBL diagnosis.

We also learn of a May 2015 ‘Evening of Love for Dillon Porter and His Family’ benefit. Almost 250 attended.

And, posted on May 15, 2016 are photos and a Lincoln Journal article on Dillon’s recognition in Louisville by the Kentucky High School Athletic Directors Association.

Dillon received the plaque for being named to the 2016 All Resilient Team by University of Kentucky sportscaster Tom Leach.

Of Dillon, it was said: “Porter, a sophomore, has been battling lymphoma since the first semester of his freshman year. He has continued to be involved in a variety of activities at RHS, from band to swimming to baseball. In fact, he is a starter on both sports teams. He has been honored all the way from Nashville to Lexington.”

The award was presented at the Stadium on the University of Louisville campus.

“This is amazing,” Dillon said. “I never thought I’d get the chance to play college baseball. Actually, getting this opportunity is great.”

In speaking of the 2018 baseball season at Russellville, Dillon says: “I really hope this is a great year and I’m really looking forward to it with the opportunity to be the No. 1 pitcher. I hope everything goes well for the team as well, not just for me.”

What is the treatment for lymphoma? 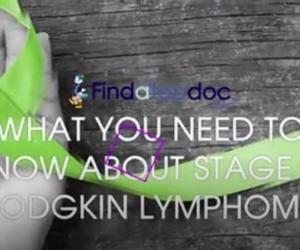