According to the National Sleep Foundation, the average adult should have seven to nine hours of sleep each day to achieve a healthier body and a normal sleep/wake cycle. However, the amount of sleep needed by every person varies in different ages and because of his or her lifestyle. Different research has been conducted throughout the years that look into an in-depth view of the many benefits of sleep. In fact, a number of researches have also been made to determine the effects of sleep deprivation and what actually happens in the body, especially with the brain.

What are the effects of sleep deprivation?

It is common knowledge that the amount of sleep a person gets has a huge impact on one’s daily physical and mental performance, such as learning and memory. It has also been associated with chronic medical conditions such as diabetes and obesity. Furthermore, sleep deprivation does not only have an impact on a person physically but psychologically as well. Studies show that a lack of sleep can be detrimental to one’s health as it can be a precipitating factor in altering one’s mood state. Studies also show that chronic feelings of sleepiness are correlated with mood problems such as anger, depression, and irritation. 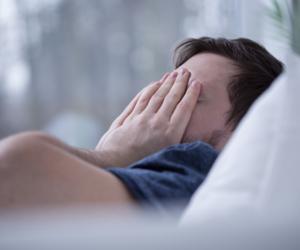 Unfortunately, not everyone has the capability to achieve the number of hours prescribed by researchers and medical professionals due to many reasons. In most cases, people have to put aside sleep to stay up for work or read a few chapters for a test the next day. Some people would even have a hard time achieving enough hours of sleep due to disruptions in their circadian rhythm which can be caused by stimulants such as coffee and energy drinks. Other factors that could also disrupt one’s normal sleep/wake cycle are light from electronic devices and traveling. For many people, not getting enough sleep doesn’t seem that much of a problem as there are more important matters that they have to attend to. Bargaining enough sleep for work and studying can seem beneficial, but sleep deprivation and experiencing chronic sleepiness can be damaging to one’s physical and mental health in the long-run.

There is actually more than what meets the eye. Sleep deprivation has underlying effects on one’s body, specifically on the human brain. Different scientific studies and research have been conducted to try and explain this phenomenon.

Does the brain get tired?

Although the brain continues to function even when the person is asleep, it can get tired when a person’s participates in activities that require a great amount of mental labor such as studying and working for a prolonged-period of time. A tired brain would lead to poor school or work performance, decision-making and other cognitive aspects of daily functioning. Feeling foggy is also one of its effects, but there are ways to avoid such scenarios.

Sleep is one way to avoid exhausting the brain. Not just that, getting enough sleep would help a person perform at his or her best in any given situation. Oftentimes, a person may think that a few hours of sleep is enough to get through the day but a study published in Sleep journal would prove otherwise. During the experiment, they gathered 48 adults who were told to only sleep within a maximum time of 4, 6 or 8 hours every night for two weeks. One group was deprived of sleep for three days. The results of their study showed that getting little sleep every night leads to poor functioning. It turns out that sleeping for six hours a night is as bad as someone who is sleep-deprived for two days.

What happens to the brain during sleep deprivation?

The human brain is the command center of the nervous system. It has a wide array of critical functions such as regulating a person’s breathing, consciousness, and reasoning. The way the brain works is that it receives messages from neurons found in the entire body, allowing the person to move and think in response to his or her environment. Without this vital organ, the human being cannot merely exist or function.

The brain is very important to everyone, as it merely helps the way people behave or act in society. But what if something happens to the brain?

The kidney, an important organ that helps remove waste products from the blood, can be sensitive to certain food and beverages as people grow older or live an unhealthy lifestyle. If people start to encounter kidney problems, the doctor would recommend patients to go on a strict diet to improve kidney function. Similar to the kidney, the brain can experience problems due to a person’s poor lifestyle such as depriving one’s self of sleep.

A study was conducted at UCLA to look into what happens with the brain’s neurons when people are sleep-deprived. The respondents of the study were 12 epileptic patients, who were asked to stay up for one entire night before a surgery. During the experiment, the researchers studied the brain cell activities occurring in each of the patient’s brain. The respondents were also given non-verbal tests to measure their cognitive functioning and then correlated it with being sleep-deprived.

According to the findings of their study, neurotic activity in the brain slows down when people are deprived of sleep. The researchers observed that as the patients were getting more physically tired as time passed by, the movement of their brain cells also seemed to slow down. They compared their findings with people who drink alcohol and found relatively matching results. Their results contribute to related research, concluding that a lack of sleep can lead to low scores in mental performance.

There are other dangers that come with being sleep-deprived besides poor performances in learning and memory. Their study also shows that a lack of sleep can lead to temporary lapses in one’s vision. Certain areas of the brain have slower brain waves which could suggest that some parts of the brain turn themselves off even when a person is in an active or awake state. This can cause serious hazards for people who are sleep-deprived and drive on the road. According to the Centers for Disease Control and Prevention, an estimate of 70,000 crashes was recorded in America alone every year.

Scientists at SRI and the Allen Institute for Brain Science also conducted a similar study and discovered a “molecular anatomical signature,” which includes different areas of the brain. Hopefully, their findings would ultimately reduce the negative effects of sleep-deprivation.

The findings of these studies help highlight the importance of getting enough sleep. Serious sleep-deprivation should be taken seriously as it can lead to both physical and mental health problems in the long-run.

A sleep-deprived driver can be as harmful and dangerous to other vehicles and pedestrians as an intoxicated driver. A person may not notice right away what is in front of him or her due to temporary lapses in the brain caused by the inability of neurons to quickly process information. It only proves that getting enough sleep is very important for everyone in order to perform well in day to day activities. The results of the studies mentioned in this article give rise to concerns such as adjusting working schedules for doctors, nurses, and other professions wherein people in most cases lack sleep.  For people to actually function successfully at home, in school, or at work, a proper amount of sleep must be obtained.

If a person is having trouble with sleeping, it can be helpful to see a doctor in order to immediately address the issue.

Child Stops Breathing 27 Times an Hour Due to Sleep...

More from FindATopDoc on Sleep Deprivation 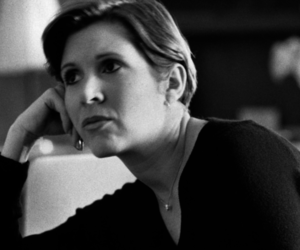 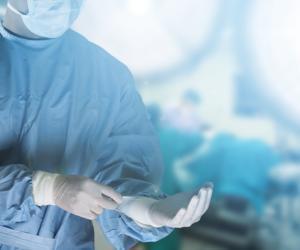 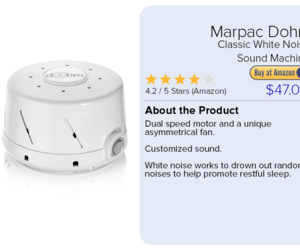 10 Products That Will Finally Give You Some Shut-Eye

Can lack of sleep cause confusion in a person?