"There is a Bridge" by the Memory Bridge is not only a groundbreaking documentary about Alzheimer's disease, but it also helps people to understand the importance of humanity and further understand those who are terminally ill.

Alzheimer’s is one of the leading causes of death in the United States. It is a neurodegenerative disorder that slowly deteriorates the human mind. Meaning, it slowly destroys a patient's memories and thinking capabilities, eventually leaving them unable to perform the simplest of tasks. It has also become one of the most common forms of dementia among the elderly population. 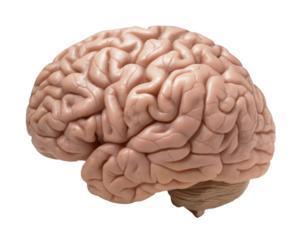 Alzheimer’s was named after the doctor who discovered the damaged brain tissues of a patient who died of an unknown mental illness. Alois Alzheimer discovered the disease in the year 1906. The mental illness was characterized by slurred speech, memory loss, and unusual patterns of behavior. Dr. Alzheimer found the damaged tissue, along with some clumps of nerves in the brain. This is now called amyloid plaques. He also saw some tangled bundles of brain fiber, which is now referred to as neurofibrillary tangles.

These clumps and tangles are still one of the most characterized traits of Alzheimer’s. Another trait that was recently discovered is the loss of connection between the neural cells. This affects the thinking process, as well as the other cognitive functions that it affected. A terminal stage of Alzheimer’s can cause a significant amount of shrinking in the patient’s brain.

Currently, once an individual is diagnosed with Alzheimer's, the lifespan average is as little as 3 to 4 years for those above the age of 80 and a bit longer to those who have been diagnosed younger. Almost 5 million Americans are now diagnosed with this disease, and the population trends have shown that this number will probably increase significantly in the future.

Alzheimer's, as it progresses, slowly dulls your mind. This also affects the memory and the basic functions that a person needs to do in his or her daily life. As the common story goes, they even forget their family members. This is why the family members who take care of the people with Alzheimer’s disease are considered to be “invisible patients”. They are the second victims of this neurodegenerative disease.

Having a family member diagnosed with Alzheimer's disease will, sooner or later, require not only emotional support but as well as physical support. As the patients can’t even go to the bathroom or eat on their own, they mostly need close supervision. In most cases, this is a burden to many families. In fact, it can even cause the primary caregiver to become physically ill and experience depression.

Proper knowledge about the disease is essential to cope with the disease and of course, the preparation for the worst event. But one thing is important to note, support is always available, and this is not a battle one can face alone. Many other families have dealt with Alzheimer's disease, and they are most likely willing to help. Many kinds of research are also on the works to help find the cure for this ailment.

One organization that works to support those with Alzheimer's disease is the Foundation for Alzheimer’s and Cultural Memory, now called Memory Bridge. Memory Bridge, founded in 2004, has a goal of creating programs that help connect Alzheimer’s patients to their family and to the people that matter to them. In 2007, the Memory Bridge released the documentary “There is a Bridge,”  which was hosted by Poet Laureate Robert Pinsky. This documentary talks about the possibility of connection even with terminal patients, regardless of the damages to their brain.

One of the stories in the documentary is about an African-American woman named Gladys Wilson. Wilson was already in the advanced stages of Alzheimer’s and was unable to speak. Due to this, Gladys was using repetitive movements to convey her needs to her caregiver, Naomi Feil. Naomi Feil is one of the few caregivers who can initiate a connection and possibly communicate with those terminally ill.

One of Naomi’s ways to form the connection was to use music. Music with its emotional facets can help in the process of connecting with the sick. Music can help in ways words couldn’t. In Gladys’ story, it was the Gospel songs she sang to her savior. Naomi used this song to connect with Gladys in order to form that bond. Eventually, four months before she died, Gladys started talking and communicating with Naomi.

In this story, Naomi emphasizes the need to be there for the patient. As she says, “Breakthrough does not happen always.” The clip ends with Naomi talking with Gladys who completely felt safe with her.

“AD is without physical pain, but one that makes the heartache” This was how the doctor from Memory Bridge describes Alzheimer’s. The isolation one feels, along with the isolation felt by the caregiver, is overwhelming. Naomi helped make the isolation from AD slowly ebb away by being there for Gladys. As one doctor further explains, “This is homesickness, without a home,” and all patients diagnosed with this disease are aware of this fact and slowly isolate themselves from their loved ones.

Giving support to those with Alzheimer’s disease

Memory Bridge was the foundation that made this heart-warming documentary possible. One of the primary goals of the Memory Bridge is to not let anyone with AD die from loneliness. They are not just looking for a cure; they are offering companionship that is greatly needed by the person suffering from the disorder. It is true that the physical pain is a huge blow, but the emotional pain one undergoes, as well as the pain experienced by their family after being diagnosed with AD, is also an important factor that is often overlooked. It is painful and terrifying.

Hopefully, with the documentaries like this, people can slowly move to a better understanding of the loneliness and struggles of the AD patients and their family. Making connections and reaching out to people who understand makes having AD less terrifying, especially for terminally ill patients like Gladys.

Memory Bridge also offers educational courses for the families and those who would want to be caregivers themselves. They offer programs that one can enroll in so that they’ll know more about the disease and learn the emotional and relational issues that arise together with the disease. They also offer long-term care facilities for patients suffering dementia or Alzheimer’s to help regain the lost connection.

Moreover, the foundation offers specialized modules, which are specifically designed to help facilitate the connection between the family members, caregivers and the patients. These modules focused on through the use of music, photography, dance, or touch.

With proper education and guidance, a family member can provide emotional, mental, and physical support to their loved one who has Alzheimer’s. It is hoped that through proper awareness, along with the support from different AD foundations, the family members and the carer can help fight off the feeling of isolation, a persisting trait which most AD patients experience. 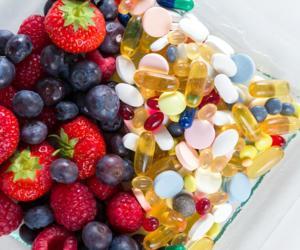 Can Supplements and Vitamins Help with Alzheimer’s... 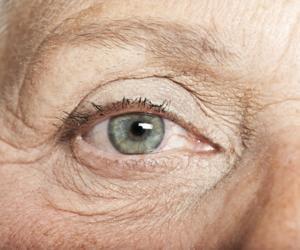 What are the Different Stages of Alzheimer's Disease?