Not many know too much about cystic fibrosis, and even fewer have any idea of the true trauma it can cause.

Brad Dell is 24 years old, and is living with cystic fibrosis. Not only that, but he is also deaf, making the entire situation even more difficult. Approximately one year ago, he was able to receive a double-lung transplant at the University of California at San Francisco that changed his life. However, it is nearly impossible to ever truly overcome the trauma that those who deal with cystic fibrosis must suffer through.

Can respiratory therapy help a patient suffering from...

Now, Brad writes to raise awareness for what those with CF have to go through.

In a recent piece, Brad offers insight into a recent experience that one might consider akin to post-traumatic stress disorder, about his time in the hospital.

He writes, "I walk through a football stadium. I catch a whiff of the cotton candy and am smacked back to every procedure I’ve had, breathing in the stale cotton candy-scented anesthetic before I drift to nothingness. I am so overcome with fear that I feel like dropping to my knees and letting the world swallow me. I watch a movie about a child who becomes deaf. They scream on-screen in terror, and my heart screams with them as I remember losing my hearing to IV amikacin. I’m sweating so badly. I can’t breathe, mucus plugs my lungs so thickly. The doctors are telling me my new transplanted lungs have CF, that they didn’t know my donor had it too. I wake up from the nightmare with a gasp, poke at my ribs, and don’t fall back to sleep."

While very few people will ever have to go through this specific experience, Brad's writing lets people know what the trauma associated with cystic fibrosis is like.

While Brad is able to beautifully articulate his experiences, he knows that practically everyone who has cystic fibrosis can relate and have been forced through similar, if not identical, ordeals.

Unfortunately, it is often advised against for people with cystic fibrosis to meet each other, as there can be a high risk for cross-contamination. However, when they do, or when they meet online or via support groups, discussion of how hard it is to live with the condition is often inevitably discussed. There is an irrevocable feeling of unfairness, a question of "why me?".

Many sigh and consider how much those with cystic fibrosis have to go through, and spend their time when conversing with others who have CF discussing medical histories for hours on end.

With cystic fibrosis, it feels nearly impossible to gain weight, transplants often involve complications and difficulties, and all of this results in tremendous life pains. In the beginning, many cry, suffer panic attacks, and succumb to anxiety revolving these issues. However, after a while, they become more of an irreversible trauma. Those with CF will be able to speak about their difficulties casually, but never be able to fully overcome or evade the trauma they are left with.

However, people grow older and find ways to deal with their scars (both literal and figurative). They become hardened what they have endured, but an innocent and scared child within them will always persist. As cystic fibrosis is a childhood disease, patients begin to suffer when they are very young. What this means is that they have to find a way to cope with the situation before even learning to build emotional defenses. Brad argues that most people who have CF carry that childhood trauma into adulthood, even if they deny it to themselves.

This trauma manifests itself in many different ways throughout patients’ lives. This is clear by the statistic that those with CF are two to three times more likely to have anxiety and depression than others. Some are also diagnosed with panic disorders and situational depression. So many people experience these symptoms that some even consider it a "side effect" of CF, something that is almost expected when you have the disease.

Unfortunately, because it is so common to suffer emotionally if you have cystic fibrosis, many do not take it as seriously. Many are told to "deal with" their emotional trauma, essentially because there is not enough room to deal with it. When you are physically battling for your life, emotional wars may not seem as important. However, they must be dealt with and given equal care.

Trauma when it comes to cystic fibrosis is a very personal topic to Brad, as he has had many struggles with it himself. He explains that it is difficult to look back and try to analyze what may or may not have triggered emotional distress that is present now, but he tries, despite the pain it causes. He shares that he has flashbacks to septic shock or ICU psychosis, being strapped to a hospital bed suffering from hallucinations, all while he was very young, feeling alone, and entirely unequipped to deal with these situations that many adults would struggle to endure.

He explains that he is not the same person he was when he was young, as he has been hurt over and over again, again, both figuratively and literally. As a child, being cut and poked, without having any understanding as to why, is completely traumatic. Parents are usually not allowed in the operating rooms, resulting in an inevitable horrible feeling of isolation, loneliness, and vulnerability.

He also thinks back to his feeling of how unfair it all was. Why were his friends allowed to play outside while he had to hide?

As in many other forms of healing, the first step is accepting what you are going through. You must face your trauma and recognize what has happened to you, and how much it has had an impact on your life. This is fair and understandable, as you have been through so much, and have been so strong throughout the entire ordeal. After all, you've made it here.

Some won't want to do this, but Brad explains why it's important, "I wanted to tell everyone I'm brave and tough. For my parents' comfort, for my friends' respect, for my own sense of self-security. Now, I realize I am brave and tough because I am traumatized. I am a haunted survivor, but I've continued to fight through caustic antibiotics, every lethal infection, and transplantation to continue the relentless pursuit of my dreams. These dreams kick back at the nightmares."

Admitting your trauma will give you power because now it will be your decision how to approach it, how you want to heal. You've likely become an expert over all this time in handling treatments, so you should be set to handle emotional treatment as well. Just as with any physical ailment, every day that you work towards emotional healing you will become stronger and stronger, regardless of how hard it might be.

Brad wants everyone with cystic fibrosis to know that their trauma is valid. His message to them is, "your emotional struggles can be as mighty as your disease. Don't let anyone belittle those problems." 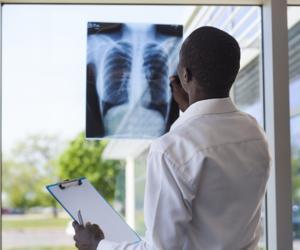 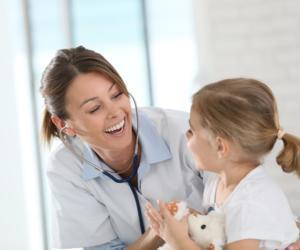 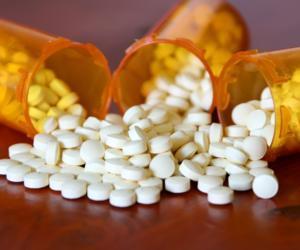