Wellbutrin is a brand name of bupropion. It is an antidepressant and is mainly used to treat seasonal depression and major depressive disorder. It works by inhibiting the reuptake of serotonin, dopamine, and norepinephrine.

What causes eyes to not focus together?

Have a question aboutWellbutrin?Ask a doctor now

Compared with Wellbutrin XL and Wellbutrin SR, Wellbutrin’s effect is short-lived. For this reason, it can be taken 3-4 times a day. Wellbutrin also has side effects. The most common are:

For Wellbutrin to take complete effect, the medication must be taken daily for 4-6 weeks.

You need a doctor’s prescription for Wellbutrin. Since it is classified as an antidepressant, the US Food and Drug Administration has not approved the drug for weight loss. However, some people insist that the drug can effectively shed off extra pounds.

Others believe that Wellbutrin can effectively cause weight loss since one of its side effects is a loss of appetite. Another belief is that since Wellbutrin is an effective drug for treating depression, it also helps people with depression to lose weight. It can be explained that some people who have depressive disorders tend to indulge with food to feel better, which can later make them overweight. However, when Wellbutrin is administered to them, their depression, which is the cause of their overeating, can be properly treated leading to weight loss.

Being aware of Wellbutrin’s effects is significant. It is always better to consult a doctor for proper education and awareness about the drug’s weight loss effects.

Some of the best researchers have found out that Wellbutrin gives top results for weight reduction. They said that bupropion is the only antidepressant that has an inclination to weight loss within the span of two years. They also found out that other types of antidepressants have weight gain effects along with other side effects in the body.

According to their study, for two years, non-smokers lost an average of 2.5 pounds while on bupropion. On the other hand, by taking other types of antidepressants, people gained an average of 4.7 pounds. Consequently, those who had bupropion ended up weighing about 7 pounds lesser than those people who took the other drugs.

Within the first two weeks of taking Wellbutrin, improvement in one’s energy, sleep, or appetite may be observed. However, changes in mood or motivation among depressed individuals may take longer to manifest since the drug requires regular dosing up to eight weeks before the plasma level becomes stable in the blood.

Although Wellbutrin is an effective antidepressant, studies show that around 10 percent of people who are under Wellbutrin medication stop taking the drug because of its side effects. The drug can cause nausea, vomiting, agitation, and confusion.

Dangerous interactions may occur if you are taking other medications aside from Wellbutrin. Avoid Wellbutrin if you have a history of taking MAO inhibitors in the past two weeks. MAO inhibitors are the first types of antidepressants to be developed. However, they became unpopular because they caused numerous food and drug interactions. They also increase the levels of neurotransmitters (dopamine, serotonin, and norepinephrine) by inhibiting monoamine oxidase.

Some people are also allergic to bupropion. It is important to inform your doctor if you have a known allergy to Wellbutrin. Do not take Wellbutrin if you have the following conditions:

Be aware that Wellbutrin can cause seizures, especially those who have other medical conditions. For this reason, you must inform your doctor regarding your medical history. Moreover, avoid taking multiple medications while you are on Wellbutrin.

Before taking Wellbutrin, it is crucial to let your doctor know if you have the following medical conditions:

Some people develop suicidal thoughts after taking an antidepressant. If you are taking Wellbutrin, you will be monitored by your doctor for any progress during regular checkups. It is also beneficial to let your family members or caregivers be aware of your condition, so they can help observe the changes in your symptoms or mood while you are on Wellbutrin.

Moreover, if you are planning to get pregnant or is currently pregnant, inform your doctor right away. The US FDA has assigned Wellbutrin to pregnancy category C. Because of the insufficient studies for the use of Wellbutrin in pregnant women, the drug is only recommended when benefits can justify the risks involved. In addition, it is not yet known if the drug can actually harm the fetus.

Taking Wellbutrin may be linked to weight changes, which include both gaining and losing weight. However, reports show that people who take Wellbutrin are more inclined to losing weight rather than gaining weight. A weight loss of more than 5 pounds is undesirable for people who are malnourished, anorexic, and other weight loss issues. Therefore, patients who are taking Wellbutrin must be closely monitored by the doctor to prevent other complications from occurring, especially if they happen to be related to weight loss.

Wellbutrin is a potent drug. For this reason, the drug must be avoided unless it is really needed for the treatment of depressive disorders. Losing weight as a side effect of Wellbutrin is only a secondary benefit to experience if you are obese or overweight. Remember that not all people can shed off extra pounds while taking the drug since each individual is unique and responds differently to certain medications.

I have sprained my ankle while running and its now...

How many veneers can I get?

Can I brush my teeth with a broken tooth?

More from FindATopDoc on Wellbutrin 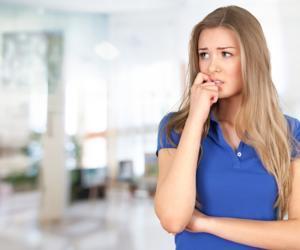 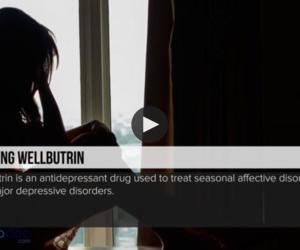