ALS, or amyotrophic lateral sclerosis, is a neurological disorder that many people refer to as Lou Gehrig's disease. This is a progressive disease in which the nerves that control the voluntary movements in the body deteriorate. As the nerve cells degenerate, it leads to paralysis and then death after a few years. The motor nerve cells that are affected in this disorder control movements in the hands and legs, eliminates the ability to swallow food, and eventually can cause an individual to stop breathing. The disorder is seen to be more common among men than in women.

In several cases, genes seem to play an important role in the disease, because it can be inherited. Studies also show that exposure to certain chemicals, fertilizers, and other environmental factors may trigger this disorder. Trauma and certain viral infections also increase the risk of getting this disease. Some theories suggest that over excitation of the nerve cells by the chemicals, like neurotransmitters, trigger this disorder.

What causes tingling in your neck?

ALS belongs to group of disorder that is motor neuron disorder. Vital communication link between brain and the voluntary muscles is provided by these motor neurons. Upper motor neurons transmit messages from motor neurons to the brain which is then transmitted to the motor neurons present in the spinal cord and from the brain’s motor nuclei to the muscle.

Both the upper as well the lower motor neurons degenerate or die in ALS. Thus messages are not sent to the muscles. These muscles gradually weaken since they are not able to function. They begin to twitch, waste away. Eventually the ability of the brain to initiate voluntary movement and control it is lost. Hence muscle weakness or stiffness is the early symptoms of ALS.

Gradually these muscles that control voluntary movements are affected. The strength of the individual is lost. The person is not able speak, move, eat and breathe. Many deaths happen in people with ALS because of respiratory failure. From the time of onset of symptoms, the death may happen within 3-5 years. However, survival for ten or more years is possible in some cases if ALS. For a person to get ALS there are several potential risk factors.

According to some studies, the disease is likely to develop 1.5 to 2 times more in military veterans. The reason for this is not clear yet. Most probably the exposure to pesticides, lead, environmental toxins could increase the risk. By the U.S department of Veterans Affairs ALS is recognized as a disease connected to service.

The initial symptoms of the disease are often ignored or overlooked. Some of the initial symptoms include twitching and stiffness in the muscles. The symptoms are mostly overlooked since they are very subtle but gradually more obvious symptoms develop. The physician may suspect ALS because of weakness or atrophy.

Common symptoms of ALS include:

The disease progresses gradually and spreads to different parts of the body.

As ALS progresses, the symptoms include:

The rate of disease progression differs from one individual to another. Some may complain of problems with memory. They also have an increased risk of pneumonia as the disease progresses.

The first sign of ALS for many individuals may appear in the arm or hands. With simple tasks they experience difficulty such as writing, buttoning shirt, turning a key. In some cases, one leg is affected by the symptoms and when walking or running people often feel awkward. Sometimes such people will notice that very often they stumble or trip. Limb onset is the term referred when the symptoms begin in the arm or legs. Bullar speech is the term referred when the first symptoms noticed by the individual with ALS is difficulty in speech, swallowing.

As the disease progresses the muscles become weak and atrophy and spread to other body parts regardless of where the symptoms first appear. The individual may develop dysphagia- difficulty swallowing, dyspnea-difficulty breathing, dysarthria- difficulty speaking or forming words or problems moving. Although from person to person the rate at which the disease progresses and the sequence in which the symptoms appear will vary but eventually the individual will have difficulties standing, walking, using their hands or arms or getting in and out of bed.

In people with ALS the risk of choking is more since they find it hard to eat because of difficulty in swallowing and chewing food. Also at a faster rate they burn calories compared to those who do not have ALS. Hence such people tend to become malnourished since they can rapidly lose weight. But people with ALS become anxious and depressed because they are aware of the way the disease is progressing and the functions that they are losing.

They are aware of all this since their ability to perform higher mental processes is still retained. This includes remembering, reasoning, problem solving and understanding. In minority individuals there is chance of developing problems with decision-making, language and according to some evidence some people over time may also develop dementia.

As the muscles of the respiratory system become weak some people may have difficulty breathing. The ability to breathe on their own is lost and hence a ventilator is needed for survival. Muscle cramps cause discomfort. Painful neuropathy may develop in some individuals with ALS.

The symptoms of ALS may spread to other parts of the body weeks or possibly months after onset. Due to some other disorders the symptoms of ALS may also appear. When specialists work together to verify the diagnosis then patients benefit from care by an interdisciplinary neurological team.

There is lack of voluntary muscle control as the disease progresses, thus difficulty moving and thus spreads throughout the body. Spasticity from stiffened muscles, muscle atrophy and exaggerated gas reflex. Are the worse symptoms of ALS? According to several studies few people may have problem with memory, decision making, depression and other cognitive functions.

The disease does not have a complete cure. Treatments are available to alleviate the symptoms. Drugs are available to prevent damage caused by the over excitement of neurons by neurotransmitters. Physical therapy helps to improve muscle strength and mobility. Doctors may prescribe antidepressants for those who have depression as one of the symptoms. Medications are also available to control symptoms like fatigue, muscle cramps, stiffness of muscles, sleep troubles, and constipation.

Progressive loss of motor neurons is associated with both sporadic and familiar ALS. Depending on which part of the nervous system is affected the symptoms occur and this varies from person to person. The lower half of the brainstem is the medulla and it controls the autonomic function of the body. This function includes heart rate, blood pressure and breathing. The medulla may get damaged.

The person may find difficulty performing everyday tasks. This is the early sign of ALS. The person may have difficulty climbing upstairs or getting up from chair. Usually in specific parts of the body the early symptoms are found. These symptoms initially happen only on one side of the boy which means that they are asymmetrical. Later they spread to the other side of the body too. It is common to develop bilateral muscle weakness which can cause muscle wasting and weight loss. What remains intact in people with ALS is the bowel function, senses and urinary tract.

A common symptom is cognitive impairment. Without any mental decline behavioral changes can occur. In all sufferer’s emotional liability can occur. This can occur without dementia. The most common cognitive symptoms are inattention and slowed thinking. If the nerve cells in the frontal lobe are degenerated, then ALS-related dementia can occur. Usually this is most likely to occur if there has been a family history.

Usually a neurologist can diagnose ALS. There is no specific test for its diagnosis. It can take weeks to months for the process of diagnosis. If you have progressive neuromuscular decline, then the doctor may suspect that you have the disease. They will monitor your condition to watch out for any increasing symptoms. These include muscle weakness, twitching, cramps, convulsions, wasting and contractures. A number of other conditions can cause these. Hence in diagnosis the doctor will try to rule out other heath conditions. With a series of diagnostic tests this is done.

What’s the issue going on with my arm?

What could be the reason behind lightheadedness, dizziness... 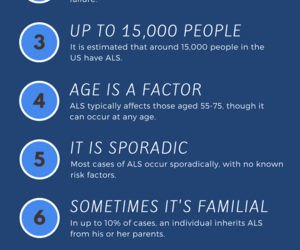 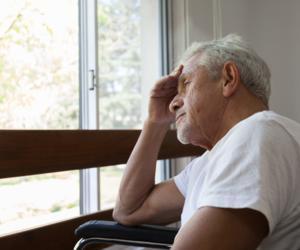 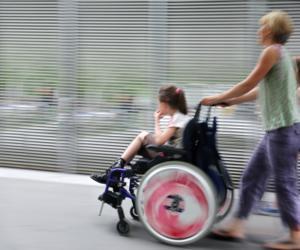