Hormones are a special kind of chemical messengers in the body that are created by the endocrine glands. These chemical messengers control and coordinate complex processes in the body, such as growth, metabolism, fertility, and reproduction. Hormones can also influence the body's immune system including a person's emotions, mood, and behavior.

The human body has around 50 different types of hormones in the body that are categorized into three main types. A hormone's structure usually determines how it functions in the body. 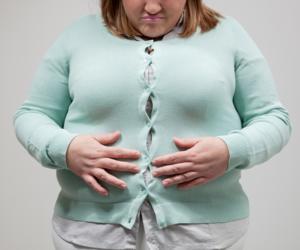 Have a question aboutHormones?Ask a doctor now

These hormones are made from amino acid chains and are water-soluble. Their receptors are located on the cell's surface since they have a difficulty getting through the cell membrane. These hormones make up most of the body's hormones. An example would be insulin, which is the major energy storage hormone in the body.

These hormones come from the amino acid tyrosine. An example would be the thyroid hormones T3 and T4. This is the reason why tyrosine is critical to the function of the thyroid gland.

Hormones are secreted by the endocrine gland. This gland is ductless, so secreted hormones directly go into the bloodstream instead of the ducts. Some of the major endocrine glands are:

All of these glands and organs secrete hormones and bring about major changes in the body.

Hormones have a lot of functions that are important for the smooth functioning of the body. An excess or deficiency of any type of hormone can greatly affect an individual's normal daily routine. Hormones help regulate growth, the development of the body, and any deficiency of the growth hormone.

They can activate or suppress the immune system and is mostly carried out by the hormone called cortisol and steroid hormones. The sex hormones called estrogen and testosterone help in the development of reproductive functions, such as menstruation, lactation, childbirth, and pregnancy.

Other important hormones that play a part in the process of reproduction include:

There are certain hormones that help in the secretion of other hormones as well. One example is the thyroid stimulating hormone (TSH), which is released from the pituitary gland and stimulates the release of another thyroid hormone called thyroxin. Any resulting increase in the level of this thyroid hormone in the blood would act as a feedback signal to the pituitary gland to stop the release of any TSH.

Below are some of the other effects of hormones in the body:

Diagnosis and Treatment of Hormonal Imbalances

Hormonal imbalances can be diagnosed through blood tests. Aside from collecting a blood sample, a person's urine or saliva can also be used to check for any hormonal abnormalities.

If your healthcare provider detects a hormone deficiency, a synthetic hormone replacement therapy may be recommended. If there is an excessive production of hormones, certain medications can be prescribed to curb the effects. If a person has hypothyroidism or an underactive thyroid gland, treatment may include taking synthetic thyroxine, which is available in the form of a pill. On the other hand, if a person has hyperthyroidism or an overactive thyroid, your healthcare provider may prescribe drugs like propranolol to counteract its effects.

Hormones and Their Functions

There are several hormones that are secreted by the adrenal glands, and one of them is cortisol, which is also regarded as the body's main stress hormone. When there is a cortisol imbalance in the body, a person may experience adrenal fatigue.

Although adrenal fatigue is not an accepted medical diagnosis, this term is commonly used in naturopathic and alternative medicine. The term adrenal insufficiency or Addison's disease is used instead of adrenal fatigue when referring to the insufficient production of one or more hormones due to an underlying illness.

Some of the signs and symptoms of adrenal insufficiency include:

Each cell in the body is in need of the thyroid hormone for a healthy functioning. There are various kinds of underlying thyroid issues occurring in the body that would not easily show up in laboratory tests. One example is thyroid conversion problems, which can cause ongoing symptoms and weight gain.

In such cases, an individual may experience the following symptoms:

There are three forms of estrogen, and they estrone or E1, estradiol or E2, and estriol or E3. The ratio among these forms of estrogen is said to be very important for both men and women. Few studies have associated estrogen imbalance with an increased mortality rate in people who have heart problems and cancer.

When estrogen is low, people may experience the following symptoms:

An excessive production of estrogen can lead to symptoms such as:

Both men and women need a healthy balance of progesterone. The hormone progesterone is helpful when it comes to balancing and neutralizing the effects of having too much estrogen in the body. Without an optimal amount of progesterone, the amount of estrogen may turn out to be harmful and can go out of control. Such condition is called estrogen dominance.

With lack of required estrogen, an individual may experience the following symptoms:

In women, low levels of testosterone have been associated with certain issues such as a lack of sex drive, heart-related conditions, and breast cancer.

In one study, it was found out that men who have low levels of testosterone tend to have a higher death rate. When women have too much testosterone in the body, they may experience symptoms, such as:

Without enough testosterone, women may also experience symptoms, such as a lack of sex drive, stubborn weight, and fatigue. Men do not produce estrogen similar to women. Estrogen is rather converted through a process known as aromatization. The enzyme called aromatase transforms testosterone into estradiol, which is essential for erectile function, modulating libido, and spermatogenesis.

Insulin is a hormone produced by the pancreas. This hormone allows the body to use glucose (blood sugar) from carbohydrates to store glucose for future use or for energy. Insulin is the one that regulates a person's blood sugar level from getting very low (hypoglycemia) or very high (hyperglycemia). Insulin is usually described as a key that helps unlock cells to allow the entry of sugar, which is used for energy.

More from FindATopDoc on Hormones 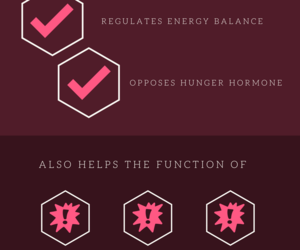 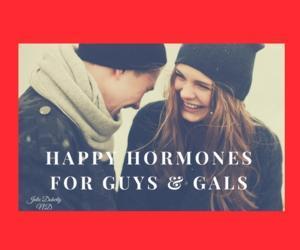 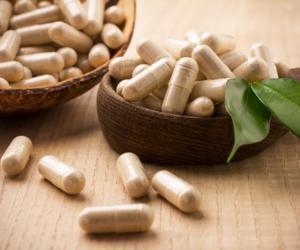 Is There an Association Between Your Sleep and Testosterone Levels?