Roundworms are a type of parasitic worms that infect the human intestine. Roundworms may vary and size and have a characteristic long, round body. These parasitic worms can cause a number of health problems in humans. They can enter the human body through the mouth and direct contact with contaminated soil and stool. Roundworms can also survive in the intestine for a long time.

Roundworms or nematodes belong to the phylum Nematoda. Roundworms are contagious and anyone can get a roundworm infection. However, this parasitic infection is more commonly seen in people who live in underdeveloped parts of the world, especially in tropical and subtropical areas. Individuals with poor hygiene are also susceptible to contract parasitic infections.

Why does it take so long to wake up from anesthesia?

Have a question aboutRoundworms?Ask a doctor now

There are several types of roundworm infections, which can cause nausea, diarrhea, abdominal pain, weight loss, breathing difficulty, and blood in the stool.

Nematodes are different in many ways. They also live in different environments. For instance, if they live in an environment with a low food supply, they tend to become hermaphrodites, which means that they both have male and female parts and are capable of self-fertilizing and carrying their eggs until they hatch.

They also have the following similar characteristics:

Ascaris lumbricoides is the largest roundworm that parasitizes the human intestine. An adult female can be as long as 35 cm, while an adult male can grow up to 30 cm. People with A. lumbricoides are often asymptomatic with mild intestinal discomfort at times. If the infestation is severe, these large roundworms can block the intestine. They can also cause wheezing and coughing if immature roundworms reach the lungs. The disease caused by this roundworm is called ascariasis, which is uncommon in the United States.

A. duodenale and N. americanus are two major types of hookworms. Hookworm eggs usually end up in the soil after human defecation. Their eggs hatch in soil and become tiny immature worms until they have the opportunity to enter the human body by breaking through the skin like the soles of the feet when people walk barefoot.

These worms travel to the human intestines, where they mature. Hookworms can also potentially cause anemia because they tend to attach to the intestinal lining and suck blood. Hookworm infections in humans are uncommon in the United States.

Enterobiasis is usually seen in children ages 5-10 years old. This parasitic infection is also common in people who have direct contact with these children and those who live in institutions. Treatment for enterobiasis includes medication. Although long-term health effects and dangerous complications are rare, reinfection is possible.

The disease caused by Strongyloides worms is called Strongyloidiasis. Strongyloides also live in the soil and infect humans by breaking through the skin. Similar to hookworms, they also attach to the intestinal lining of humans. Strongyloidiasis have been reported in the Southeast, while tends to be rare in the U.S. This parasitic infection causes mild symptoms, but may also cause any of the following:

Rats and rodents are usually responsible when it comes to the endemicity of this parasitic infection. Game meat and pigs become hosts of Trichinella when they feed on the infected meat of other animals and rodents. Humans can also get infected when they accidentally consume the undercooked meat of infected animals.

The disease caused by Trichinella is called trichinellosis, which may cause mild to severe symptoms. After 1-2 days of consuming infected meat, diarrhea, nausea, and vomiting may occur. After two weeks, fever, headache, and muscle pain may be experienced.

Like Ascaris and hookworms, whipworm is also soil-transmitted. Whipworms usually inhabit the large intestine. Their eggs are then passed in the feces of infected humans. These eggs become infective when they become in contact with soil. This happens when infected humans defecate outside near a garden, field, or bushes. The eggs can also be deposited in the soil when infected human feces is used as a soil fertilizer.

This parasitic infection occurs when whipworm eggs are ingested. Transmission can happen when people eat food without washing their hands or cleaning their fingers that have contaminated dirt, including the consumption of unwashed, raw fruits and vegetables.

Roundworm infections are diagnosed by taking a patient's medical history, along with checking his or her symptoms. Healthcare providers may run some blood tests including a stool analysis to check for the presence of eggs under the microscope.

Roundworm infections can be prevented in the following ways:

How long does a radiation therapy treatment usually...

How would I know if I have hookworm?

More from FindATopDoc on Roundworms 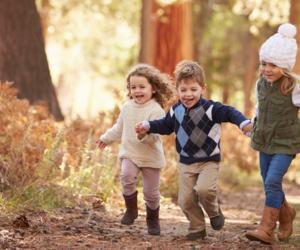 What Is Ascariasis: Symptoms and Treatment

My husband has a parasite eye infection. Is it contagious?

My husband has a parasite eye infection. Is it contagious?