Cyanosis is the medical term for a bluish discoloration of the skin, nails, toes, and mucous membranes. It is generally caused by low levels of oxygen in the blood. Normally, blood appears bright red when it is fully oxygenated. However, when blood does not have enough oxygen, it turns bluish red or dark purple in color.

This bluish discoloration manifests in the parts of the body where there is limited oxygen in the blood, such as mucous membranes, skin, and nail beds. Cyanosis happens when fresh oxygen cannot get into the bloodstream or when there is a delay in blood reoxygenation. 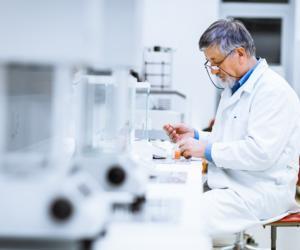 Have a question aboutCyanosis?Ask a doctor now

This type of cyanosis is usually due to lung or heart diseases and hemoglobin abnormalities, such as sulfhemoglobinemia or methemoglobinemia. A bluish discoloration is often seen on a person's lips and tongue due to central arterial blood desaturation from respiratory and cardiac disorders.

Urgent assessment or hospital admission is required when a person experiences episodes of central cyanosis. An emergency admission is particularly important in young children and infants.

Peripheral cyanosis is due to poor local circulation and increased oxygen extraction in the peripheral tissues of the body. This type of cyanosis features peripheral vasoconstriction and a bluish discoloration of the affected areas, which are often cold. The bluish discoloration is prominently observed in nail beds, which can be relieved by gently warming the extremity.

Peripheral cyanosis can be caused by the following:

Most cases of cyanosis happen due to a lack of oxygen in the blood, which can be caused by the following:

Problems that affect the airways:

Aside from a bluish discoloration, cyanosis may also be accompanied by varying symptoms, which depend on the underlying disorder. Problems that arise due to circulatory system disorders may also involve other systems of the body.

Cardiac and respiratory symptoms with cyanosis:

Other symptoms that occur with cyanosis:

The common risk factors for cyanosis include:

Consult your healthcare provider right away if you develop a bluish skin discoloration or bluish tinge in your fingernails or toenails. Cyanosis is often a sign that something is not right in your body. To help determine the cause of cyanosis, the doctor will initially conduct a physical examination by checking the affected parts of your body and listening to your lungs and heart. A sample of your blood may also be collected for other tests.

A noninvasive pulse oximeter may also be used by your healthcare provider to measure your blood's oxygenation. Your doctor may also order an arterial blood gas test to measure the levels of pH, oxygen, and carbon dioxide in the blood. To further evaluate your lungs and heart, imaging tests, such as a chest X-ray or a CT scan may be performed as well.

Treatment usually depends on the cause of cyanosis (e.g., patients who have shortness of breath may receive oxygen). However, you should seek immediate medical help if your hands or feet still remain bluish in color even after warming them up. Treatment for cyanosis usually involves the identification and correction of the underlying cause to effectively restore the flow of oxygenated blood to the affected areas of the body. Limited complications and an improved outcome may result when prompt treatment is received.

There are also off-label drugs that can be used to help relax the blood vessels in peripheral cyanosis. They include erectile dysfunction drugs, medications for high blood pressure, and antidepressants. An off-label drug is an FDA-approved medication used for a different condition instead of using it for its intended purpose. These drugs can still be prescribed by doctors for their patients as they see fit.

However, certain medications may cause side effects like blood vessel constriction. They include medications such as:

Heart failure and other potentially life-threatening medical conditions that are associated with cyanosis are considered as an emergency, which requires treatment in a hospital. Long-term lifestyle changes may be required in people with Raynaud’s disease. Smoking and consuming caffeinated products should be avoided since both can cause blood vessel constriction.

Are dryfruits okay for 3 year olds or is it too much...

More from FindATopDoc on Cyanosis

Do metal braces cause gum recession?

How are veneers applied to your teeth?

What lifestyle changes do you need to make after coronary...