Emphysema is a form of chronic lung disease and one of the main types of chronic obstructive pulmonary disease (COPD). This disease is regarded as "obstructive" because people who are suffering from emphysema exhale air as if there is an obstruction. There are various factors that can cause emphysema, but one of the main factors is smoking. Even though there is no cure for emphysema, quitting smoking can reduce the progress of the disease. 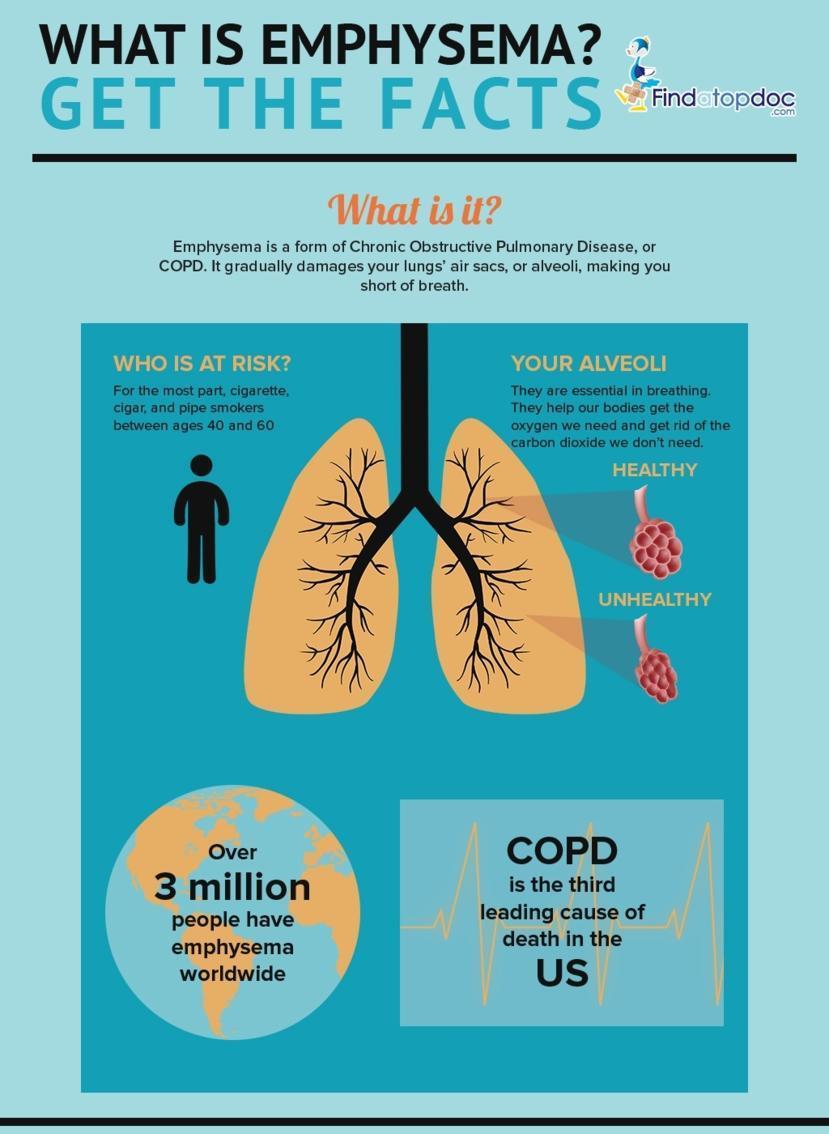 Should people with bipolar disorder take SSRIs during...

Have a question aboutEmphysema?Ask a doctor now

Emphysema slowly affects the air sacs in the lungs, known as alveoli, making it difficult to breathe. When a person suffering from emphysema exhales, the damaged air sacs do not properly function because old air gets trapped inside, making it difficult for fresh air to enter. The treatment for emphysema can reduce the progression of the disease, but it cannot repair the damage already done to the lungs.

Emphysema may remain undetected for many years because it does not initially show any symptoms. The main symptom of emphysema is difficulty breathing, a symptom which slowly progresses. Initially, a person suffering from emphysema may avoid activities that cause difficulty breathing, so this symptom is not treated as a problem unless it starts affecting the daily activities of the patient. As the disease progresses, patients will find it difficult to breathe even while resting.

The main cause is exposure to airborne irritants, which include tobacco smoke, marijuana smoke, air pollutants, and manufacturing smoke. Very rarely, emphysema is caused by heredity, wherein a person has a shortage of a protein that guards the elastic structure in the lungs, known as alpha-1 antitrypsin deficiency emphysema.

The risk factors associated with emphysema are:

Individuals should consult a healthcare provider if they are experiencing unexplained difficulty breathing for a few months, particularly if it is getting worse with time, and has significantly affected their daily activities. Seek immediate medical assistance in the following cases:

Some of the complications associated with emphysema are:

To know if a person is suffering from emphysema, the doctor will suggest the following tests:

Emphysema cannot be cured, but treatment will help the patient get some relief from the symptoms as well as slow down the progress of the disease. Treatment for emphysema usually depends on the patient's condition and intensity of the disease. In most cases, a step-by-step approach is followed for the treatment of emphysema.

More of a lifestyle change, quitting smoking is one of the first things to be done by any patient suffering from a lung condition like emphysema. Smoking aggravates any lung disorder and causes irreparable damage, which can quickly worsen a person's condition.

Quitting the bud may greatly help when it comes to slowing down the progression of the disease and helps the lungs to function better. Naturally, the lungs tend to slow down in their function as a person ages. When lung function reduces, the risks associated with the development of chronic lung disorders like COPD become higher.

Smoking only contributes to the deterioration of lung functioning. Quitting unhealthy habits like smoking helps increase the life of the lungs and brings its functioning to normal levels. If you are addicted to smoking and wishes to get rid of this bad habit, your doctor may be able to prescribe you certain medications to help stop your urge to smoke. People could also seek the help of certain support groups that work towards helping people get rid of their addiction.

In some mild cases, the doctor may recommend certain lung exercises to patients to improve their lung function. Such exercises include a spirometer exercise, in which patients use their flow and blow into the spirometer device. These exercises should be done under strict medical supervision and are known to have a great impact on improving lung performance.

These are medicines that help in opening up the airways for a better and smoother exchange of air to occur in the lungs. Bronchodilators are usually the initial medications prescribed for emphysema. In the first stage of less intensive cases of emphysema, bronchodilators may be recommended for use only as and when required for breathlessness. The most commonly recommended bronchodilator for mild cases of emphysema is albuterol (Proventil or Ventolin). This medication is known to show prompt action with a lasting effect up to 4-6 hours. Albuterol is available in the form of an inhaler and provides immediate relief.

For patients who suffer from shortness of breath even during resting, the treating doctor may prescribe albuterol to be administered at regular intervals either through a direct inhaler or through nebulization. In nebulization, the medication goes into the lungs in a slow vaporized manner and is known to provide relief to the patient by opening up the airways and facilitating smooth flow of air to and from the lungs.

Some people suffering from an advanced form of emphysema may require surgery to decrease lung pressure and to better manage the symptoms. Surgery is not usually recommended for older adults with severe emphysema as it only increases other health risks. People who have lung damage around the upper lobes of the lungs are more likely to sustain and experience the positive effects of surgery.

If a patient has severe emphysema, the doctor may suggest the following surgery options:

For patients suffering from emphysema, certain lifestyle changes and home remedies will help reduce the progression of the disease and from any complications.

There is no definite cure for emphysema. However, the symptoms can be managed to slow down the progression of the disease. Certain lifestyle changes may also go a long way in treating the condition.

What to Expect After Recovery from an Appendectomy

What is the best antibiotic for eye infection?

My mother is 68 years old and has been diagnosed with...

More from FindATopDoc on Emphysema

What does home respiratory care involve? 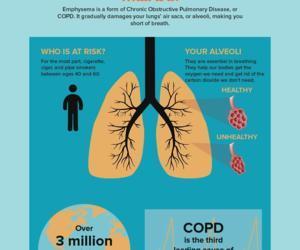 My mother is 68 years old and has been diagnosed with emphysema. How do we proceed with treatment?