The Munchausen syndrome is regarded as a factitious disorder. It is a type of mental disorder, wherein people pretend to have certain physical or psychological symptoms in them. People who are between the ages 20-40 years old are more prone to developing the disorder. Men who have few family relationships and women who have knowledge about health care tend to be more prone to developing the illness.

Munchausen syndrome likely coexists or follows with Munchausen syndrome by proxy (MSBP). In the United States alone, the condition is known to occur in small portions, especially in certain subpopulations where people have been earlier diagnosed with fever of unknown origin (FUO) or psychosis. 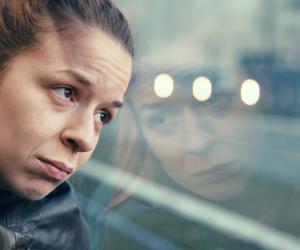 This syndrome is known to be mainly motivated with the desire to assume the role of a sick person instead of other reasons such as financial gain, trying to avoid any kind of responsibility, improvement in his or her physical condition, trying to seek out drugs, or other benefits that occur in malingering. Individuals with Munchausen syndrome tend to intentionally fake, simulate, or self-induce any kind of injury or medical illness to make them look weak and sick.

Research studies have different results in terms of the identification of individuals who are most at risk of developing the disorder.

Although the condition can occur at any age, it is known to develop during the period of late adolescence or in the early adult stage.

Munchausen syndrome by proxy (MSBP) is a mental problem, wherein a caregiver fabricates illness of a person, who is under his or her care. It can be a young child, an older adult, or someone who has a disability. MSBP is considered as a form of elder or child abuse since caregivers victimize vulnerable individuals.

Before the mental disorder got its name, it had been described as far back as the biblical times. One of the examples would be that the individuals who had this disorder during the Medieval Period would scrape off their skin or put leeches into their mouth to induce bleeding.

This mental disorder got its name from Baron Karl Friedrich von Munchausen. He was born in Germany and lived from 1720 to 1797. He was part of the Russian military and was quite famous for telling fantastic stories about the various battles he encountered. During the late 18th century, he entertained dinner guests with his adventures when he was in the Russo-Turkish War. In one of his stories, he had reportedly claimed to ride cannonballs as well as travel to the moon.

In 1785, Rudolf Erich Raspe, a German writer and scholar, published a book about a fictional character who closely resembled the traits of Baron Munchausen, who told many impossible and fantastic stories about his experiences and accomplishments. His book and the character he created became a sensation, which established a literary personification of an ostentatious liar.

Richard Asher was the first to describe and show the pattern of self-harm in 1951. According to Asher, there were individuals who fabricated the signs and symptoms of their illness as well as their medical histories. By remembering Baron Munchausen, Asher named such condition as the Munchausen’s Syndrome in his 1951 article published in The Lancet.

There is no exact cause for Munchausen syndrome. However, like other mental illnesses, it may be a result of a combination of factors such as:

There is very little information about the syndrome's exact biological risk factors. When it comes to psychological factors, individuals with this mental illness may have:

Most personality traits of people who have a medical history of the symptoms of this mental disorder include:

Below are certain risk factors for individuals suffering from Munchausen syndrome:

The specific signs and symptoms of the disease usually vary from chest pain (heart problems) to ear problems to psychiatric issues such as hallucinations.

Below are few of the common physical symptoms seen in an individual with Munchausen syndrome:

Most people who have the disorder often have a common pattern when it comes to seeking medical help from healthcare providers and hospitals:

Individuals with this syndrome are also highly likely to commit self-injury, changing of test results as well as predictable relapse patterns. Other forms that this disorder may take include:

Intriguingly, the symptoms of this mental illness in adults are quite the same in children and teenagers.

The Diagnostic and Statistical Manual of Mental Disorders (DSM) has set some criteria for this factitious disorder, which include:

There is no definitive test such as a specific blood test or X-ray that can assess an individual with Munchausen syndrome. For this reason, most healthcare providers carry out an interview regarding the patient’s mental health and identify the symptoms of mental illness.

Individuals with Munchausen syndrome may be knowledgeable of medical terms or have noticeable surgical scars without having a reliable proof of physical illness. Like any other evaluation of mental health, healthcare professionals usually work on ruling out other mental health problems along with making sure that the patient does not have a primary illness or health issues that may cause an emotional problem.

They would also ask if the patient recently had any physical examination, blood tests, or other medical procedures, which are needed to diagnose a medical condition. Reviewing medical records is also crucial along with talking to other people who are close to the patient to identify the possibility of causing or feigning symptoms or an incidence of faking or lying about the patient’s symptoms in the past.

Due to the disorder’s chronic nature and the tendency of patients to run away from care, the treatment of the condition can be quite challenging.

There is no specific method when it comes to effectively managing the disorder. Most of the time, confronting people with the disorder tends to have no effect. Moreover, individuals who have this mental illness are highly likely to end their treatment when they are confronted, but resume seeking treatments and unnecessary tests from a new doctor. Thus, the key to treating people with the disorder is to carefully maintain a balance of providing empathetic medical support and preventing the patients to undergo other unnecessary tests or medical procedures.

A good method of addressing the disorder would be showing empathy for the patient’s endeavors, which may have caused the development of the mental illness along with giving them encouraging support to develop other ways of dealing with their feelings or emotions.

Psychotherapy is a type of counseling, which is primarily used for the treatment of factitious disorders. The treatment usually concentrates on modifying the behavior and thinking of patients, which is why this treatment is also called as cognitive behavioral therapy (CBT).

Treatment using medications in individuals who have factitious disorders must be closely monitored to eliminate the risk of not taking their medicine or the risk of using the drugs in a destructive way.

Is there a way to prevent this factitious disorder?

Unfortunately, there is no known way to prevent this mental disorder. The moment people show symptoms of the disorder, it might be helpful to start treatment right away.

Some individuals who have this factitious disorder may only suffer few episodes of the symptoms. However, in most cases, this mental illness is often a recurring condition, which can be quite difficult and challenging to treat. Many patients usually deny that they are only pretending to be sick and that they are only faking their symptoms. Thus, a better and more realistic approach to this condition is to work on managing the disorder instead of trying to cure it.

Moreover, it is also important for people to avoid unnecessary hospital admissions and undergoing numerous medical examinations or treatment.

Why does depression cause anxiety?

More from FindATopDoc on Mental Illness 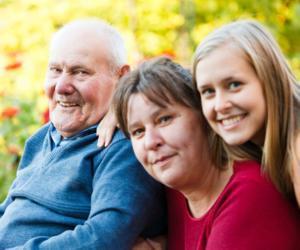 Straight From the Heart: A Honest Insight into Parenting

How do you stop anxiety naturally?