Transorbital lobotomy was once considered as a form of neurosurgery that was labeled as "insane". A pioneer in this field was a Portuguese doctor named António Egas Moniz. He introduced frontal lobotomy in 1935 for certain cases of psychosis and won a Nobel Prize because of it. This significant part of early psychiatry was shown on the second season of the American horror television series called American Horror Story: Asylum, where Anne Frank was diagnosed with postpartum psychosis after attempting to suffocate her son.

There was a scene in the series where a doctor uses an instrument similar to an ice pick to delve into Anne Frank's brain through her eyelids. However, this scene was not an exaggeration. During the mid-1930s, early neurologists really performed this procedure to their patients. The main goal of the operation was to treat various forms of mental illnesses by changing how the brain functions. It was the time when lobotomy was believed to cure mental illnesses.

Do I have tinnitus?

The prefrontal cortex controls personality expression, socially acceptable behavior, reasoning, and understanding. Experts believed that when the connection between the frontal lobes are severed, emotions and behavior can be stabilized or controlled without affecting a patient's IQ and motor skills. Although it may sound intrusive and gross, transorbital lobotomy was a type of brain surgery.

One of the hideous, horrible, and terrible experiments

In 1935, two Portuguese neurologists named Dr. Almeida Lima and Dr. Antonio Egas Moniz performed the first lobotomies, which involved drilling holes in the patient's skull on either side of the prefrontal cortex. The procedure also included the injection of alcohol into the connecting fibers to destroy them. The procedure resulted in numerous complications, which included damage to other areas of the brain. Dr. Moniz then used an instrument called a leucotome. After drilling holes in the patient's skull, the back of the instrument is pressed. The tool also has a metal loop inside to help remove cores of white matter.

In 1936, Dr. Walter Freeman, a psychiatrist and neurologist, and Dr. James Watts started to perform lobotomies in the US. After 10 years, Dr. Freeman managed to perfect a new method. He wanted the procedure to be faster, less expensive, and more accessible, so he decided to get the prefrontal cortex through people's eye sockets. He initially practiced the technique on cadavers using an ice pick. It is the reason why his method was known as the "ice pick lobotomy."

When Freeman started to perform the procedure on his patients, a stronger leucotome similar to an ice pick was used. This tool was called an orbitoclast. Transorbital lobotomy only took approximately 10 minutes or less. After going through the patient's top eye socket, Freeman could enter the patient's brain by lightly tapping the orbitoclast using a hammer. This action breaks through a thin layer of bone. The doctor cuts through the fibers by twirling it. After removing the orbitoclast, the technique was performed again on the other side. This procedure was also done by nonsurgeons. Since transorbital lobotomy did not require drilling holes in the patient's skull, the patient could be given an electroconvulsive shock to make patients unconscious.

Back then, most mental hospitals were not equipped with enough staff, surgeons, and operating rooms, so Freeman's method made it easier for patients to undergo the procedure. Freeman performed lobotomies in his office as well as in mental hospitals. He also taught other physicians on how to perform the procedure.

Transorbital lobotomy was performed on people of different ages. The procedure was even termed as soul surgery, which became quite common. This type of surgery was used for the treatment of mental illnesses, such as depression, schizophrenia, and chronic pain. However, it had varying results. Although more than a hundred patients died because of the procedure, there were some reports of a decrease in the psychotic and manic behavior of patients after the procedure, which enabled them to resume normal lives.

Death occurred to patients due to brain trauma, such as cerebral hemorrhage. After the procedure, many patients became worse because of brain damage. For this reason, Freeman was not allowed to continue performing the surgery and his medical rights were revoked in 1967.

In the mid-50s, there was a reduction in psychosurgery due to the introduction of chlorpromazine, a prototypical antipsychotic drug.

Prevalence of Lobotomies and Their Effects

In the United States, around 50,000 lobotomies were performed. During Freeman's time, he approximately performed 3,000 to 5,000 lobotomies. Even though a small percentage of the patients stayed the same or got better, many people had negative effects after the procedure. Most of the patients' ability to independently function was lost along with negative effects on their initiative, personality, inhibitions, and empathy. The procedure's major long-term side effect was mental dullness, wherein people lost their personalities and could not live all by themselves anymore.

Psychiatric institutions played a very important role in the prevalence of lobotomies. During those times, most mental hospitals were overcrowded, so performing lobotomies to unruly patients was one of the solutions that helped in maintaining control over these institutions. Such situation was presented in the novel written by Ken Kesey in 1962, which later turned into the 1975 movie titled, "One Flew Over the Cuckoo's Nest", wherein a character named Randall Patrick McMurphy was given a lobotomy that left him mute and empty-minded. The things we often see in movies are exaggerated, but in this case, such presentation of lobotomy was disturbingly real. Lobotomies started to fade away during the mid-50s because of the development of antidepressants and antipsychotic drugs, which were more effective than other treatment methods.

These days, medications are used for the treatment of mental illnesses. When standard treatments fail to work, people may undergo an electroconvulsive therapy, which is a procedure that electrically induces seizures in patients to provide relief from mental health disorders.

Lobotomy is rarely performed today. Psychosurgery or the removal of specific areas of the brain is only performed when all other treatments have failed.

More from FindATopDoc on Transorbital Lobotomy 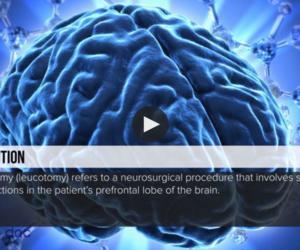 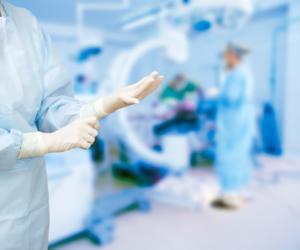