When her husband had Parkinson's, Maura Horton created a line of clothing to help him button his shirts. Now, she's helping other Parkinson's patients get the help they need.

Maura Horton’s husband, Don, was diagnosed with Parkinson’s Disease when he was just 48 years old. Don was part of the about 1.5 million people who had Parkinson’s disease just in the United States. This progressive disease disrupts the neural circuits that are in the basal ganglia, which is the area of the brain that controls movement. 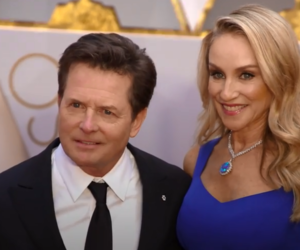 Parkinson’s disease affects men more than women, and it usually strikes men at the average age of 60. However, just like Don, there are men like Michael J. Fox, journalist Michael Kinsley, and MTV host Michael Gibson who developed Parkinson’s disease long before they were 60.

Maybe Parkinson’s patients are predisposed to the disease, but scientists aren't sure of the exact cause for Parkinson's, but what is known is that Parkinson’s has no cure right now, it is progressive, and it disrupts lifestyles.

Don, Maura Horton’s husband, was the football coach for North Carolina State University, and he struggled just to button his dress shirts before games. One particular tricky time for Coach Horton happened just before a game. He was struggling to button his shirt and was running late for kickoff. Then student Russell Wilson, now the quarterback for the Seattle Seahawks, helped coach Horton button his shirt, but it was embarrassing and undignified for Don to rely on his players to help him get dressed.

Maura did what she could, like ordering Velcro shirts, but Don still needed the dexterity to close the Velcro together.

Then, Maura had a brilliant idea. One day while closing her iPad case, she realized that the magnetic case closed easily. Magnetic clasps were the answer to Coach Don’s dilemma. Maura developed the company MagnaReady and patented her creations.

Since then, Maura’s brand of adaptive apparel has grown. The company provides clothes for those who have difficulty buttoning shirts or pants.

"We installed the technology into pants and so many different categories," Horton says. "MagnaReady has its own lines of men's and women's clothing, including pants and other items, all made for those who might have limited dexterity in either or both hands.”

MagnaReady has branched out to more affordable but equally creative designs under the name MagnaClick. MagnaClick is sold in retail stores like Kohls and Macy's. Maura is excited to say that their oldest client is 101 years old!

Currently, MagnaReady is providing adaptive uniforms for kids through Land’s End. Maura has two more patents and a huge announcement ready for customers in the very near future.

Don Horton has since passed away from Parkinson’s, and Maura has had a difficult time moving on, but she is doing it.

Horton says, "Customers share their stories and it’s definitely what keeps me going."  She goes on, "It’s never-ending, from baby boomers to those living with a stroke or short-term problem."

One heartwarming story went viral on Twitter recently. In a video that had over 200,000 likes, a man with cerebral palsy buttons his own magnet-improved shirts with no help. He looks up, looks confidently into the camera, and his beaming smile says it all. It’s stories like this one and many others that keeps Maura Horton going. She is hoping her designs will help the fashion industry to begin focusing on clothing lines that work for those who have issues with dexterity.

The Cure for Parkinson's Disease: Is There Any Progress?

According to neurology professor Yoland Smith, Ph.D.,  patients do not die of Parkinson’s’. It is something else that takes you, but the way you live with this malicious disease and the side effects of the drugs used to treat it are the reasons there is ongoing testing in a lab in Emory University’s Atlanta campus.

Parkinson’s disease has been around for centuries, yet it wasn’t until 1817 when James Parkinson documented the symptoms, which were a loss of muscle control, slowing of motor skills and the complete loss of physical movement as the disease progressed. It was almost another 170 years before Parkinson’s biochemical roots were identified.

The disease is still complicated, and its causes and cures are a mystery. We do know that Parkinson’s is a progressive illness caused by the disruption of dopamine, a chemical messenger in the brain.

Studies have also produced interesting similarities in people who develop Parkinson’s disease. For example in a Harvard study, it was discovered someone with lighter hair had a higher the risk of developing the disease. Perhaps pigmentation plays a role. Researchers at Emory have also discovered a vitamin D deficiency might cause an increased risk for Parkinson’s. Head traumas lead to Parkinson’s, and exposure to pesticides and insecticides may also be culprits.

Some theories claim those who lose their sense of smell, act out dreams while sleeping or suffer from erectile dysfunction may be at high risk for Parkinson’s disease. However, researchers are not really sure if any of these similarities cause Parkinson’s or if they are just coincidences.

What About Synthetic Dopamine?

With the advances in medicine today, is it not possible that synthetic dopamine can be produced in ways to cure Parkinson’s disease? Good question. However, the human brain does not accept artificial dopamine. There is a barrier surrounding the brain’s blood vessels that form a protective blockage for many chemicals that circulate in the blood. One of the chemicals is dopamine.

The blood-brain barrier, however, will accept a drug called Levodopa. When given to patients with Parkinson’s,  Levodopa turns into dopamine inside the brain. But Levodopa has side effects. It only lasts up to five hours, and the drug causes the brain to wear out. After about 5 or 10 years of this therapy, patients are wracked with dyskinesia or severe uncontrollable tremors, spasms, and tics.

The longer a patient uses Levodopa, the more it will become as disabling as Parkinson’s – in other words, the cure is worse than the disease. Young patients with early onset Parkinson’s do not take Levodopa until it is necessary.

The unfortunate thing about Parkinson’s (besides the tremors, tics, and spasms) is the fact the symptoms come on so slowly in humans, that by the time they are noted, most patients are too far gone in the disease for anything to work.

Parkinson’s disease research is ramping up and neural transplants, new drugs, molecule isolating blood tests, and spinal cord stimulation are a few of the remedies being researched.

One cutting-edge therapy that is showing promise is a battery-operated device called a neurostimulator. It is the size of a stopwatch, implanted near the collarbone and has wires connecting to the brain. This device distributes electrical stimulation to the brain that blocks the abnormal signals that are the cause of tremors. Tests show patients using the device and then walking and running for joy.

On the negative side, the surgery is expensive, and health care plans do not cover it. The surgery only lowers the need for Levodopa by 35%, so it is not the total cure-all that was hoped.

Study Shows Parkinson’s and ALS are More Common in... 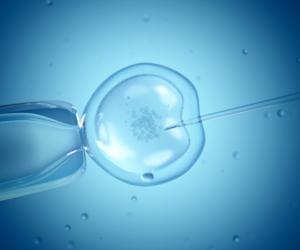 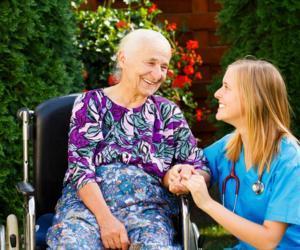