Adenomyosis refers to abnormal thickening of the uterus characterized by the growth of lining tissue into the uterine muscles.

This results in painful and heavy menstrual periods. It is more common among women with increased levels of estrogen.

Adenomyosis usually stops with menopause when the estrogen levels decrease automatically. Symptoms usually appear a few years after the delivery of a child.

The swelling within the tissue of the uterus feels much like a fibroid and often affects diagnosis.

What is the cause of my son's chest pain?

The most characteristic symptoms of adenomyosis are:

Adenomyosis may remain asymptomatic in some women, while in others it can range from mild to severe.

The uterus may enlarge due to thickening of the wall and this may result in tenderness in the lower abdominal area.

The lower abdominal area may also feel bigger than normal.

The actual cause of adenomyosis is not known.

A number of theories have been put forward to explain the abnormal growth of uterine tissue. They include:

Growth of the cells into the muscular layer is fueled by the female hormone, estrogen. When the estrogen levels drop after menopause, the condition resolves on its own.

Women in later middle-age are at a higher risk of developing adenomyosis.

History of uterine surgery and childbirth also enhance the risk of abnormal tissue growth in the uterus.

Pelvic examination is the best way to make a diagnosis of Adenomyosis. An ultrasound scan of the uterus aids in confirmation of the uterus enlargement.

Ultrasound scans also help in visualizing the lining of the uterus. Other imaging techniques like MRI also may be useful in detecting the characteristic changes of the uterus during the disease.

Another technique used in the diagnosis of adenomyosis is the sonohysterography. With this technique, saline solution is injected into the uterus before performing an ultrasound scan.

The most important aspect of diagnosis is differentiating adenomyosis from uterine fibroids.

Which medicine is best for stomach pain?

Can black triangles in teeth be fixed?

Treatment of adenomyosis depends on the type and severity of symptoms.

Non-steroidal anti-inflammatory medications are recommended to reduce the pain associated with periods.

These drugs should start a few days before the beginning of a menstrual period and continue through the periods to relieve pain and inflammation.

Oral contraceptives, progestin-only pills, and GnRH analogs are some of the hormonal therapy methods for controlling bleeding and pain.

These drugs control the estrogen levels associated with menstruation and thus alleviate the symptoms.

When the symptoms are severe, a hysterectomy is suggested, particularly if menopause is not near. This involves complete removal of the uterus.

A number of alternative and homeopathic remedies are used for controlling adenomyosis.

Aurum Chloratum Natrum and belladonna are usually suggested for endometriosis.

Heating pads are used to relax the contracting muscles of uterus.

Aromatherapy is also considered a good way to reduce cramps during those painful days.

There are different ways to adapt your lifestyle in coping with Adenomyosis.

Soaking in a warm bath is useful in relieving cramps during menstrual periods.

Women who have adenomyosis have an increased risk of developing anemia.

This may lead to fatigue, weakness, and dizziness.

Adenomyosis is also associated with depression and anxiety.

Adenomyosis is not a harmful condition, but the symptoms may affect daily routines.

More from FindATopDoc on Endometrial Ablation

My 5 year old daughter is extremely aggressive. What... 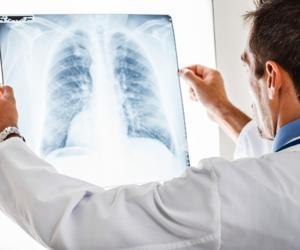 Pneumonia: Are There Multiple Types? 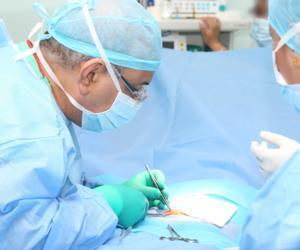 What is an Endometrial Ablation?