Antihistamines are used to relieve or prevent symptoms of allergies. They work by preventing the effects of a substance, histamine, which is produced by the body. Histamine can cause itching, sneezing, runny nose, and watery eyes, and can close up the bronchial tubes (air passages in the lungs), thus making breathing difficult for some people.

Hydroxyzine is used to treat nervous and emotional conditions to help with anxiety. It can also be used to treat anxiety and induce sleep before surgery.

Antihistamines may be used to treat chronic urticaria (persistent hive-like rash) and mast cell activation disorders, or MCADs. They may also be used for other conditions as determined by the doctor.

Antihistamines are available both over the counter and with a doctor’s prescription.

Do not give any over-the-counter cold or cough medications to children under four years of age. Using these medications in children of this age group may cause serious, even life-threatening side effects.

Once a medication is approved for marketing for certain uses, experience may show that it is also useful for other medical conditions. Although these uses are not included in product labeling, some antihistamines are used in certain patients with the following medical conditions:

Certain over-the-counter antihistamines are known to provide relief from symptoms such as runny nose, swelling of the nasal passages, sneezing, watery eyes, hives, rashes on the skin, and itching of the eyes.

This product is available in the following forms:

How Do Antihistamines Work?

When the body comes in contact with any foreign substance or allergen, such as pollen, dust mites, dander, ragweed, etc., it starts to produce its own chemical, known as histamines. These histamines cause the tissue present in the nose to swell, thus making it stuffy, hence, the individual suffers from a running nose, watery eyes or nose, and itching of the mouth. In a few cases, it can also lead to itchy rashes on the skin, which are known as hives. The use of antihistamines leads to the blockage or reduction of these histamines so that they stop the allergy symptoms, as mentioned above. These antihistamine medicines work very well in providing relief from symptoms caused due to various kinds of allergies, which can also include hay fever, outdoor or indoor allergens, or allergies to certain foods. However, one should note that these medicines do not provide relief from all symptoms; for example, to get relief from nasal congestion, the doctor will commonly recommend a decongestant. There are a few medicines which are a combination of both decongestant and antihistamines.

There are some medicines which are available as eye drops and are used for the treatment of symptoms related to eye allergies, such as watery and itchy eyes.

The older version of antihistamines is known to lead to very serious side effects; mostly, they cause drowsiness, whereas the newer antihistamines have only a few side effects, thus, they are deemed a better choice for some people. Some of the side effects of antihistamines include drowsiness, dryness of the mouth, vomiting, dizziness, mood swings, nausea, blurry vision, feeling restless, trouble while passing urine or inability to pass urine, and feelings of confusion. So, if you are aware that a particular antihistamine can lead to drowsiness, it is best to take it before bedtime. Avoid taking such medicines during the day, or else it can lead to interruptions during the day. Before taking any allergy medicine, it is advisable to first properly read the medicine label or abide by the instructions provided by the doctor. Antihistamines are known to cause interactions if used with other medicines, vitamins, or herbal or dietary supplements. It is advisable to first speak to the doctor if you suffer from any heart-related disease, thyroid issues, a bladder obstruction, high blood pressure, disease relating to the kidneys or liver, or glaucoma. Also, let the doctor know if you are pregnant or planning to become pregnant.

Benadryl is a brand under the first generation antihistamine, called diphenhydramine. Benadryl is a common brand mostly used to provide relief from sneezing, runny nose, congestion, and itching of the throat and nose. These symptoms are mostly caused by allergies in the upper respiratory system, hay fever, or other common cold issues. Benadryl is also helpful in the treatment of hives, along with reducing the itching and redness it produces. It is available in tablet form, which has to be swallowed whole, a capsule, a dissolving tablet, a liquid, and a capsule filled with liquid. The other common over-the-counter brands that also include antihistamine diphenhydramine are Unisom, Banophen, Benadryl-D Allergy plus sinus, and siladryl.

Some of the common side effects of the older generation of antihistamines are feeling drowsy very often, dryness in the throat, nose, and mouth, and headache. Some of the uncommon side effects include vomiting, muscle weakness, constipation, nausea, feeling nervous, loss of appetite, congestion in the chest, and hyperactivity, especially in children. The serious side effects of the first generation include pain during urination or trouble while urinating and trouble with vision or blurry vision. The side effects are more commonly experienced by elderly people, so the doctor will first determine the various factors before deciding on the brand to be prescribed.

The second and third generations of OTC oral antihistamines are also called the newer generation of antihistamines. They were mostly developed to target their action on specific receptors. This would lead to a reduction in certain side effects, including drowsiness or a sedating effect, which were mostly linked to the older generation of antihistamines. Also, fewer doses are needed since the body stores it to use for longer durations. Zyrtec is the brand name for cetirizine, which acts as a main ingredient. It helps provide temporary relief from symptoms such as itching, runny nose, sneezing, and watering of the nose and eyes. Zyrtec is also useful in providing relief from itching and redness caused due to hives. This brand is available in tablet form, which can be swallowed whole, as a chewable tablet, and as a syrup. The other common over-the-counter, new-generation brand names that have cetirizine as an active ingredient include Alleroff, Wal-Zyr D, Cetiri-D, Aller-Tec, and Zyrtec-D. Some of the common side effects of this brand are stomach pain, drowsiness, and headache. A serious side effect is difficulty swallowing and breathing.

Is there any way at all to get rid of allergies forever? 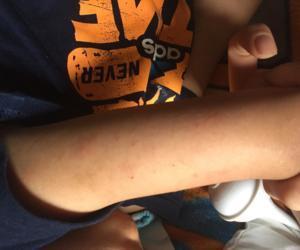 What is the best allergy testing for children? 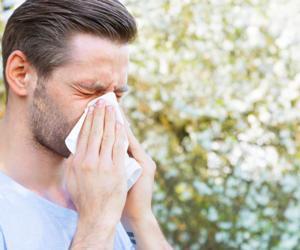 How will a pathologist test for allergies in my son? 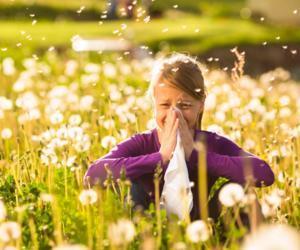 How Do I Protect Myself from Spring Allergies?

Why is my son allergic to citrus fruits?

What Are the Symptoms and Treatment Options for a Nickel Allergy?

How do I know if my child has got an allergy or conjunctivitis?

How do I know if my child has pink eye or allergies?

Is my child's hyperactivity due to Claritin?

How are kids tested for allergies?

What could be the best medicine for allergic rhinitis?

Can dog hair cause allergy for my toddler?