Hallucinations are sensations of something unreal created by the mind. The sensation may be in any one of the senses including smell, taste or auditory.

Thus in hallucination, a person may hear a voice that does not exist in real or see something that is unreal. It may be caused by a mental or physical illness, or as a side effect of medications.

There are different types of hallucinations:

Visual hallucinations – this involves visual senses and is categorized by seeing things that are not real. It may be of objects, people, lights or simple patterns. A hallucinating person may see a person or light that is not present in the light.

Auditory hallucinations – this is one of the most common types of hallucinations. The hallucinating person may hear people speaking to them. The voices may be heard as a neutral or an angry tone. They may also be heard as repeated tapping noise or give the feeling as if someone is walking in the attic.

Temporary hallucinations – these feelings are temporary and usually occurs when the person is undergoing a trauma. The person may see or hear another person who just died a few days back. The hallucination may fade as the pain of loss reduces.

Symptoms that warrant medical attention are:

Hallucinations are caused by a number of factors like mental illness, substance abuse, lack of sleep, and certain medications. Conditions like schizophrenia, Parkinson’s disease, Alzheimer’s disease, and Charles Bonnet syndrome have hallucinations as one of the symptoms.

Medical history and physical examination give important clues about the cause of hallucinations. Tests like an electroencephalogram (EEG) and MRI are used in confirming the diagnosis of the cause.

Treatment depends on the underlying cause of hallucinations. Medications, psychotherapy, surgery, radiation therapy and cognitive behavioral therapy are used in treating the different conditions that lead to hallucinations. 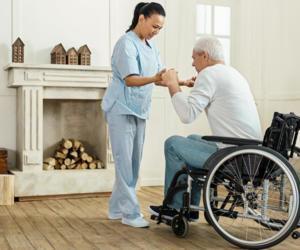 Have a question aboutHallucinogens?Ask a doctor now

There are multiple causes for hallucinations including mental illnesses, substance abuse, sleep deprivation, and certain medications. Mental conditions like schizophrenia, dementia and delirium are some of the common causes of hallucinations.

Alcohol abuse and taking drugs may also lead to seeing and hearing things that are unreal. Not having enough sleep for a long time increases the chance of hallucinations. Certain medications like those used in the treatment of psychosis and depression may lead to hallucinations.

Some possible causes of hallucinations are:

Some other causes of hallucinations include:

Those who have hallucinations should meet the physician for a checkup. Presenting symptoms and physical examination are the best diagnostic measures for the underlying cause of hallucinations.

Some of the causes of hallucinations are medical emergencies and should be treated immediately. People with hallucinations need support and company as they tend to become nervous and frightened.

The fear and paranoia may trigger self-destructive behavior. In children, hallucinations may not necessarily be a symptom of the mental condition.

Doctor may obtain information on:

The information may be provided by the accompanying person rather than the patient himself. Some other tests also may be recommended to identify the problem. EEG is suggested to detect the unusual electrical activity in the brain.

It is usually used to identify hallucinations caused by seizures. MRI is used to visualize abnormalities in the brain like tumor and stroke, which may cause hallucinations.

Treatment is based on the underlying cause of the condition. Medications are used for the treatment of schizophrenia and dementia. Epilepsy is controlled using anti-seizure drugs.

Visual problems like macular degeneration, glaucoma and cataracts are also relieved by medications. Tumors may be treated using surgery. For people with migraine drugs like triptans and beta-blockers are suggested.

Hallucinations linked to psychosis is treated using pimavanserin. This is usually recommended for people with Parkinson’s disease. Antipsychotics are the treatment of choice for people with psychosis.

Cognitive behavioral therapy is a psychotherapy used to slow down the progression of psychosis, particularly in patients who are at a high risk of developing psychosis. In this therapy, the doctor helps the patient to identify an alternative meaning for hallucinations.

They also help the person to develop coping strategies for the issues that cause hallucinations. For example, the person may be taught to visualize a scary visual hallucination as a funny or more acceptable image for better coping.

The outcome of treatment may also depend on the underlying cause of hallucinations. Behavioral changes like avoiding excessive drinking and drug abuse are needed.

If the person is not sleeping enough, steps should be taken to help the person relax and sleep better. Compliance with the medications of mental illness is very important in the successful treatment of the condition.

For a better and long-term success of the treatment, early diagnosis and treatment of the underlying condition are very important. Thus, seeking prompt medical care for hallucinations will help in treating the condition. 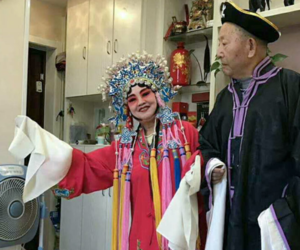 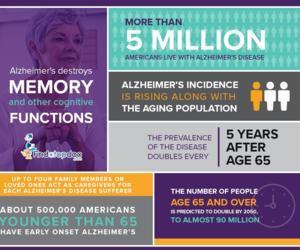 More from FindATopDoc on Hallucinogens

I have a migraine problem. Should I see an acupuncturist? 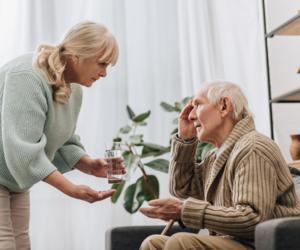 Do I Have Migraines?

What Are the Symptoms of Alzheimer’s?