Ketones in urine, or ketonuria, as the name suggests, is characterized by the presence of ketones or ketone bodies in the urine. Ketones build up in the body when fat cells are burned to produce energy.

This can be a dangerous condition if the amount of ketone is very high, particularly in people with diabetes who have high glucose levels.

Carbohydrates, fats, and proteins are metabolized by the body for the generation of energy, which is used for various metabolic and enzymatic processes within the cells. On a priority basis, carbohydrates are always metabolized for the production of energy. This is then followed by the metabolization of fats and proteins. However, in some instances when the body starts generating high proportions of energy by metabolizing fats or fatty acids, a waste product of this activity accumulates in the body, which is called ketone bodies. This is usually associated with a lack of sugar or carbohydrates in the diet. These ketones are known to be eliminated through the kidneys. Hence, doctors usually perform urine tests to identify the presence of excessive ketones in the body.

The concentration of ketone bodies in the urine under normal conditions is less than 20mg/dl. However, if this value rises to abnormal levels, it could be indicative of a condition known as ketoacidosis.

Some of the common symptoms of ketonuria are:

Symptoms are produced by the accumulation of ketone bodies. Another characteristic symptom of ketonuria is fruity-smelling breath. The fruity smell is caused by the presence of acetone. In serious conditions, ketonuria may result in coma or death.

As glucose is not converted into energy, the body depends on fats and muscles for the production of energy. Ketones are produced as a byproduct of this process. The ketones produced enter the blood, making it acidic.

These ketone bodies are excreted in the urine. If left untreated, ketone bodies may accumulate in the blood, resulting in hyperglycemia, ketoacidosis, and ketonuria. When ketone is excreted in urine, sodium is expelled along with it. Moreover, ketones may interfere with the excretion of uric acid, leading to depression and acidosis.

Tests for ketones are performed with the help of test strips. The strips are dipped in a urine sample and are usually expressed as positive or negative. Testing for ketones is important if blood sugar levels are over 300 mg/dl and if you have fruity-smelling breath.

Breathlessness, frequent urination, dilated pupils, dry mouth, excessive thirst, nausea, vomiting, abdominal pain, and dry skin are some of the associated symptoms that warrant a ketone test. While preparing for the test, certain medications and supplements should be avoided. Change in the color of the dipstick indicates the presence of ketones in the urine.

During digestion, components of food, including carbohydrates, fats, and proteins, are converted into products that can be used by tissues. Glucose is the most important fuel for performing different activities in the cells.

Glucose is delivered to different cells and tissues by the hormone insulin. In the absence of insulin, cells lack glucose to provide energy for tissues, including muscles. Diabetes mellitus is a disease in which the pancreas fails to produce enough insulin.

Due to this, an adequate amount of glucose is not delivered to the cells. Thus, the body tries to produce energy by breaking down muscle and fat. Ketones are byproducts of this breakdown process. Ketone bodies are made up of three components: beta-hydroxybutyric acid, acetoacetic acid, and acetone.

When left untreated, glucose and ketone bodies accumulate in the blood. As the levels increase, they may develop into a serious condition. As ketones are excreted in urine, it may also cause the excretion of sodium and potassium along with it.

Other possible causes of ketonuria include prolonged exposure to cold temperature and fever.

Once the doctor determines the presence of ketones, the first general treatment would include increasing intake of fluids such as water or any other calorie-free fluids to flush out the excess ketones from the body. One should also regularly take insulin to bring the blood glucose levels down and keep an eye on them as well as ketone body levels every two to three hours each day. If ketones are present, the doctor may also advise additional insulin to lower blood glucose levels. If the ketone levels still do not go down, the patient will need to be admitted to the hospital.

A ketone blood test is an accurate diagnostic test for ketonuria. But, in most cases, urine tests for ketones are the recommended investigation method. A urine test is based on spot tests on a dip stick.

As a preparation for the test, the doctor may ask the patient to avoid some supplements and medications that will interfere with the test result. These include glucocorticoids, levodopa, metformin, methionine, captopril, and vitamin C.

The normal range of ketone is less than 0.6 mmol/L and may be shown as a negative result. A ketone range of 0.6 – 1.5 mmol/L may indicate the presence of trace amounts of ketones in the blood.

High ketone levels are indicated by a range of 1.6 to 3.0 mmol/L. The dangerous level is expressed as a ketone value above 3.0 mmol/L. It is important to keep track of ketone levels in the blood and to inform the doctor accordingly. High or increasing values of ketones may be found through poorly-controlled diabetes, starvation, diet, poisoning, alkalosis, and some metabolic disorders.

As ketonuria is associated with uncontrolled diabetes, taking extra insulin to bring down blood glucose may help control levels of ketones in the blood. Treatment of ketonuria depends on the underlying cause of the condition.

A healthy, balanced diet will help control the condition caused by diet and starvation. Closely monitoring the levels of ketone in the blood, particularly in diabetic patients, may help prevent the occurrence of ketonuria.

Avoiding prolonged exposure to cold and severe exercise also helps prevent ketonuria, particularly in those who have a high risk of developing this condition.

Lifestyle changes are equally important in managing ketonuria. Avoiding a ketogenic diet, a diet high in fats and low in carbohydrates, is an ideal step towards controlling the production of ketones in the body.

A ketogenic diet mimics starvation, so the body tries to find alternative processes for the production of energy. Fresh fruits and vegetables should be included in the diet. Consumption of low glycemic index (GI) foods may help in controlling the condition.

Some common low GI foods include cucumber, kale, eggplant, peaches, cauliflower, peppers, and okra. One should not exercise or be on a diet if ketone levels are high. Treatment with insulin and intravenous fluids are used to bring blood sugar levels back to normal. This helps reduce ketones.

Other treatments may include:

Studies reveal that ketones can cause blood acidity, which is known to cause DKA. This in turn leads to various side effects which can be life-threatening, such as:

So, it is very important to plan immediate treatment when ketone levels rise above the normal range.

Carefully managing diabetes is one of the keys to prevent the ketone bodies from rising. The following measures will ensure the blood sugar is kept at a healthy level and the production of ketone is minimized.

Dietary changes: Keep a tab on what you consume on a daily basis. Controlling the intake of carbs and insulin dosage is very important for the management of diabetes. Speak to a dietitian for a better diet.

Pregnant women and nursing mothers are also recommended to follow a well-balanced diet with proper quantities of fats, proteins, and carbs. Inadequate carbs can cause ketones in the urine. Include fresh fruits, veggies, dairy products, and cereals in balanced proportions.

Cinnamon is popularly known to improve the absorption of sugar in the body’s cells, even when there is an absence of insulin. One should consume at least two to three grams of cinnamon after meals. This is very beneficial among patients suffering from diabetes. However, a faulty diet can also cause hypoglycemic attacks.

What can I do to help manage my problem of frequent...

What are the best home remedies and medicine for diarrhea?

More from FindATopDoc on Digestive Diseases 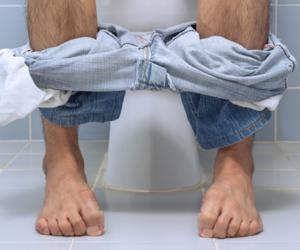 5 Tips on Living with Diarrhea

My little one is passing extremely watery stools for...

What are the ways to counter the side effects of radiation and chemotherapy?

Why does my daughter have chronic diarrhea?

Why do I have diarrhea when I eat spicy food?

Can a tooth infection be the cause of my fever?

My son has a fever and leg pain. What could it be?

How is diarrhea treated in the hospital?

Does my son have Crohn's?