Chlamydia is one of the most widespread sexually transmitted diseases (STDs) in the United States. It is caused by the bacteria Chlamydia trachomatis. Chlamydia infection is more or less like gonorrhea in terms of its symptoms and format of spreading from one person to the other. There are around 2.8 million new cases of chlamydia every year in the Unites States that go undetected.

Have a question aboutChlamydia?Ask a doctor now

Most people, be they men or women, who are suffering from chlamydia do not experience any symptoms, so they remain unaware that they are infected. This infection shows no symptoms in about 75% of women and 50% of men. Therefore, it can unknowingly be transferred from one partner to the other. Chlamydia can at times cause permanent damage to a woman's reproductive system and also increase the chances of ectopic pregnancy.

The most common test for detecting the presence of Chlamydia trachomatis is the urine test. This test is sensitive in nature and therefore gives out the right diagnosis and there is no chance of a false positive result. If a person tests positive, then he or she must consult a health care provider immediately for the right medication. Based on the condition of the patient, the health care provider will prescribe antibiotics to kill the bacteria present in the body.

Chlamydia can be easily treated and cured. But it is important that both sexual partners get themselves treated before again engaging in any sexual activity. Any such activity must be avoided until the infection is completely cured to prevent re-infection. The antibiotics course must be taken exactly as prescribed by the doctor and completed. Stopping before the completion of the course can lead to antibiotic resistance and reinfection.

What are the causes of chlamydia?

Chlamydia can be spread from one person to the other in the following cases:

Since chlamydia does not show any signs and symptoms in almost 70% of cases, there is the high probability of infected persons passing the disease on to their sexual partners without being aware of it.

A pregnant woman who has chlamydia can transfer the infection to her newborn baby during childbirth. The newborn baby may suffer from certain complications due to this infection, for instance, pneumonia.

Chlamydia cannot be spread through the following:

What are the symptoms of chlamydia in men?

There are no signs and symptoms in at least 50% of the male population suffering from this infection.

When symptoms do appear, the more common ones are:

Some of the less common symptoms of chlamydia in men are: 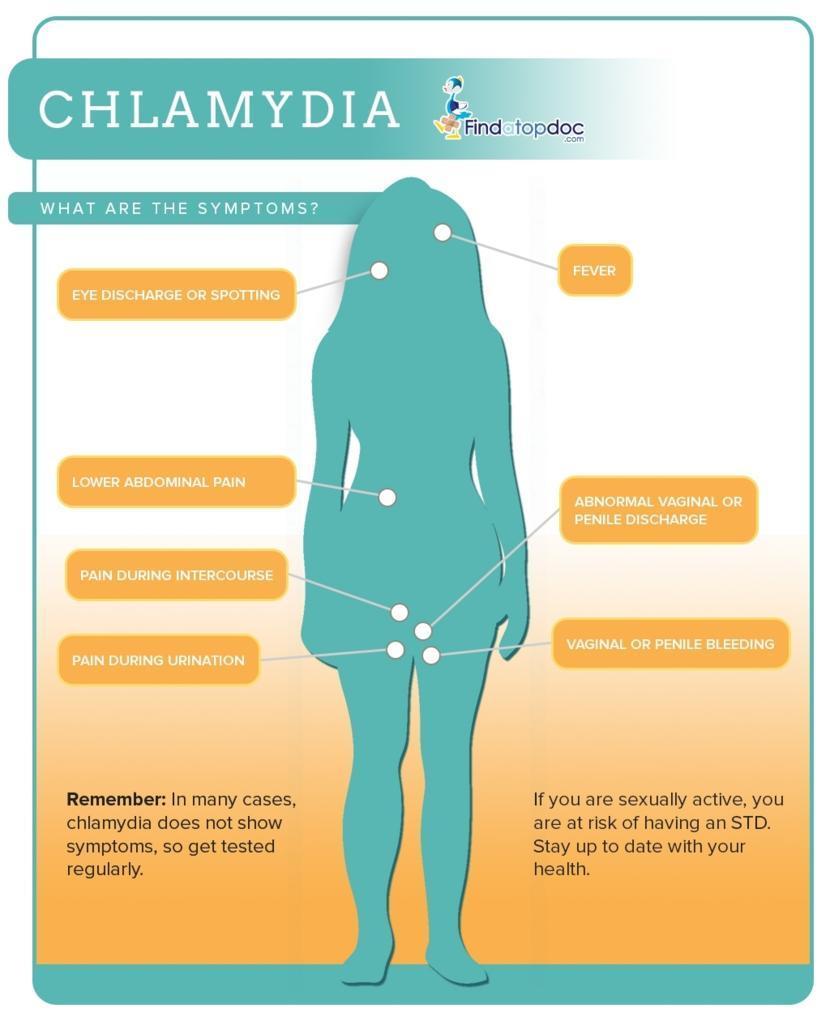 How is chlamydia diagnosed?

There are different tests used for diagnosing chlamydia. The doctor may use a swab to collect a sample of the discharge from the urethra and send it for testing and analysis in the laboratory. The laboratory test will help identify the presence of the bacterium either through a bacteria culture or through the genetic material.

Conventional culture (swab) tests are the old, uncomfortable, less accurate, and slower method of detecting the bacteria and is no longer often used nowadays. Diagnosis is now usually through a nucleic acid amplification test (NAAT), a test that identifies the genetic material of the bacteria. Being a molecular test, it is more sensitive, specific, and accurate than conventional culture (swabs), and requires only a urine sample.

What else should one know with regard to chlamydia testing?

To get the most accurate results, one should not pass urine for at least two hours before collecting the urine sample.

What are the treatment options for men suffering from chlamydia?

If the test results are positive, consult the doctor for the right treatment without delay. The doctor will prescribe a single oral dose of antibiotics (for instance, azithromycin or doxycycline).

It is important for the patient to contact all his or her sexual partners and inform them that they too may have chlamydia, and to get themselves tested and treated right away. This is necessary to avoid reinfection and someone further passing on the disease unknowingly.

With the medication, the infection normally gets cured within one to two weeks. It is very essential to complete the entire course and not stop midway even if one starts to feel better and observes a reduction in the symptoms.

After the completion of the antibiotics course, a person should get tested again after three months to be completely sure that they have been cured. This is very important, more so if one is not sure whether his or her sexual partner has gotten treated. Sex should be out of the question until both the partners are very sure that they have been cured, to avoid reinfection.

Patients who are getting treatment for chlamydia are often simultaneously treated for gonorrhea, depending on the condition of the patient and if it is medically appropriate, i.e., when the patient has tested positive for both. This is because many people who have chlamydia actually usually also have gonorrhea. Therefore, doctors recommend treating both infections at the same time. The treatment for gonorrhea is another antibiotic, usually either cefixime (in pill or liquid form) or ceftriaxaone (given in a single shot).

Are there any alternatives to antibiotics?

Antibiotics are the only reliable treatment with a higher than 90% success rate of completely destroying the bacteria that cause a chlamydia infection.

If I get chlamydia once, can I get it again?

A chlamydia infection gets cured with treatment within a week or two. But yes, there is a possibility of getting the infection again. Getting cured from the disease does not mean one has gained immunity. Therefore, it is very important that sexual partners get themselves tested and treated immediately, and avoid sex until they are both cured, to reduce the possibility of reinfection.

What happens if one does not get his chlamydia treated?

Chlamydia should not be left untreated since it can lead to various health issues. If this infection is diagnosed in the early stages and treated in a timely manner, the risk of various complications is avoided. One can avoid complications with the help of regular screening and medical care as soon as symptoms manifest.

Untreated chlamydia in men is likely to harm their sperm and cause damage to their reproductive tracts, and thus cause permanent infertility.

Some of the complications of untreated chlamydia in men are as follows:

How can a chlamydia infection be prevented?

Some of the preventive measures to reduce the risk of chlamydia are as follows:

More from FindATopDoc on Chlamydia

Inner tip of penis opening is white and a dull pain.... 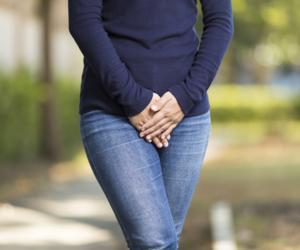 Sour taste in mouth after kissing?

What tests should I do for gonorrhea?

I am currently working with STD patients. Should I exercise special precaution?