Exploring the mind-body connection and healing from within.

There are two main groups of primary lung cancer: small cell lung cancer (SCLC) and non-small cell lung cancer (NSCLC). These two main groups are based on the way the tumors grow and spread. Lung cancer has the highest rate of death of all cancers in the US. The main causes of lung cancer are smoking and passive smoking. Constant exposure to toxins damages the cells, throwing them out of balance. These damaged cells tend to start multiplying uncontrollably and develop into tumors resulting in lung cancer. These cancer cells get into the bloodstream and spread to other parts of the body causing tumors elsewhere. This process is called metastasis. Lung cancer metastasizes early in the disease, and is, therefore, difficult to treat and contain. 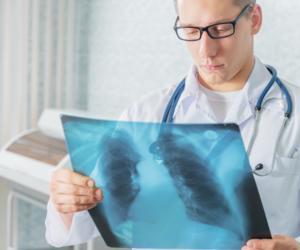 Pneumonia With Lung Cancer: What You Need To Know

Traditionally, lung cancer is treated with surgery, chemotherapy, and radiation. In some cases, cryotherapy, which is a method that involves killing cancer cells by freezing them, is also used.

There are several reasons why traditional methods of treating lung cancer do not have a high success rate:

Why choose a holistic approach?

As mentioned earlier, traditional treatments for cancer are often invasive such as surgery or have some very serious side effects, like in the case of chemotherapy and radiation. The latter two involves killing all growing cells in the hope of destroying the tumor. This not only leaves the already unwell patient feeling weak and tired, and in many cases depressed, but also leaves them vulnerable to other diseases, which they cannot fight on their own. Any alternatives that could help cure lung cancer without these devastating effects would be a most welcome option for the patient and their families.

In modern medicine, any disease is considered as a manifestation of structural abnormalities, injury, or foreign vectors. These aberrations are treated symptomatically through drugs, dietary modification, exercise, and physiotherapy. The holistic approach, on the other hand, believes that the physical discomfort corrects itself when one’s lifestyle becomes more balanced, and all our needs--physical, mental, emotional, and spiritual are fulfilled.

In holistic treatments, the emphasis shifts from the physical discomfort (and its symptoms) to the entire person and his holistic (whole) needs. The guiding principle of holistic healing is that emotional problems and spiritual angst if left unattended, can manifest themselves as physical aberrations or disease. When the emotional and spiritual needs of the individual are met, the healing energies automatically take care of the disease.

The following are holistic therapies and treatments gaining universal acclaim:

Fragrances or extracts of plant essences have a valued history in the healing arts. Essential oils such as lavender oil have been widely regarded as proof that plant oils and their aromas can change our moods and improve our wellbeing. There are well-established techniques for the use of these oils:

Homeopathy was developed in Germany by Dr. Samuel Hahnemann. Basically, it suggests that substances that can produce symptoms mimicking those of real diseases can cure the disease if administered in minute doses. The lower the dosage, the higher the curative powers. If for example, an onion can produce symptoms of hay fever-like watery eyes and irritated nose, a medicine prepared from onions can cure hay fever when administered in smaller doses.

About 80 percent of homeopathic remedies are sourced from plants and minerals, and a few from animal products like spider or snake venom.

Acupuncture is a 2,000-year-old system of medicine developed in China that uses tiny, extremely fine, stainless steel needles to pierce the skin at predetermined points to relieve pain and physical discomfort. It is believed that needles piercing the skin and stimulated through hand pressure or electrical energy, help revive and restore depleted energy in diseased or injured areas. Acupressure, or the application of hand pressure to joints, compliments this science of healing.

This is an ancient Indian system of healing that holistically evaluates a person. It classifies people into distinct body types influenced by one or more of three dominating energies. It offers a system of holistic therapies, which includes diet, exercise, herbal therapies, massage, meditation, and spiritual practices that aim to restore vitality and heal individuals holistically.

Through holistic sciences, the healing powers of the subconscious are harnessed to reduce the physical pain and distress of cancer treatment. These therapies have proven to be very effective in conquering the fatigue, nausea, muscular atrophy, and loss of vitality that are byproducts of cancer chemotherapy, radiation, and surgery.

Looking at things realistically, while neither a traditional approach nor a holistic one might appear to be the whole solution to treating lung cancer, it is possible to work out a method to use both in collaboration to first contain the disease and then to enable the body to build up its defenses and heal itself. This might prove to be just the solution cancer patients are looking for.

What is the chance of survival in stage 4 lung cancer? 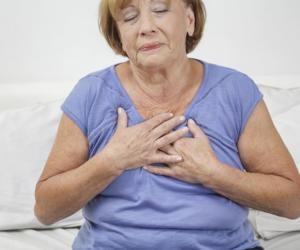 What is Lung Cancer? Get the Facts 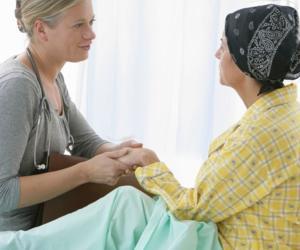 What Are the Risk Factors for Lung Cancer?

What is a lung lesion?

How is Lung Cancer Diagnosed?

What Are the Risk Factors for Lung Cancer?

What is a lung lesion?