Have you been diagnosed with Rheumatoid Arthritis? If so, there is a possibility that you could be at a higher risk of experiencing further issues with other organs. Because of these risk factors, it is important to look out for any possible symptoms you may be experiencing. These symptoms can vary from minor to severe. Symptoms can develop for a variety of reasons, such as inflammation caused by Rheumatoid Arthritis, or effects caused by the treatment used. There is also potential that symptoms can occur at elevated rates for unknown reasons, however, there are treatments that can delay or even prevent many of the complications of Rheumatoid Arthritis.

Rheumatoid Arthritis is a chronic inflammatory disease that affects the tissue of the joints. As the disease progresses it can potentially affect the skin, lungs, liver and even the heart. It is classified as an autoimmune disorder, which means the reason for the disorder is an imbalance within the body’s immune system itself. Due to the complicated manner in which the condition works, there are no medications that can particularly cure the disease, and no way to prevent it. Advancements in medical techniques are making it possible to better combat the disease. Rheumatoid Arthritis is most commonly diagnosed in women between the ages of 40-60. 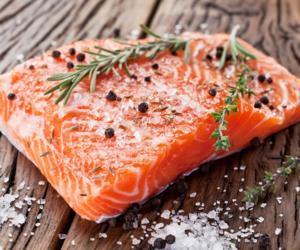 Foods to Eat if You Have Rheumatoid Arthritis

Relation to other medical conditions

Along with the progression of Rheumatoid Arthritis there is a potential risk of other organs being affected. Much is still unknown about Rheumatoid Arthritis, what causes the disease, and what predisposes some people to be at higher risk of developing the disease than others. However, these aspects of the disorder are under constant study. What is known is that an imbalance in the immune system is at fault, and can also be related to other autoimmune diseases like Systemic Lupus, Erythematosus, and Dermatitis. All of these diseases have one key thing in common, your immune system is attacking your own body. Around 40 percent of people affected by Rheumatoid Arthritis show signs or symptoms of other organ complications. Therefore, it is important to be aware of possible symptoms associated with these medical conditions. There is an example of these conditions below:

Amyloidosis -Amyloidosis can also be one of the medical conditions associated with Rheumatoid Arthritis. Amyloidosis is the accumulation of an abnormal protein called amyloid. Sometimes these abnormal proteins accumulate in the brain, causing severe memory loss. These proteins can wreak havoc in the immune system due to the immune cells being unable to distinguish between the body’s own cells and the cells that are foreign.

Cushing’s Syndrome- Cushing’s Syndrome occurs when there is an excess of corticosteroids in the body which leads to various symptoms like moon face (fat accumulation in the face), delayed wound healing, and destruction of bone and cartilage. Cushing’s syndrome can also act as a factor that may provoke the genes of Rheumatoid Arthritis.

Fibromyalgia- This is another condition characterized by chronic pain in the muscles and fibrous areas (joint capsule). It also includes other symptoms like sleeping for longer periods of time, and becoming easily tired. Fibromyalgia is also a rheumatic condition, meaning that it is a result of an imbalance in the immune system. Therefore, there is a chance that if a person is diagnosed with fibromyalgia, there is the possibility that they could also develop Rheumatoid Arthritis or vice-versa. Similar to Rheumatoid Arthritis, musculoskeletal stiffness and localized tenderness in specific parts of the body may occur.

Osteoporosis– Both Rheumatoid Arthritis and the corticosteroids used for its treatment can cause bone thinning or osteoporosis. This can increase the risk of fractures. It is recommended to have regular bone-density scans, and a regular exercise routine. consult your doctor for further help and advice.

Heart Disease and Stroke- Having Rheumatoid Arthritis can double your risk of developing heart disease. The causative factor for this could be the inflammation related to the disease or the medications. Maintaining a healthy lifestyle, a healthy diet and avoiding other hazardous factors like smoking can reduce this risk.

Sjögren’s Syndrome- This is an autoimmune disease that attacks the salivary and tear glands. This causes the symptoms of dry eye and dry mouth. It can occur on its own or as a complication of Rheumatoid Arthritis. There is, unfortunately, no treatment for this disease, and it often leads to vision problems and tooth decay. Using moisturizing eye drops, drinking plenty of water, good dental hygiene, and any medication your doctor may prescribe can prevent these problems.

Non-Hodgkin’s Lymphoma- People living with Rheumatoid Arthritis stand a higher risk of developing this form of cancer. Reasons for this could be attributed to the disease itself and to some medications used to treat the disease. However, the benefits of the medications outweigh the negative effects and moreover, the risk is low.

Lung Problems- Rheumatoid Arthritis not only affects the joints, but can also affect the lungs in about 8% of those diagnosed. It can cause scarring of the lungs and difficulty breathing, as well as increase the risk of developing pleurisy.

Rheumatoid Arthritis can not only take a physical toll, but also an emotional one for those who live with the disease on a daily basis. It is not uncommon for those who suffer from Rheumatoid Arthritis, or other autoimmune diseases, to also suffer from depression and an increased susceptibility to infections due to the medications which suppress the immune system. It is important to work closely with your doctor, and maintain a healthy diet and lifestyle. If you are suffering from depression caused by the illness, a good support-system, therapy, or even a support group can be helpful to learning to better cope with the disease.

How Expressing Creativity Can Help with Rheumatoid... 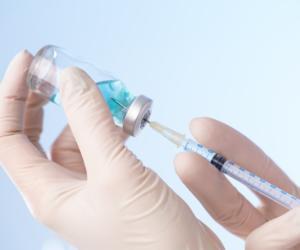 New Shingles Vaccine Is a Good Alternative for Rheumatoid... 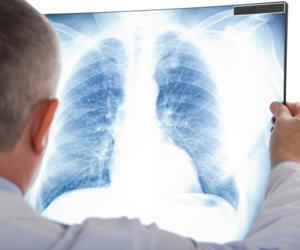 What is the difference between rheumatoid arthritis and osteoarthritis?

Why Social Implications of Rheumatoid Arthritis Should Be Addressed