When Mr. Passmore heard the word ‘mammogram’, he said to his doctor – “I’m a guy. You realize that, right?”

62-year-old Eric Passmore from Franklin, Indiana is a father, grandfather, and retired machinist.  He is also a breast cancer survivor. 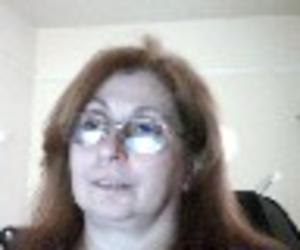 In May of 2016, Passmore uncovered a lump in his right breast. He went to see his doctor, who recommended that he undergo a mammogram. When Passmore heard the word ‘mammogram’, he said to his doctor – “I’m a guy. You realize that, right?” Unfortunately, cancer does not discriminate and the results of his mammogram revealed a malignant tumor ¾ of an inch in size above his nipple. “Not in my wildest dreams would I have thought I had breast cancer” said Passmore.

Passmore is among a small percentage of men diagnosed with breast cancer each year. Less than 1% of all breast cancer cases develop in men and only 1 in 1000 men will ever be diagnosed with the disease. This year alone, the American Cancer Society estimates more than 2,550 new cases of invasive breast cancer in men, out of which 480 will result in death.

Passmore knows all of these facts now; however, at the time, he had a rather difficult time coming to terms with his diagnosis. As did Paula Koneda, his partner of 10 years. Koneda had already lost quite a few family members to the disease. “I panicked at first. That’s just the way I am” she said. Passmore, on the other hand, did not have any family history of cancer. When he told his mother and his two sisters, all of whom are nurses, that he had breast cancer, they assured him that since his cancer was caught at an early stage, his prognosis of a full recovery was good.

Within a matter of three weeks of his diagnosis, Passmore was set to undergo a mastectomy when another obstacle presented itself. 18 years earlier, Passmore underwent a liver transplant that saved his life. While his oncologist, Dr. Kathy Miller with Indiana University Health, had experience treating men with breast cancer, she found that treating one who had also received an organ transplant presented unique challenges. “It also means his liver is very precious, so we want to make certain that we’re not causing damage” said Dr. Miller.

Seeing as how breast cancer is a rather embarrassing subject for most men, Dr. Miller stated that this is why some men are diagnosed at an advanced stage. “But if they notice a lump behind the nipple or in the region of the breast that’s not normal. And it’s just as not normal in men as it is in women. They need to talk to their doctors about it and get it checked out” she said.

Two weeks following his mastectomy, Passmore was put on a treatment plan that required chemotherapy to ward off any remaining cancerous cells and immunosuppressant therapy to lower his body’s ability to reject his liver. Three weeks into chemo, a large chunk of his hair fell out – the one thing that he was terribly afraid of losing during treatment. “That depressed me more than anything” he said.

From that point on, the treatment continued to wreak havoc on Passmore’s body, leading him to feel nauseous and to lose a lot of weight. Relief finally came in July of 2016, when doctors declared him cancer-free.

Today, Passmore sports a full head of hair again and he undergoes a mammogram two times a year.

A message that all men need to hear

Although being diagnosed with breast cancer was something that had never crossed Passmore’s mind, neither was modeling in a fashion show. In October of 2016, Passmore hit the runway with fellow cancer survivors at the Pink Ribbon Connection Starts of Pink Fashion Show.

Executive director of Pink Ribbon Connection, Dori Sparks-Unsworth, stated that Passmore’s partaking in the fashion show helped to spread awareness that men can and do develop breast cancer. “We’ve had male survivors on the runway before, and they’re so uncomfortable, but they just have fun with it. And Eric is really funny; He had a blast up there.” she said.

Passmore serves as an advocate for Indiana Donor Network. Several times a year, he speaks at high school assemblies on the subject of organ donation. He does this in honor of Beth Underwood, the 14-year-old girl who saved his life. Underwood died in a car accident, but she was an organ donor and her liver went to Passmore. “Everything I do is for her and because of her” said Passmore.

The assemblies are also the perfect opportunity for Passmore to educate young men about breast cancer. “If I could say one thing to the men out there, don’t take your male status for granted. You’re not immune to anything – especially breast cancer. If you feel something, ask. You can’t be afraid of what’s ahead” he said. Passmore stated that most of the young men have the same reaction – that guys can't get it. To this, he responds – “I can show you a scar that says you can.”

Is my fatigue due to low hemoglobin levels?

What is the best treatment for a child with leukemia?

More from FindATopDoc on Men's health

What medicine can children with brain cancer take?

Is chemotherapy effective for blood cancers?

Is it worth it to have colon resection surgery?

How to calm nerves before seeing a proctologist?