What does blood in semen mean?

Blood found in urine or stool can be a cause for concern. Similarly, when a man comes across blood in semen, then it can make him anxious. The medical term for blood found in semen is hematospermia or hemospermia. Fortunately, blood in semen does not always indicate a serious medical problem.

Blood in semen often goes away on its own in men who are below 40 years old with no other related signs or risk factors for any underlying medical illness. However, for men who are 40 years old and above, blood found in semen would need further testing and evaluation since it can be due to an underlying medical condition, especially in men who have the following conditions: 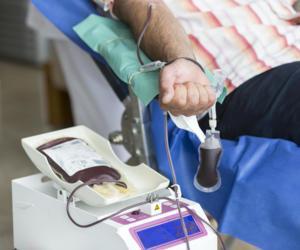 What Is a Universal Blood Donor?

Have a question aboutBlood?Ask a doctor now

When men ejaculate, they usually do not examine their semen for blood. Thus, it is still unknown how common this condition is.

Causes of Blood in Semen

There are various sources of blood in semen. Most cases involve problems in the male genitourinary system, which include the urethra, bladder, prostate gland, testicles, seminal vesicles, and the epididymis.

Blood found in semen is also seen as a common occurrence after any medical procedure. It commonly occurs after a prostate biopsy. Around 4 out of 5 men who undergo a prostate biopsy would come across blood in their semen, which could last for 3-4 weeks. Similarly, a vasectomy can also cause blood in semen, which could last for about one week after the procedure. An individual who did not have any recent prostate biopsy or vasectomy may have a benign or malignant condition that affects the male reproductive system.

Most of the time, there is no exact cause as to why it happens. Other types of procedures carried out for the treatment of urinary problems can also lead to mild trauma and cause temporary bleeding. However, in such cases, there is nothing to worry about since the bleeding usually goes away after several weeks.

Radiation therapy and injection therapy for hemorrhoids are also known to cause blood in semen.

This has been said to be the most common cause of blood in semen. Blood can come from an infection or inflammation, which can happen in any of the tubes, glands, or ducts that move as well as produce semen from the body. These body parts include:

Blood in semen can also come from sexually transmitted diseases or infections such as chlamydia, gonorrhea, and other types of viral or bacterial infections. Inflammation and infection are said to be the main causes of 4 out of 10 cases related to blood in semen.

Sometimes, the tiny ducts or tubes present in the reproductive tract can get blocked, which can then lead to breakage of the blood vessels and releasing blood in smaller amounts. Another condition called benign prostatic hyperplasia or BPH involves prostate gland enlargement, which causes pinching in the urethra. This condition is also said to be linked with blood found in the semen.

All delicate structures involved in ejaculation contain blood vessels, and when any of these structures are damaged, blood can appear in the semen.

6. Presence of Polyps or Tumors

In one of the reviews taken in more than 900 patients who have blood in their semen had found out that there was only 4 percent of people who were actually suffering from a tumor. In most of the cases, the tumors were found in the prostate gland.

Blood found in the semen can be linked to bladder cancer, testicular cancer, other reproductive organs, or urinary tract organs. Elderly males are at a greater risk of getting cancer. Thus, they should be routinely evaluated for blood in their semen. Remember that untreated cancer can cause a serious threat to life.

Polyps are also benign growths, which are mostly found in the reproductive tract. Polyps do not lead to any serious medical concerns, but they can also cause blood in semen.

Medical conditions such as leukemia, high blood pressure, HIV, liver disease, and other medical conditions can also cause blood in semen. However, around 15 percent of blood in semen cases cannot be traced correctly. Most of the time, such cases are self-limiting, which would mean that the blood found in the semen gradually goes away without any medical treatment.

Apart from the ones mentioned above, the other causes of blood in semen include:

Few of the rare causes of blood in semen can be:

Men who are below the age of 40 may not need to visit the doctor for as long as:

You need to see a doctor if:

The doctor may also order the following tests whenever required:

For further evaluation, other urology tests and procedures may also be performed. They include:

Treatment usually depends on the underlying cause. If the underlying cause is an infection, then the doctor can prescribe certain antibiotics for the infection. Inflammation, sexually transmitted disease, liver disease, or high blood pressure can also be treated using certain medications.

Usually, no treatment is given when blood in semen does not accompany other symptoms or abnormalities. Most of the time, the condition resolves on its own. However, recurring episodes of blood in semen even without accompanying symptoms need to be further checked or evaluated by a doctor.

More from FindATopDoc on Blood

After an accident, how fast can the body make blood...

For my 1 year old's blood work should I get a finger-stick... 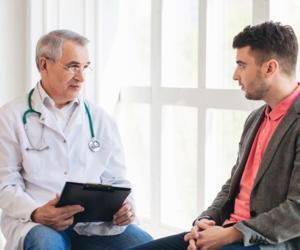 Is a blood sample needed before I can donate blood?