Although the causes of depression are often associated with tragic life events, pregnancy, retirement, or conflicts in a relationship, this complex disorder is scientifically believed to be caused by a chemical imbalance. This chemical imbalance can be a result of a genetic vulnerability, medications, stressful life events, and other medical problems. Apart from social and psychological implications, the depression has a biological basis that many people are not aware of. Here are a few of those biological reasons that are known to be responsible for this mental ailment.

Serotonin acts as a neurotransmitter, a type of “feel-good” chemical that helps transmit signals from one area of the brain to another. According to some researchers, serotonin is responsible for maintaining mood balance, and low serotonin levels in the brain can lead to mood disorders and other issues such as panic attacks and obsessive-compulsive disorder. Although depression can be a result of several imbalances in the brain and body, serotonin deprivation is one among several scientific factors that are associated with it. 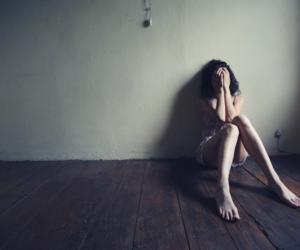 Everything You Need To Know About Depression

Some problems associated with serotonin include the inability of serotonin to reach the receptor sites, a lack of receptor sites able to receive the serotonin, or a deficiency of tryptophan (the chemical serotonin is made from). Researchers believe that if any of these biochemical anomalies occur, it can lead to depression, as well as other problems such as anxiety disorder, obsessive-compulsive disorder, panic, and even excess anger.

Another theory about what causes depression centers on the regeneration of brain cells – an ongoing process that is believed to be mediated by serotonin. According to Princeton Neuroscientist Barry Jacobs, Ph.D., a person may suffer from depression when there is a suppression of new brain cells. He believes that common antidepressant medications known as SSRIs (serotonin reuptake inhibitors), which are designed to replenish and boost serotonin levels, help stimulate the production of new brain cells, which in turn ease depression.

The Role of the Hippocampus

Hippocampus is a seahorse-shaped structure in the brain that is responsible for memory and emotions. According to a global study, the hippocampus shrinks in people with recurrent and poorly treated depression. The longer a person is depressed, the smaller will be his/her hippocampus. So it has been concluded that by stimulating the growth of the hippocampus with new neurons, the condition of depressed patients can be improved. They can be treated to lead a happier and healthier life.

The genetic depression is a more complicated form of depression. It has been found that a child with a depressed parent faces three times the risk of becoming depressed compared to a child without a depressed parent. While researchers are still finding the reason behind the genetic link, a study has found that the serotonin transporter gene leaves individuals more vulnerable to depression. Every individual has two copies of genes – one from each parent – and this gene can either be short or long. The shorter your serotonin transmitter gene, the more likely you’ll become depressed.

As it has been told before, depression is a complex disorder and the reason behind its occurrence is quite difficult to judge even in today’s date. While the exact reason is unknown, there are several theories and research associated with this mental condition that somewhat help us to understand this biological factors that trigger the condition.

Obesity May Heighten the Risk of Depression for Women...

I am into social service but feeling very depressed....

What are some symptoms of depression?

Can cancer cause depression symptoms?

Learning About the Beck Depression Inventory

How To Help Your Loved One Combat Geriatric Depression

Is this combo safe?