Rates of violence against nurses and doctors have reported an important increase in the past decade. Cases of violence against medical industry professionals have become four times greater than harassment rates against workers in other industries. Statistics show more than 100 spikes in the rate of violent incidents against nurses and doctors during the last 10 years. Abuse cases are much more common than any other health-care professional, with one out of every 4 nurses having suffered some kind of abuse on behalf of a patient. Kicks, scratches and bites are some of the most common abuses reported, but in some rare cases, murder has also been reported.

The number of cases per year is impressive, taking into account that healthcare workers are currently up to 9% of U.S workforce. Being 160,000 the number of nurses registered in the National Nurses United labor group, up to 70% of the nurses asked have said they have experienced some type of verbal or physical abuse from patients and visitors in the previous year. From this 70%, at least a third said they have experienced physical assaults. 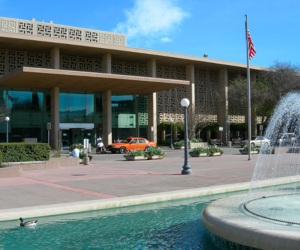 13 Hospitals with the Best Benefits. Is It Time to...

Among the patients that most commonly attack nurses, mentally ill patients are the most likely to infringe physical abuse on nurses. According to the Journal of Emergency Nursing, patients interned for conditions such as Alzheimer’s or dementia as well as patients under heavy medication tend to hurt nurses when having hallucinations.

Enforcing Protection Granted by the Law

The most worrying fact about this situation is that there’s no organism granting nurse defense and the penalties applied in most states are not hard enough on abusers. Past July 11, Massachusetts lawmakers were cited for a hearing at the State House. This hearing was done with the sole purpose of strengthening punishment for people abusing and assaulting health-care professionals. Penalties for assaulting nurses and doctors from now on will be considered a felony instead of a misdemeanor, making it punishable by either 2-and-a-half years in jail or up to five years in a state prison.

Nevertheless, in some states there has been advancement regarding the procedures followed to punish offenders. For instance, California has developed new protocols for violent cases against healthcare workers. A standard called “Workplace Violence Prevention in Healthcare” in order to avoid these kind of situations before they happen by taking some precautions. Experts suggest California is setting the example for other states on how to treat these types of cases.

Even though, a percentage of verbal aggression is somehow common in every workplace, it’s the quantity of violent cases taking place in hospitals and clinics what alarms the community. Therefore, it’s considered of critical importance, heavy game-changing actions to be taken in order to reduce the number of assaults happening per year.

The Latest Cases and Lawsuits

The rates of violence against nurses in the U.S have obviously unleashed a group of court actions. As an example, last month in Illinois 4 nurses decided to sue a corrections officer after a prison inmate stole his gun and used it to break free from prison and rape a nurse. And sadly, that isn’t the only recent event related to violent assaults to nurses. In a hospital, a 21-year-old prisoner took advantage of being unshackled so he could go to the bathroom and managed to steal officer’s gun and proceeded to take two nurses as hostages. Apparently, an officer named Shawn Loomis, the owner of the gun, ran away from the scene leaving both nurses alone with the criminal.

The attorney pinpointed how ineffective the role of the police officer was, arguing that there shouldn’t have been an opportunity for that to happen in the first place. Even more impressive was the officer’s decision to run away from the gunman and didn’t take any further action to subdue him. Even though the lawsuit started with only the two nurses involved in the incident, two more nurses were added due to an amended complaint.

Cases like these are reported every day, and there are many others that are never reported because nurses are afraid of being attacked or even killed before there is any compelling action taken on behalf of the authorities.

Although the numbers are very disturbing, it’s important to start looking for solutions and ways to put an end to the problem. Increasing the punishment is a  useful measure to apprehend offenders, there should be organisms avoiding that this kind of eventualities happen in the first place. A couple of years ago, after an episode in Minnesota, a training program was initiated with the purpose of making workers recognize a potential violent situation. Knowing that many hospitals lack basic safety measures, it’s a great idea to train the personnel and have violence-prevention plans. It’s also important to encourage nurses to report any incident to both: the authorities and their supervisors.

Doctors are also targets of aggression and prosecution, but not as much as nurses since these are closer to the epicenter of the problem. Having too much contact with stressed-out people (everyone with a relative in ER) can also increase the risks of being attacked. Measures taken in California are a great way to start with the process and there’s hope other states in the country follow the example. But another great example is being set in Milwaukee. It’s being reported that in a hospital called Aurora Health Care System attitudes on violence are changing progressively. The main reason can be that, once the staff spotted the problem, they decided to start a steering committee with the main objective of taking care of violent cases.

The results have shown that before the committee was put together, it’s evident that violence was under reported. With the start of the committee, it was also set up a call center where health-care professionals are able to report verbal and physical incidents with patients and visitors. The program has seen more incidents reported than in a whole year since the very first week it was initiated.

Another relevant fact about these assaults is that nurses prefer to cover any time of the day during the week but Friday’s and Saturday’s night. Weekend nights are the time of the week when more intoxicated patients visit ER, some of them are actually injured but nurses have reported some patients go for insignificance, only to get something from their insurance policies. The only option left is to hope for penalty hardening to decrease the rate of health-care professionals being abused and for other states to adopt these laws as well. Committees and calling centers that receive aggression reports should be adopted by every hospital in order to avoid re incidence from patients who have repeatedly attacked nurses.

Why Dating a Doctor Is a Big No-No

Abuse and Sexual Harassment in the Nursing Profession 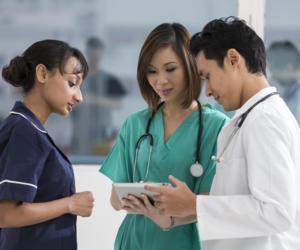 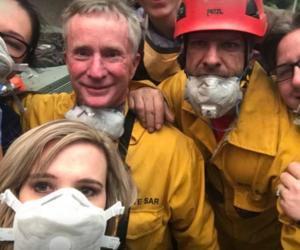 California Nurses Brave the Flames to Save Their Patients