Are healthcare assistants more prone to suffer from specific conditions due to their occupation? Studies show that it seems like they are.

It is well known that certain occupations can put people at risk. Although it is not considered an extreme risk, healthcare is an area where people are always in contact with diseases and different types of conditions that may or may not be contagious. For that reason, dentists all over the world are paid special bonuses due to the time they have to be exposed to rays that have proved to be harmful for people. 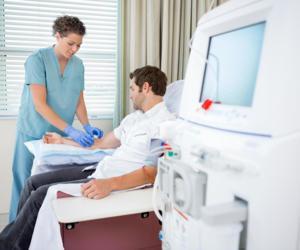 How Rheumatoid Arthritis Can Affect the Kidneys

Nevertheless, according to that same Swedish study, this is not the only occupation that may increase the risk of women suffering from rheumatoid arthritis, as there are also other occupations that can put women at higher risk of suffering from rheumatoid arthritis. Doctors state that findings indicate that work-related factors, such as airborne harmful exposures, are likely to contribute to the development of the disease.

What the study reveals

Researchers found out that assistant nurses are part of the only occupational group that is associated to developing rheumatoid arthritis in a significant way. It is important to note that 28 occupations dominated by females were taken into account for the study.

Regarding men, while men dedicated to the area of healthcare assistance did not show a significant increase in the possibility of developing rheumatoid arthritis, the ones dedicated to the manufacturing sector are more likely to develop the condition during their lifetimes. Researchers also found out that professionals dedicated to technical or administrative areas are less likely to suffer from this condition.

Being more specific, the occupations more tightly related to the condition in the manufacturing sector were male electrical and electronics workers as well as material handling operators. Apparently, the aforementioned occupations have 2 times the chances of suffering from rheumatoid arthritis while bricklayers and concrete workers tripled the possibilities.

In order to prove the veracity of this information, researchers studied more than 3,500 patients suffering from rheumatoid arthritis. During the tests, they also gathered information on genetic, environmental, and immunological factors using blood samples and questionnaires.

Although it may seem like a simple study, the entire research took 18 years, beginning in 1996 and finishing in 2014. The study also controlled smoking habits, alcohol abuse and other factors that may help triggering the condition such as body mass index in order to determine the true impact of daily activities performed while having certain types of jobs.

Researchers claimed that the study suggests work-related factors can contribute heavily in the development of rheumatoid arthritis and other types of arthritis as well.

These results are considered important for employers and employees as well in order to make decisions that may benefit workers that are at a higher risk of developing such a traumatic condition as rheumatoid arthritis in the future.

How does the environment affect these statistics?

Factors from the environment also play an essential role in the development of a condition such as rheumatoid arthritis. The environment can trigger autoimmune reactions in people that are susceptible for the disease and see themselves exposed to certain types of adverse conditions.

The Karolinska Institutet is the Swedish institution that decided to research and highlight the possibility of disease development in female healthcare assistants. Doctors said “assistant nurses and attendants was the only group that could be significantly associated with the development of rheumatoid arthritis.” Impressively, it was only shown in assistant nurses while other nurses did not show an increased risk of suffering from rheumatoid arthritis. No other occupation among women could be significantly associated with the condition development.

The research also looked for determining the kind of working conditions healthcare assistants had to be exposed to in order to cause the increase in the level of risk. Some of the working conditions highlighted as potential suspects were ones with organic solvents, silica, asbestos and motor exhaust.

They said they were already able to hypothesise a link between the three relevant male occupations and heightened exposure to silica and asbestos. Nevertheless, more research will be needed in order to determine the type of conditions that have a direct impact and which have an effect in the long-term.

Some undeniable aspects they have in common

All of the areas focused by the study were proven to be occupations that can potentially increase the level of risk of suffering from rheumatoid arthritis in some moment of their lives, however, one thing all these conditions have in common is that they all require physical activity and can be considered physically demanding.

Regarding this matter, physicians say that physical workload has always been regarded as a risk factor for osteoarthritis but in the case of rheumatoid arthritis studies conducted have not been deep enough. Nevertheless, it is not the first time a study links rheumatoid arthritis development with physical demanding occupations.

Now that an undeniable relation between rheumatoid arthritis and physically demanding jobs has been found, it is important to keep studying the area and the kind of impact certain conditions may have in the disease development, as well as start thinking about ways to solve this issue that affects employees and employers as well.

The best finding triggered by this research until now is having spotted the existence of factors that are essential for the development of rheumatoid arthritis before patients even start showing their on-set of the symptoms. This gives science a lot of steps ahead in order to develop a treatment that can work in time to stop or slow the development of the issue.

Celebrities Who Began Their Career As Nurses

How to Help a Loved One with Rheumatoid Arthritis 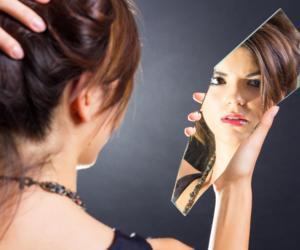 The Importance of Body Image for People Living with... 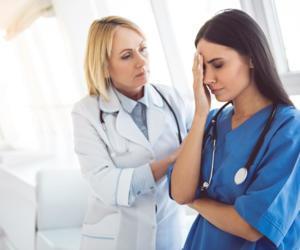 Can RA cause problems with swallowing?

Why Geniuses and Nurses are Taking Over the Economy

Should I exercise anymore?