Over the past decades, nursing has established itself as an inexhaustible profession. From the core of their values, “nurses advocate for health promotion, educate patients and the public on the prevention of illness and injury, provide care and assist in cure, participate in rehabilitation, and provide support. No other health care professional has such a broad and far-reaching role.”

What's wrong with me?

Doctors are known for prescribing healthcare and maintaining the health of their patients, yet nurses remain relatively unspoken in terms of their credibility. Nurses spend more time with their patients than any other medical officer available in a hospital or doctoral setting. When providing care for another individual who happens to be injured, wounded or ill, trust is an integral part of helping that person heal. Thankfully, “nurses help families learn to become healthy by helping them understand the range of emotional, physical, mental and cultural experiences they encounter during health and illness.”

Nurses are well trained, qualified and capable, but they still remain unrecognized in their efforts against a poor healthcare system. Since nurses spend more quality time with their patients, nurses also have the advantage of gaining a better understanding of how their patients bodies function.

Outside of the hospital, not much is generally known about nurses beyond the aspect of nurses taking care of the sick. The role of a nurse is still evolving, and now more than ever, nurses have a wide range of responsibilities. The complexity of medicine is influenced by variations of body types and health conditions. However, the fickle nature of the hospital setting makes it difficult for doctors to achieve their goals without a tight schedule. The role of the nurse is to fill in the spaces in which a doctor is unable to provide care for their patients.

Each nurse in a hospital has a special job to complete. Nursing requires more than just a single individual work ethic, the collaboration of each member in the workplace is vital for providing the public with adequate healthcare.

Nursing is considered a group activity in relation to how medical professionals work together. Every nurse is under the obligation of following the medical procedures put in place by the hospital. To further explain the scenario: “nurses provide ongoing assessment of people's health. Their round-the-clock presence, observation skills, and vigilance allow doctors to make better diagnoses and propose better treatments.” Patience is the greatest tool that a nurse has at their disposal and this is why nurses work so well in their fields. When looking retrospectively, nursing has always been about patience and providing comfort to those who are sick.

The History of Nursing

As stated earlier, nursing is a medical profession that has been around longer than most other medicinal facets of engagement. During the early days of nursing, most nursing staff personnel were used during large scale battles or wars. Nursing did not grow into it’s current height until after an extended period of time. To elaborate, “the origins of nursing predate the mid-19th century, the history of professional nursing traditionally begins with Florence Nightingale. Nightingale, the well-educated daughter of wealthy British parents, defied social conventions and decided to become a nurse.”

The most influential nurses in the workplace are the ones that risk their feelings for the sake of protecting their patients. The role of the doctor has always been to provide care, while nurses middle manages the other events that occur within the hospital setting. However, nurses have also been known to do more than what is required of them, despite their restless schedules. In the past, only so many nurses and nursing related individuals were recognized as useful members in the medical field.

As far as historical figures go, there are only so many to look up in the world of nursing. “Florence Nightingale, regarded as the founder of modern nursing, is remembered as "the lady with the lamp" - yet she also collected data to prove that the main cause, by far, of fatalities in the Crimean War was not enemy fire, but infections attributed to improper sanitation. She was a pioneering statistician, probably the first person in history to use graphs and charts to persuade politicians to act.” Nurses are fantastic at discovering new treatment options, and this fact comes from how much time nurses spend with the ones they take care of.

Curiosity has long been the driving force behind some of the biggest discoveries in the medical world. Generally speaking, nurses have a large sense of wonder, and this allows them to perform well in their respective fields. Nursing remains one of the largest growing professions in the United States of America, due to the necessity of a functioning health care system.

It is apparent that creativity and nursing work well together when conceiving new ways to treat medical patients. As the world grows older, the need for nurses in the world should remain consistent. In history, nurses are the individuals that take the most care of their patients and without nurses the amount of patience in the medical world will decrease.

The Value of a Nurse

Nursing is a major profession, yet it has not always been as advanced as it is today, mainly as a result of societal growth. Before entering the work force, all nurses are required to go through some form of standardized training, unlike the early days of nursing in which any woman would be considered a caretaker. Today, nursing has more in common with a competitive job market such as engineering rather than a stationary career such as a store clerk.

It is widely considered to be the doctors position to discover new treatment options, yet it is the nurses that also perform these actions. In some cases, the nurses of a hospital are more tact in their mannerisms than their doctor counterparts. The time nurses spend with their patients is invaluable, and the results of their relationships with their patients are apparent inside of the workplace.

Nurses are required to handle intense situations while under mass amounts of pressure radiating from the lives they save on a constant basis. The attitudes for this job position need to be caring yet distant, meaning that not every individual has the temperament for this job. Most nurses are highly educated in their field, despite the low amount of capital they and recognition they receive. For instance, “nurses are giving TED talks, publishing scientific research, developing mobile medical applications, and actively addressing health care policy. They’re collaborating with their colleagues, from social workers and oncologists to hospital administrators and public safety personnel.”

Nurses are making incredible strides towards producing new levels of comfort in hospital settings. Doctors and other medical personnel rely on nurses to get their procedures completed properly. As time goes on, the role of nurses in the workplace will only increase and the importance of these medical nurses will evolve.

Nurses are not just a part of a hospital, they are the hospital itself due to the amount of work they do without much recognition. Doctors do their best to make an accurate diagnosis on the conditions of each patient that enters the facility. Nurses provide care to the ill, not just through their daily tasks, but also with their propensity to care about others. More specifically, “nurses help people and their families cope with illness, deal with it, and if necessary live with it, so that other parts of their lives can continue.”

Doctors understand the high-risk situations of patient care, but not nearly to the same degree as nurses understand the matters that plague the facility. Nurses are not only medical personnel, they are also human beings. Humans have the innate ability to comfort others during times of distress, and nurses are no exception to this fact. Furthermore, “nurses do more than care for individuals. They have always have been at the forefront of change in health care and public health.” In the hospital setting, nurses are the individuals that every person goes to in the event of an emergency.

The nurse is always present, alert and well responsive to the needs of their patients. Nurses not only construct the backbone of the medical workplace, they provide love to the patients that require it the most.

What medications to take for a sore throat?

What foods to avoid with gallstones?

The Most Essential Nursing Skills 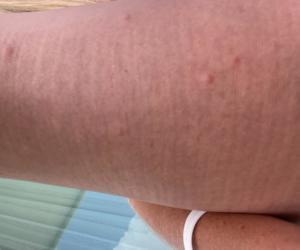 When can I shower after gallbladder surgery?

Can I take pain medications if I have diabetes?

What is causing the nausea?