In an economy slowly recovering from the recession back in 2008, nursing has been announced as one of the fastest growing jobs on the market. As a profession that will never die, more health care professionals are needed to serve in hospitals now more than ever, but unfortunately unflattering situations in the workplace seem to be driving potential nurses away from the field. One of the biggest concerns for nurses and their patients alike is the overwhelming number of patients each nurse must tend to. This makes nurses feel burnt out by the end of their shift, and can also lead them to make clinical errors.

In an article about the nurse-to-patient ratio dilemma, the American Nurse Association writes, “If nurses continue to be driven out of the profession by burnout, understaffing, and incivility and bullying, we are no closer to a solution than before” (Carlson). Understaffing and massive hospital budget cuts lead to the problem with the ratio, consequently causing dangerous condition to nurses and patients alike, “Inadequate nurse staffing levels by experienced RNs are linked to higher rates of patient falls, infections, medication errors and even death. As a result of massive reductions in nursing budgets, combined with the challenges presented by a growing nurse shortage, fewer nurses work longer hours and care for sicker patients. This situation compromises care contributes to the nursing shortage by creating an environment that drives nurses from the bedside” (Carlson). 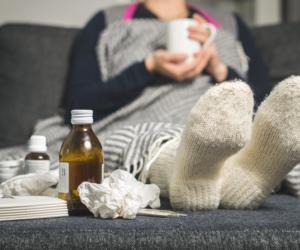 Don't Feel Guilty: Calling in Sick as a Nurse

However, there are some that believe that this won't work. A nurse-patient ration may solve the issue temporarily, but healthcare facilities should keep in mind of other factors that could be making their nurses burn out.

Alternatively, some experts, such as John Welton, advocate for hospitals to change the way they bill patients and pay their nurses rather than adjusting the nurse-to-patient ratio. Welton says historically nurses cared for individuals in the home and mostly worked in hospitals following and partially as a result of the world wars. Now nurses populate hospitals everywhere and are paid by the hospital rather than individuals.

Welton argues then a nurse-to-patient ratio won’t solve anything because it doesn’t calculate patients individually. Instead of paying nurses according to how many hours of care per patient as they did previously, hospitals simply charge their customers the standard average rate, no matter how little or intense their hospital experience might have been.

Welton also explains in his article that “there is no direct accounting of nursing intensity or costs for individual patients, only a single mean cost of nursing care per patient day without any acknowledgment in the billing or payment system that different patients require different levels of nursing care. This lack of additional payment to a hospital creates a strong disincentive for hospitals to increase staffing and is one of the primary reasons the hospital associations are fighting these proposed laws as they appear in various statehouses across the United States.Mandatory, nurse-to-patient staffing ratios purport to address the perceived imbalance between patient needs and nursing resources yet they do not address the very different levels of treatment complexity and nursing intensity among patients in a given unit” (Welton).

He writes that nursing fees are tacked onto an invoice in one of two categories, of which do not take the individual patient into account. If a patient was charged a little more, as an individual, it could solve this issue significantly and create an impact for both patients and nurses. He goes on to say, “Currently direct nursing costs are allocated to one of only two accommodation cost centers: routine (floor) care and intensive care. All nursing costs are treated as a lump sum and then averaged and standardized per patient day. Since direct nursing care hours and costs are highly correlated, this accounting approach implies that all patients within either the routine or intensive cost centers receive the same level of nursing care” (Welton).

Regardless of the method of solution, whether it be a federal act to bridge the gap between the nurse-to-patient ratio or changes to the hospital billing symptom, steps can be taken in order to prevent the spread of this growing problem: 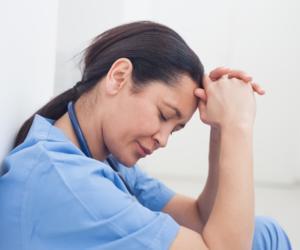 Improving the Mental Health in Nurses: What Should... 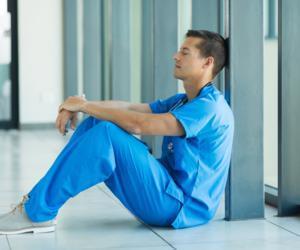 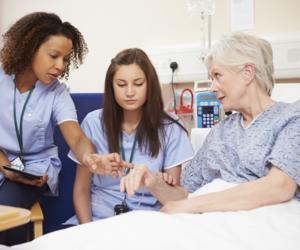