For parents, treating their children is the most important task possible. However, it can often be immensely confusing when certain treatments and medications are saviors for some children while hardly affecting others. Oxytocin is one of these treatments that has seen a wide range of responses among children with autism spectrum disorder. But why is that? A recent clinical trial has analyzed which children are likely to respond to this treatment positively, as well.

According to the Center of Disease Control and Prevention, approximately one in 68 children, by only the age of eight years old, will diagnosed with autism spectrum disorder. However, this does not mean that it is always diagnosed so easily. Autism can often go undetected, leading to why the exact rate of autism in adults is not known.

In children with autism spectrum disorder, it is common to struggle when attempting to communicate, possess a lack of empathy, and fail to integrate into social groups or norms. However, sometimes diagnoses can be difficult, as even neurotypical children often display these same traits.

For children with autism spectrum disorder, or ASD, symptoms can vary widely. Sometimes these children display inabilities to effectively to communicate, but sometimes symptoms can also include development of fixations and tics.

Of course, the parents of these children are always on the hunt for treatment, even though there is no cure for ASD. Certain treatments are capable of improving symptoms if taken over time; however, there is a frustration among both the children with ASD and their parents because results vary immensely by the individual. Therefore, researchers and specialists are looking further into the most efficient way to administer these treatments by conducting clinical trials, and researching why the treatments are more effective for some than others.

One such treatment among children with ASD is oxytocin, which is a hormone with a connection to emotional and social reactions. Studies have shown that the treatment has succeeded in improving social behavior and interaction for children with ASD. However, it is one of the aforementioned treatments that, unfortunately, has a wide range of levels of success based on the patient. Some children respond positively, while some remain relatively unaffected. Therefore, researchers set out to find out why there is a discrepancy in effectiveness among different children, and which children are most likely to benefit from the treatment.

Background on the study

The clinical trial was led by Karen Parker, Ph.D., Associate Professor (Research) of Psychiatry and Behavioral Sciences (Major Laboratories and Clinical Translational Neurosciences Incubator) at the Stanford University School of Medicine in California. For more information on her and her colleagues study, its findings have been published in an online issue of Proceedings of the National Academy of Sciences.

Parker's study was largely influenced by a previous research study that included senior author Dr. Hardan many other of the same researchers. It was published in 2014. This prior study also studied oxytocin, by analyzing how levels of it often fluctuate drastically among children, whether or not they have ASD. Not only that, but it showed that whenever children have these low levels of oxytocin, they cannot easily function socially, completely apart from autism.

Dr. Parker and her team's research was novel because it set out to discover why children were differently effected by oxytocin treatment by studying how the original levels of oxytocin children with ASD have effects how they react to oxytocin treatment. No previous studies had addressed this specific aspect of the treatment, which were more directed at oxytocin treatment without context of a patient's history.

The clinical trial was conducted by separating 32 children who have autism spectrum disorder into separate groups, where they would receive different treatments. Before the trial began, parents of the children completed questionnaires that gave the researchers insight into the children's behaviors before the treatment. The first group was administered nasal oxytocin spray treatment, two times a day for a month, while the second group received a placebo spray. After the treatment was completed, the parents were given the same questionnaire, so the researchers could assess whether their trial had or had not impacted the behavior of the children.

The researchers reported that in the first group, who were administered the oxytocine nasal spray treatment, those who originally possessed the lowest levels of oxytocine had displayed the largest difference in behavior from before to after the clinical trial.

However, in terms of other symptoms of autism spectrum disorder, such as tics or fixations, there was no noted difference. The only change the clinical trial displayed was in children's behavior. Fortunately, the clinical trial did not show any adverse reactions of children to the nasal oxytocin spray, solidifying its safety and reliability as a treatment parents can trust for their children.

So, one might think this means the nasal oxytocin spray definitely had an effect on children's behavior. While this may be true, it is also interesting to note that social behavior was reported to have improved among children who had received the placebo as well, at a lower rate. Once again, the children that originally possessed low levels of oxytocin displayed the highest amounts of improvement. In fact, on top of the oxytocin nasal spray, some children began to naturally produce more oxytocin as well.

Dr. Karen Parker states, "our results suggest that some children with autism will benefit from oxytocin treatment more than others, and that blood oxytocin levels might be a biological sign that will allow us to predict if a child will respond maximally or not." She and her colleagues believe that there is a possibility of an underlying biological reason for the outcome, which is found increasingly often in clinical trials, especially when they include psychological and psychiatric treatments.

Dr. Parker explains that more studies that seek to explain the placebo effect for children with autism, and its benefits, could prove to be very helpful. The researchers also believe that it would be effective to replicate their study on a bigger and more widespread scale, despite the fact that their own study has been successful in addressing possible benefits of oxytocin in precision treatments and the necessity of analyzing original levels of oxytocin among patients. The researchers ideally would like to see the studies go forward at the National Institutes of Health.

Dr. Hardan explains the views of the researchers regarding moving forward with the study, "if our findings are replicated in the large NIH-funded trial, then I might consider doing baseline oxytocin measurements as part of my clinical practice to try to determine if specific patients will respond. Because of the heterogeneity of the disorder, we need to start doing clinical trials not to see if there will be a response, but more to see who will respond to possible treatments."

This switch to assessing who will or will not respond to possible treatments will, of course, provide a large relief on families with children who have autism spectrum disorder. It will also pave the way for future pathways of research, and how to treat children with ASD effectively. 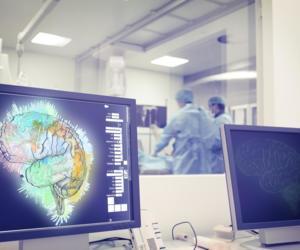 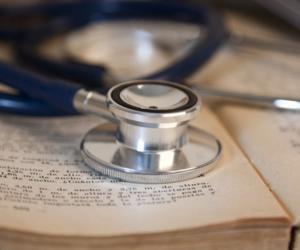 Deletions Within Certain Chromosome Can Lead to Autism Development