The fetal development environment can be affected by factors in nature and changes both indoors and outdoors. Consider the complexity of the human body and the fact that it’s all taking place within another human being—it’s overwhelming.

Such a complex creation is created within another being, while that being is living their normal life working, eating, socializing, driving, shopping; everything.

I'm pregnant and feel like I have period cramps?

Autism has been a popular topic of discussion in the medical field, with more and more cases being diagnosed each year. There is speculation on the causes of autism, but there hasn’t truly been a way to pinpoint actual cause. What is known about autism leads researchers and scientists to the conclusion that it’s something the child is born with or develops shortly after, and it can’t be reversed. This instills fear in future parents about the unknown – what causes the condition and is it preventable?

Scientists have worked feverishly to figure out where in the development of a human autism presents or forms; is it preventable, and why does it happen? There have been many risk factors that have already been identified, including but not limited to maternal age upon conception, air pollution, pesticides, infection, diabetes, smoking during pregnancy, drinking alcohol during pregnancy, and time between pregnancies. Most of these factors negatively affect the fetus and put the child at risk for more than just autism.

Scientists have been researching the potential impact that endocrine-disrupting chemicals might have on the unborn fetus when the mother comes in contact with them.

When you think about your feelings, they are triggered by experiences, your environment, and the way you absorb your surroundings. When you have high levels of adrenaline and cortisol, you are less likely to be able to cope with stressors or function normally. You may feel on edge and be quick to jump down people’s throats, even if you are aware of it. High levels of serotonin or dopamine have the opposite effect, making it easier to cope with stressors, loss, and completing tasks. Excess of any of these chemicals can disrupt your ability to function normally and in some cases, makes it impossible, which is why it’s so important that your endocrine system works appropriately. Without your endocrine system, the regulation of hormones wouldn’t be possible, which is why it is so critical that this portion of development (like all others) isn’t hindered in any way.

So, what chemicals are responsible specifically? Chemicals that contain phthalates, such as cosmetics, vinyl raingear, PVC pipes, shampoos, scented candles, baby toys, food and beverage containers, and household cleaners, are culprits. Although there are thousands of other known chemicals and neurotoxicants in the air pollution that we breathe outside and in cities, it can be impossible to determine the magnitude of the effect on each individual pregnancy and conception.

Unfortunately, due to carrying mothers not knowing all the risks associated with certain chemicals and environmental factors, exposure to these chemicals exists. What is most frustrating is most of what harms us is what we can’t see, which is the case in pregnant mothers. Have you ever been walking down the street and come across a scent that makes you jump? A dead animal, burning plastic, spray paint – all of these scents can cause you to perk up and be more alert, because your body recognizes these scents and the composition as toxic or dangerous.

Scents aren’t invisible; they just aren’t visible to us. Scents are a combination of particles, bacteria, and other particulates that are released during chemical reactions taking place, resulting in a scent. So, when you are walking down the street, pregnant, and keep getting whiffs of spray paint, you should cover up your mouth and nose. Even though you can’t see the paint, you are breathing in particles from it if you can smell it.

Interesting enough, a mother’s sense of smell is heightened significantly during her pregnancy, arguably as a defense mechanism for her unborn child. Being able to smell things without seeing them, at a greater distance and concentration than your everyday individual, would keep the woman and her unborn child away from danger. Pregnant mothers can use this to their advantage to keep their developing child away from scents and chemicals that she knows could hinder development in some way.

Preventing and Aiding in Disability

What can be frustrating about autism is how debilitating it can be on both the child and the parents. Parents are required to monitor their child and/or obtain specialized care that do so while they work. Autism can leave some children unable to communicate or socialize with their friends and family, affecting both the child and others. Scientists are getting closer than ever in determining what environmental chemicals effect certain portions of genome development, which allows them to get a better understanding of how to treat it.

Autism can feel like a helpless condition and in many cases, it is just that. As time has gone on and more research is being done, scientists are able to adapt treatments towards younger children, lessening the impact that autism has on their future. If doctors, researchers, and parents know what caused autism, they can do their due diligence upon the birth of the child (maybe even during the pregnancy) to reverse the effects of the chemicals, either preventing or lessening the impact on development. It is a large feat in the research industry to be so close to cracking the mystery in a condition that has exploded over the past decades, but advances in technology are making it possible.

Scientists are also developing different methods of screening on patients with autism that are able to retrace the patient’s entire chemical exposure. This means, if a child was exposed to a certain chemical during pregnancy, develops autism, and has a test like this done, researchers can connect the dots over a wide range of data to see what puts children most at risk. These tests will also show scientists how and when the patient’s body reacted to the chemicals and will provide a much more effective treatment plan. Although tests like this aren’t currently available to the public, they are being researched and tested in specialized institutions so that one day, hopefully someday soon, doctors can look back on patient’s entire medical history at a molecular level.

When you think of how much research and knowledge has been obtained on autism in such a short period of time, it’s astounding. Researchers and scientists continue to give hope to families struggling with an autism diagnosis who continue to look toward the future.

How can I increase my vitamin D during pregnancy?

Do People with Autism Also Have Mental Health Issues?

What position is the baby in at 16 weeks? 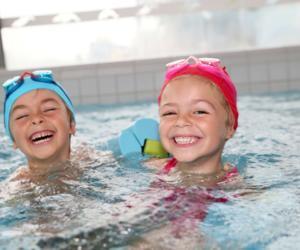