When it comes to the treatment of autism, researchers are still struggling to fully understand what options are best. In addition to learning how to treat the symptoms of autism, doctors are also still trying to figure out exactly what causes the condition to develop in certain children. While there remain a considerable number of questions about the origins and best methods for treating autism, a recently completed study does shed some light on the potential differences in how symptoms of the condition present in males and females. The results of the study are limited and don’t provide any information about alternate or new medications to reduce the symptoms of autism, but the results of the study may enlighten the medical community and provide some help with regard to treatment.

A study recently published in the journal Autism Research was designed to examine possible differences in how males and females are affected by autism. The study was conducted by a team of researchers from the Center for Autism Spectrum Disorders at Children's National Health System, the National Institute of Mental Health, and The George Washington University. 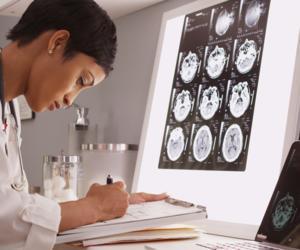 Participants in the study ranged from ages 7 to 18 and were matched for levels of intelligence, age, and level or severity of symptoms, as well as being matched for where they fell on the autism spectrum. This study was the largest one to be completed up to this point studying variances in executive functioning between males and females.

We should note that the data was collected and provided to researchers by parents. Because all parents are different, the collection of the data is somewhat subjective and therefore open to some questions about how applicable the results may be. Even so, given the sheer amount of information collected, the study nevertheless does provide some valuable information.

The results of the study

Overall, the results of the study indicated that males and females do manifest the symptoms of autism differently. Based on the data that parents reported, researchers concluded that females struggle with certain tasks more than their male counterparts.

According to Dr. Allison Ratto, a psychologist at the Children’s National Health system and a member of the research team behind the study, the researchers were attempting to examine the impact of autism symptoms on daily tasks that subjects would actually perform on a regular basis. Ratto noted that a lot of studies which examine the symptoms of autism do so by examining the observed behaviors that are used by clinicians to provide a diagnosis of autism. As was the case with this study, when researchers examined autism symptoms as they present in a realistic context, they’re provided with results that weren’t previously available.

What's surprising about the results

If you’re very familiar with autism or with the body of research and literature on the subject, then the results of this study may come as somewhat of a surprise to you. Traditionally, autism is thought to be more problematic for males than it is for females. There are some good reasons why that belief is commonly held, but as this study showed, it may not be correct.

The research team explained that one of the reasons why people tend to think that autism is more severe in males, and why the results of this study were somewhat surprising, is that autism is much more common in males than it is in females. If you noticed in the section above, this study examined only 79 females in comparison to 158 males, that’s half the number of girls compared to boys. If a 2 to 1 ratio seems fairly lopsided, then consider that it’s actually more lopsided in the real world.

In practice, 3 boys are diagnosed with autism for every 1 girl. The study conducted by Dr. Ratto and her research team actually reduced the disparity between male and female subjects for the sake of the study. Because males are diagnosed at such a higher rate than females, information about how the symptoms of autism present differently in the two groups may tend to get a bit obscured.

Dr. Lauren Kenworthy, the director of the Center for Autism Spectrum Disorders and the senior author of the study, compared the available data about females and males on the autism spectrum to the problems that the medical community once faced with regard to heart disease. Because heart disease is so much more common in males, there’s a vastly greater amount of research and literature available on the subject and how it specifically impacts males.

Implications of the data

Perhaps the most obvious implication from this study is that males and females are affected differently by autism. On the surface, that may seem like a pretty basic observation to make, but given the lack of data on how autism affects females, it may have more of an effect on future research than you’d expect.

The next implication is maybe equally vague, but equally important. Contrary to popular belief up to this point, autism may not be more severe in males than it is in females. While autism is certainly more common in males, and this study didn’t attempt to address a question of prevalence, its commonness may not mean that it’s a bigger problem. According to this study, although autism seems to affect fewer females, when females do present with the condition it will have a greater impact on many of their daily tasks.

Researchers are hopeful that this study will open the way for continued research into how the symptoms of autism affect children, and specifically into how these symptoms may be different in males and females. Dr. Kenworthy noted that with more information about the ways autism presents in children, and specifically in females, medical providers may be better able to correctly diagnose and treat the condition at an earlier stage which will then help those children in the long run.

There are still plenty of questions that researchers and medical providers have about what causes autism and how the symptoms of the condition manifest in kids with the condition.

If anything, the recent study completed by Dr. Kenworthy and her team of researchers highlights the lack of knowledge that still exists about the different ways autism can affect individual children, and about the differences that may be generalizable between male and female patients.

Hopefully, the results of this study will help the research community to continue exploring more fully the nature of autism and the specific ways it can affect individuals.

Is There a Cure for Autism? 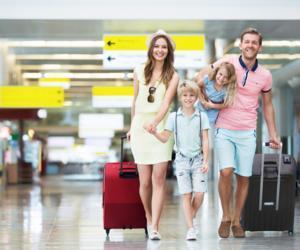 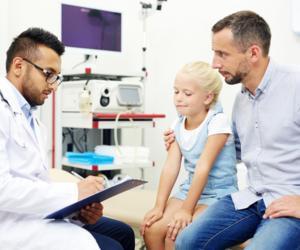