What is a barking cough?

The medical term for a barking cough is croup. It is a medical condition that tends to irritate a child's upper airways. It can also be used to describe the inflammation of the larynx and trachea in children. There are a variety of reasons or inflammatory conditions, which can lead to the occurrence of a barking cough. These conditions are often characterized by their varying degrees of inspiratory stridor, which is also termed as airway obstruction, hoarseness, and a barking cough due to the obstruction it causes to the area of the larynx.

Below are the organs, tissues, and structures that are included in the upper respiratory tract: 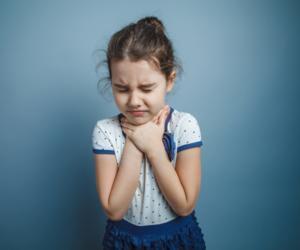 When it comes to croup, its main characteristics are swelling and inflammation around the windpipe and vocal cords.  Most of the time, the children who suffer from croup tend to recover within a few days. However, in severe cases of croup, hospitalization may be required.

Croup is seen as a common respiratory condition in children. It can be caused by any type of allergic reaction as well as viral infections. A child who suffers from croup would have a cough that sounds like a seal barking along with making a rasping noise, which is known as stridor as they breathe in.

Around 3 percent of children are said to be affected by this medical condition every year, especially during winter and autumn seasons. Children who are 3-6 years old are more susceptible to getting the condition. However, older children can also get affected.

Croup Due to Viral Infections

According to research studies, other cases of croup may be caused by the following harmful microorganisms:

A viral infection that tends to escalate into this medical condition would also typically take the following course:

Apart from viral infections, a barking cough can also be due to a bacterial infection. Bacterial and viral infections usually affect the same respiratory regions. However, in this case, it is a bit more severe. Moreover, the mode of treatment would also be different.

It has been seen that most cases of croup are caused by a secondary form of bacterial infection due to Staphylococcus aureus and other types of bacteria which would include:

When it comes to the treatment of a barking cough, antibiotics may not be beneficial since most cases of this condition are due to viral infections instead of a bacterial infection. The conventional mode of treatment would involve over-the-counter medications for colds and cough.

In certain cases, the doctor may also prescribe steroids such as prednisone, dexamethasone, and prednisolone. These medications are often suggested to the patient to reduce swelling and inflammation of the airways.

If croup becomes severe, then the child is immediately put on a breathing treatment, which contains a medicine called as epinephrine. This medicine is known to quickly reduce airway swelling. Over-the-counter medications, epinephrine, and steroids are all known to reduce the symptoms very quickly. However, one should not forget that they are accompanied by their own list of side effects, which can be harmful as well.

In severe cases of croup, hospitalization would be required. But how will you know if your child needs to be taken to the hospital? If your child finds it difficult to breathe, then it is important to seek immediate medical help since breathing difficulties can lead to certain complications. However, most cases of croup are usually mild in form and can be best managed using home remedies.

On an average, about 5-6 percent of children with croup need to be hospitalized. As per the randomized controlled trials or RCTs, it has been found out that in comparison with placebo, just one dose of oral dexamethasone given to children with mild croup can decrease the outcome in the coming 8-10 days.

Steroids medications are in no way capable of reducing the length of the infection. However, they are known to contain anti-inflammatory activities that can help reduce the severity of breathing difficulties. Prednisolone can also be used as an alternative instead of dexamethasone in certain cases.

Natural Remedies for a Barking Cough

It has been seen that almost 90 percent of croup cases can be successfully treated at home without the need for any medical intervention. Most of the time, croup in children would go away on its own. Moreover, according to research, it has been shown that croup and any other viral infections do not respond to antibiotics. The following are natural remedies for croup that you can try at home:

Anyone who has an upper respiratory infection or breathing issues needs to breathe in moist air. To get immediate relief, one can go into the bathroom, shut the door, and turn on the shower to its highest heat setting. But remember not to go to the shower room or let the child into the shower room. Instead, it is better to sit outside the shower while it runs inside and try to breathe in the warm steam for around 10 minutes.

You can also use a cool mist humidifier in the bedroom during nighttime to put a continuous stream of warm mist into the air. It can help reduce the frequency of coughing, thereby making it easier for the individual to easily breathe. A spasmodic barking cough may significantly improve with the help of a cool mist vaporizer.

One of the recommended treatments for croup is to drink lots of fluids. It is mostly recommended by both the holistic health practitioners as well as doctors who take the conventional method.

Similar to the common cold, it is very important to keep oneself hydrated. Water has always been the number one option when it comes to increasing fluid intake. When it comes to small babies or infants, breastmilk is enough. For the older children, they can take soups, coconut water, homemade fruit juices, or broths.

By keeping oneself hydrated, any fluid loss due to fever can be replenished. It would also be easier for the body to fight off against any type of infection. Other warm liquids that can be consumed are herbal teas, soups, or broths. They are excellent when it comes to helping the vocal chords relax as well as loosen any sticky mucus. At the same time, it becomes quite important to avoid food items that can lead to an increase in the production of mucus. They include dairy foods, highly processed food items, and foods high in sugar.

For those suffering from a barking cough, it is essential to take an ample amount of rest. But the one suffering from croup would find it difficult to rest in a flat position. It would make breathing easier as well as reduce the coughing if the patient is propped up well with the help of pillows. In the case of older children, you can raise the head of the bed to help the natural mucus to drain and help your child to easily breathe. 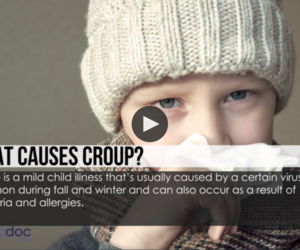 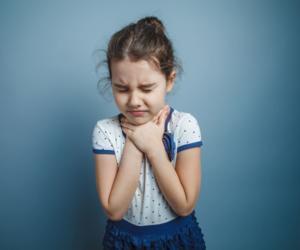 What Are the Different Types of Croup? 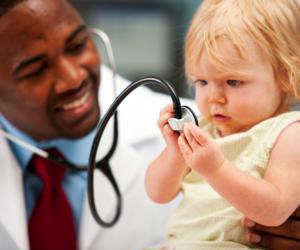