Adenoids are the immune system’s component which assists in the fight against infections and offers the body protection from viral and bacterial attack.

Adenoids are found in children only. They begin to develop as soon as a child is born and reach their maximum when the child is around 3 to 5 years old. However, when a child becomes seven years old, the adenoids start to become smaller and become almost invisible when the child is in their late adolescence stage. The adenoids disappear completely when the teenager becomes an adult. The reason for the disappearance of adenoids is because, unlike in childhood, they are no longer an important immune system component in adulthood. These adenoids are not visible by just looking at your child’s mouth.

How long will it take to recover after tonsillectomy?

Adenoidectomy is a prominent surgical operation aimed at removing adenoids. Mostly, adenoids and tonsils are removed together since chronic infections that affect the throat and respiratory system make both glands inflamed and infected.

Why the Adenoids Are Removed

Adenoid removal is recommended if they obstruct nasal breathing or if they lead to severe pain in the ears or deafness. The adenoids include immune system’s white blood cells and are found beside the tonsils. In childhood, adenoids and tonsils are believed to be essential in children since they release antibodies which fight bacteria that enter the body of a child via the mouth and nose. However, in adulthood, adenoids do not assist in health maintenance since they become smaller and eventually disappear completely.

When a child is age 2 to 6 years old, chronic infection can affect the adenoids making them inflamed and swollen. As a result of these issues, the affected child may experience breathing troubles, particularly while sleeping. The swollen adenoids can also obstruct the Eustachian tubes connecting the ears to the back of the throat. This blockage can lead to hearing issues until the obstruction clears. Therefore, adenoidectomy is performed to get rid of the infected adenoids. Tonsillectomy and adenoidectomy procedures are performed to remove both tonsils and adenoids at the same time. The reason these two procedures are performed at the same time is because if one is infected, the other will become infected as well.

Enlarged adenoids obstruct air passages and can lead to:

Constant infections in the middle ear as a result of enlarged adenoids and blocked Eustachian tubes have numerous effects. Hearing loss is one of these effects and in-turn can cause speech issues.

Your child’s pediatrician may recommend that the adenoids be removed if the child has serious infections in the ear or throat that:

The mouth and throat are more vulnerable to heavy bleeding as compared to other body parts. Therefore, your doctor may ask that your child’s blood be tested to establish if it clots as it should and whether it has the normal white and red blood cell count.

In the week before surgery, do not give your child any medicine that can affect blood clotting, medicines like aspirin and ibuprofen for instance. You may give the child acetaminophen to relieve pain but consult your doctor if you are unsure about the appropriate medicines.

Adenoidectomy is done under general anesthesia. The procedure is generally performed in a mostly outpatient setting. The removal of adenoids is done through the mouth where the surgeon inserts a tiny device. The surgeon then cauterizes the adenoids or cuts them lightly. The adenoid site is cauterized and packed with absorbent material to control bleeding in the course of and after adenoidectomy. Normally, stitches are not needed for an adenoidectomy procedure.

After the operation, your child is taken to a recovery room where they will remain until they become fully awake. They will be given pain-relieving medication to minimize swelling and pain. In most cases, the child will be allowed to go home on the surgery day. The child will most likely take 7 to 14 days to recover fully from the adenoidectomy.

What Should You Do After an Adenoidectomy?

It is normal for your child to have a sore throat lasting 7 to 21 days after the operation. Ensure that the child drinks plenty of fluids to remain hydrated. The child will feel less pain if properly hydrated. Prevent your child from eating hard, crunchy, hot, or spicy foods for a few weeks after the adenoidectomy. Instead, give your them cold fluids and desserts to sooth the throat.

The following diet and drinks are suitable for a child experiencing a sore throat:

You can put an ice collar on the front part of your child’s neck for pain and swelling relief. Prevent your child from performing strenuous activities for seven days after the operation. The child may resume school within 3 to 5 days depending on their readiness as well as the approval from the surgeon.

When adenoids swell or get infected, they can cause breathing difficulty and lead to various problems such as:

Extremely few health issues arise as a result of adenoidectomy, apart from bleeding which is very rare. Bleeding needs much attention, especially for very young children since they usually do not notice it. For this reason, children normally remain in clinic or hospital for a couple of hours before they are allowed to go home for close monitoring. If the child bleeds after the procedure, the surgeon may put a gauze into his or her nose to prevent further bleeding and the gauze may be removed one or two days later. The operated site may also become infected, causing more pain, slight bleeding, and fever. Antibiotics and bed rest are effective treatment options for such infections.

Call your general practitioner or visit your nearest emergency department as soon as your child develops the following signs and symptoms:

After the adenoidectomy, your child may develop minor health issues such as:

The majority of these symptoms will normally last less than four weeks. Therefore, consult your GP if the problems persist past this period.

The surgery site may develop a bacterial infection after the procedure. Therefore, your doctor may prescribe some antibiotics to your child for infection prevention.

Some patient may be allergic to anesthetic medication which is used during surgeries. However, the chances that your child will have a severe allergy to anesthetic are very minimal if they have good overall health.

Approximately 1% of children who have adenoidectomy develop symptoms like dizziness, headache, or sickness which last for a short time.

In rare cases, excessive bleeding (hemorrhage) may occur as a result of the adenoid removal. This complication requires further treatment such as insertion of a dressing gauze or cauterization.

Less than 1% of children whose adenoids have been removed experience hemorrhage. If hemorrhage occurs, it is imperative that emergency treatment is sought to cease the problem as soon as possible before the child loses a lot of blood.

How to Prepare for an Adenoidectomy

My daughter breathes through her mouth due to her adenoids...

What kind of anesthesia is used for adenoidectomy?

More from FindATopDoc on Adenoidectomy (Tonsillectomy) 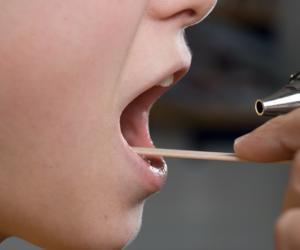 Reasons Why You Need an Adenoidectomy 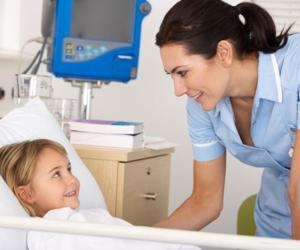 Recovery for a Tonsillectomy, Adenoidectomy, and Septoplasty

Is it risky for children to go under anesthesia?

What to Expect After an Adenoidectomy

Recovery for a Tonsillectomy, Adenoidectomy, and Septoplasty