Anyone with a list of ADHD symptoms can speculate about the possibility of an ADHD disorder, but only a specialist can clearly determine the cause of the symptoms. Nevertheless, it’s always advisable to take note of alarming signals that may point to ADHD and report them to your general practitioner.

The general practitioner is not the final word on an ADHD diagnosis, but they may be in a good position to offer an unbiased suggestion to your speculation.

Among the issues the general practitioner will raise questions like:

It is important to be honest about your symptoms as a child because ADHD very rarely develops in adulthood, but usually starts in childhood.

If your general practitioner is convinced you or your child may have ADHD, they should refer you to a specialist who will be able to more accurately provide a diagnosis of the problem. Among the health care providers recommended are psychiatrists, paediatricians, a social worker or learning disability specialist with knowledge on ADHD.

All these specialists take their cues from the American Academy of Pediatrics or the American Psychiatric Association’s Diagnostic and Statistical Manual (DSMV), which require specific criteria.

For hyperactivity and impulsivity

After a  detailed examination, one of the three diagnose are possible:

ADHD: How it Impacts the Family 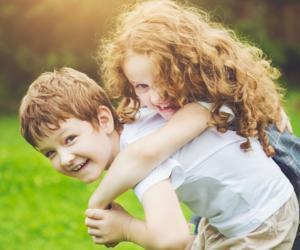 Is ADHD More Common Among Boys or Girls?

Can a diet help treat my child with ADHD?

How can chiropractors help my son's ADHD?

Can counselling help an adult with ADHD?

Raising a Child with ADHD