Children who are Late Talkers may have problems with behavior and emotional development as toddlers, but this may not persist into their teenage years, according to a study published in the journal, Pediatrics. In this study, the researchers followed 2,800 children from birth up until they were 17-years-old. There were about 142 children who showed mild behavioral and emotional problems as toddlers. Results of the study showed that these children did not have a high risk of issues like attention deficit hyperactivity disorder, behavioral problems, anxiety, or depression when they grew up.

These findings support the view that children who are Late Talkers, but with otherwise normal development, should be given some time before starting with behavioral, and speech and language intervention, say study authors led by Andrew J.O. Whitehouse, PhD, of the University of Western Australia in Subiaco, Western Australia. 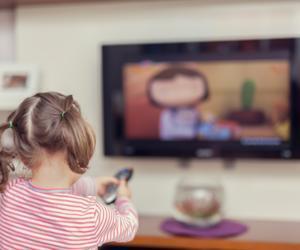 About 18% of the children are Late Talkers but most of them catch up with their contemporaries by the time they start school. However, researchers warn that the findings do not apply to those children who have persistent language impairment or other developmental delays. None of the children in the study had any other developmental delays, intellectual disability, or hearing problems. The only problem to be noted was delay in expressive language.

Melissa Wexler Gurfein, a speech-language pathologist in New York City, says that whether the children are able to catch up with their peers is not very important. It is very hard to find whether a child, who has been identified as a late talker at 2-years-old, will achieve the same level of language skills as others in the same age group. Gurfein feels that it is normal for children who have difficulty in expressing themselves to have behavioral problems too and the inability to communicate properly may be the reason behind the unusual behavior.

As the child grows and develops the language skill that is appropriate to his age, the problems in behavior resolve on its own. But for a child who continues to have language delays as he grows, this may not hold well. So the best way to help a child who is identified as a Late Talker is to provide early intervention that will help him to communicate as much as possible.

“The findings of the study reassures the parents of the child who is a Late Talker that the delay is not a risk factor for emotional and behavioral problems later in his life”, says Andrew Adesman, MD, the chief of developmental and behavioral pediatrics at Steven & Alexandra Cohen Children's Medical Center of New York in New Hyde Park. Children are expected to express up to 50 words by the time they are two year old, he says. For children who are not able to learn up to that many words, one should see whether they can follow simple commands used in the daily life.

One should worry more about those children who have receptive language delays and difficulty in socialization. Briggs adds that parents should make a note of the new words spoken by the child so that they do not over-estimate or under-estimate the number of words their child speaks to discuss with the pediatrician. She warns that one should make sure that the child does not have any serious language disorder that may affect them later in the life.

My second child is 14 months old and hasn't taken her first steps. Is something wrong?