Apert syndrome, named after the French physician who described the condition for the first time, is a genetic disorder characterized by several birth defects. Children with this syndrome will have an abnormally developed face and skull. This syndrome is rare and in most cases, it develops even when neither of the parents have the disease. Fortunately, none of the symptoms of the disease are lethal, but may affect the routine activities of the child. Thus, the syndrome is not life threatening but may affect the general health of the individual.

This syndrome results from a mutation in one of the genes that are responsible for bone growth and fusions during development. The syndrome is seen only in one out of 65,000 babies born. The mutated gene causes premature fusion of the skull bones. This process is known as craniosynostosis. As the brain develops within the fused bones, it starts applying pressure on the skull.

Which specialist do I see for my son's dislocated arm?

This syndrome can be identified with the help of following symptoms in a newborn:

Premature fusion of the skull bones result in other disorders like:

Abnormal shape of the face and head during birth of the child is the most common symptom and the condition is diagnosed by genetic testing.

The syndrome does not have a complete cure, but the bone fusions can be corrected by surgery. During surgical correction, the fused bones are separated and rearranged as the first stage when the child is about 8-months-old. In the next stage, the bones of the mid-face are realigned in their proper positions. This stage is performed when the child is about 10-years-old to 12-years-old. During this procedure, the wide-set eyes are also adjusted by removing the bone between the eyes.

Dryness of eyes can be treated using eyedrops. Obstructive sleep apnea is managed by using a mask that provides air pressure to maintain the air passages open during sleep. If the condition is severe, a breathing tube may be placed in the neck through surgery to allow smooth respiration. Antibiotics are suggested to control frequent infections of the ear and sinus. Other treatment options may depend on the type of symptoms that a child has.

How long do you stay in hospital after kidney stone...

How To Best Maintain Your Mommy Makeover

What is the shooting pain in my neck?

More from FindATopDoc on Apert Syndrome 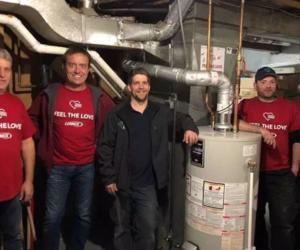 What could a dull aching pain in the testicles mean?