The inability to recognize faces is a particular behavior that is not the same for all autistic children. Learn more here.

According to the World Health Organization (WHO), around 1 in every 160 children has an autism spectrum disorder (ASD). ASD refers to a developmental disorder characterized by varying degrees of impaired social interaction, disturbances in communication and language, as well as repetitive behaviors. 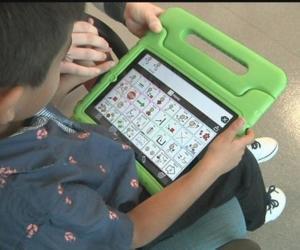 UK resident Jon Roberts reached out to social media, asking the meaning of a certain trait of his daughter Kya, received an autism diagnosis at the age of 2. In his post, Roberts talked about how his “daughter loves school and can name all her friends and teachers in a photo but if she sees them in a park or a shop she blanks them as if she has never met them before.”

The post generated a lot of responses, making evident that numerous autistic children find it difficult to recognize faces out of context. More specifically, how autistic children fail to recognize known individuals with a different setting. “My daughter does this, she has 1 special friend who she adores at nursery, yet she saw the same girl in Sainsbury’s and it was like she didn’t know her, no response at all. I think she associates people with places, out of those places she doesn’t recognise them” wrote one social-media user.

Now, Kya is six years old and Roberts has learned to appreciate what he calls his daughter’s “beautiful quirks”. He has authored a simple-to-read picture book titled “Through the Eyes of Me”, based on his experience of raising his daughter. “Its main purpose is to help siblings, classmates and anyone who knows of someone on the autism spectrum to understand autism a bit more and to answer some of their questions about things that some autistic people might do” he said. As Kya is growing older, Roberts’s main objective is to raise more awareness on autism and to make sure that individuals who meet and spend time with his daughter understand her personality and why she does the things she does in a positive manner.

This is the same for autistic children, as they cannot generalize. “Their behavior is specific to the setting in which they have learnt it in the first place. If you teach them a particular behavior at home, they will do it at home only and might not respond in a similar way outside” added Dr. Kumar. Recognition is a sensitive memory measure and one that can show the effects of memory when recall fails. A majority of psychologists agree that recall is more difficult than recognition because retrieval is more of an issue when it comes to recall testing.

Another perception is interactive hesitation, where the child may not feel like interacting with an individual outside a particular context. “For instance, the child may have a lot of classmates but he or she may not be friends with some of them. In that case, they may not feel the need to interact with them outside a classroom. Autistic children experience difficulties in socializing and communicating. So, they may not interact with people sometimes even if they know them” said Dr Kumar.

Surrounding environment and interactive hesitation play a role in why some autistic children find it difficult to recognize faces, but for others, the problem lies in a condition called face blindness. Face blindness, also known as prospopagnosia, is a disorder that may be inherited or triggered by brain injury. It may be mild (inability to remember familiar faces) or severe (inability to distinguish a face from an object).

Face blindness may not be a “core symptom” of autism, but it is quite common among individuals with an ASD. In fact, up to 60% of individuals with an ASD have difficulty recognizing the faces of individuals they interact with on a day-to-day basis. In some cases, the disorder may be the underlying cause of the apparent lack of empathy or non-verbal communication difficulties. While there is no cure for face blindness, there are some compensatory strategies that can be taught to remember names.

Other strategies in which you can help an autistic child recognize faces include the following:

Despite the fact that individuals with autism share difficulties in social interaction and communication, each has his or her unique strengths, abilities, and interests. This is why some autistic children have clear face recognition problems, while others do experience these problems. By recognizing an autistic child’s emotions, you can teach them to build the knowledge and confidence to communicate their feelings in a way that is beneficial to both parties. 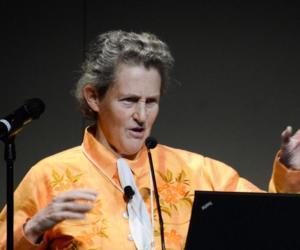 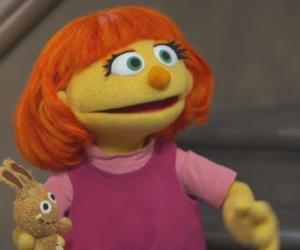